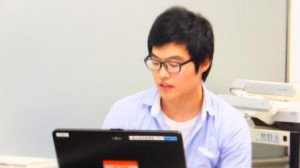 On 13 June 2013, in the first half of the seminar, Mr. Junho Yoon made a presentation on the June 2006 crisis of Timor-Leste and the United Nations Integrated Mission in Timor-Leste (UNMIT), referring to the last chapter of the “UN PKO and peace building” written by Mr. Katsumi Ishizuka. During his presentation, he first showed a background and details of the June 2006 crisis. After his brief explanation of UNMIT, he referred to several issues of peacebuilding operations in Timor-Leste in details, e.g. security, law-enforcement, judiciary and governance issues. Finally he pointed out an importance of exit strategy of UNPKO missions, by explaining the peace building process of Timor-Leste as an example. Following his presentation, Professor Kurosawa elaborated the exit strategy, by giving some examples of UNHCR and ODA assistance. He emphasized that it is difficult to decide when external actors withdraw from their operations on the ground.
In the latter half of the seminar, Professor Kurosawa mainly explained the Tokyo International Conference on African Development (TICAD) as TICAD Ⅴ was held from 1 June to 3 June 2013. Then he mentioned that main themes of TICAD Ⅴ were investments and trades whereas former first to fourth TICAD’s themes rather focused on assistances. He also pointed out significance of holding TICADs in Japan. According to him, the Government of Japan holds TICADs in order to enhance relationships between Japan and African countries as well as to expand investments of Japanese enterprises to Africa. Moreover, he referred to differences of assistance to African countries between Japan and China. Finally Professor Kurosawa showed DVD of international peace cooperation to Timor-Leste operated by the Japan Self-Defense Forces. (Yasuki Uchiyama)