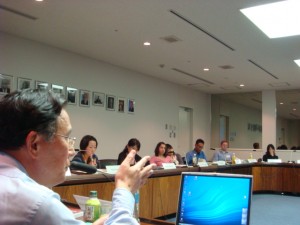 Professor Hasegawa of Hosei University who is also a Visiting Professor of the United Nations University delivered on 4 November 2008 a lecture to mostly foreign graduate students as part of the UNU joint graduate course on conflict prevention, peacemaking, peacekeeping and peacebuidling.. 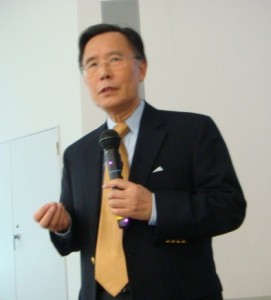 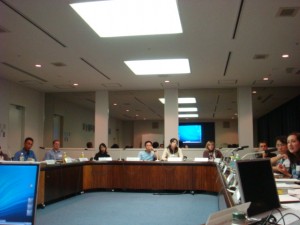 His lecture, of which theme was “Peacebuilding: Theory and Practice,” was followed by questions made by some 20 graduate students from different countries. Professor Hasegawa responded to the questions by referring to the lessons he personally learned from his direct involvement in peace operations in Timor-Leste, Rwanda and Somalia.

First, he defined the significance of the peacebuilding and introduced several scholarly books on peacebuilding and UN PKOs. He explained to the students about the five core conditions that need to be met for realizing the long-lasting and locally owned peace. He explained the challenges faced in settling the past, nation building, establishing liberal democracy, and addressing root causes of conflict. He then referred to multidimensional operations now advocated by the UN in its Capstone Doctrine.

Professor Hasegawa referred to the case of Rwanda as he explained the conceptual issues concerning the human security vs. national security and also referred to the outcome of security sector reform. In both cases, the significance of the transitional justice was mentioned. According to Professor Hasegawa, it was necessary to involve and make national and local people on the ground in trying to build up democratic governance, rule of law, free, fair and credible elections, separation of powers, assertive Parliament oversight, independent and professional judiciary, vibrant civil society & private sector, professional & apolitical security forces. All of them are crucial for successful peacebuiding and none of them are indispensable.

Professor Hasegawa concluded his presentation by emphasizing that the approach for peacebuilding needs to be a holistic one. He was then engaged in lively discussions and interactions with the students. .