The Hiroshima peacebuilding associates from Japan and 12 countries reviewed the events that took place in the Kibeho camp in Rwanda for internally displaced persons in April 1995. Fifteen Japanese associates were joined by the equal number of participants from Afghanistan, Bangladesh, China, India, Indonesia, Ethiopia, Ivory Coast, Malaysia, Myanmar, Philippines, Somalia, and Vietnam. 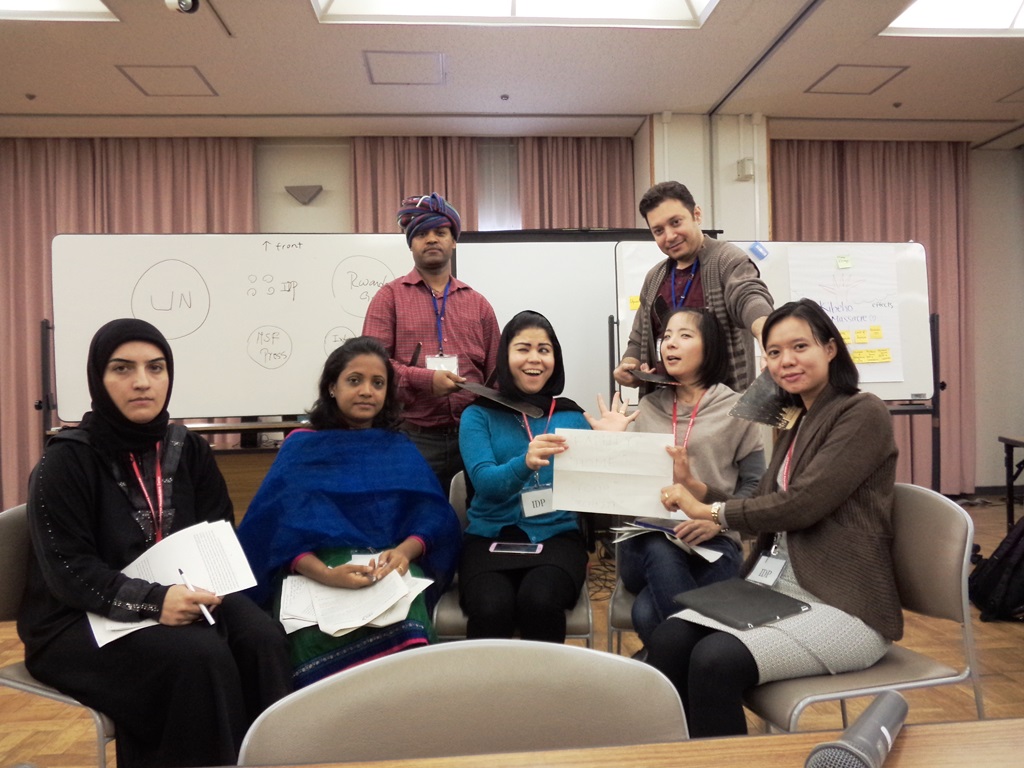 The Hiroshima peacebuilding associates examined how the negotiation was carried out between the officials of the United Nations system and the Government of Rwanda from January to April 1995. The UN officials insisted on respecting the principle of “non-refoulement.” This provision of international law forbids the rendering of a true victim of persecution to their persecutor which is usually a state actor. It is a principle of both the customary and trucial law of nations that concerns the protection of refugees and internally displace persons from being returned or expelled to places where their lives or freedoms could be threatened. However, the Government of Rwanda forced the closure of the Kibeho camp as it became alarmed by the infiltration of the camp by elements of the Interahamwe and former génocidaires. The event led to the death of about 330 people according to the Government sources, 2000 estimated by the United Nations and more than 4000 based on the calculations made by the Medicines Sans Frontiers (MSF) and Australian medical personnel.