Fifteen international participants and their several Japanese counterparts of the Hiroshima peacebuilding seminar took an excursion to Miyajima Island on 7 February. They visited historical, religious and cultural sites including Itsukushima Shrine and Daishoin Temple. 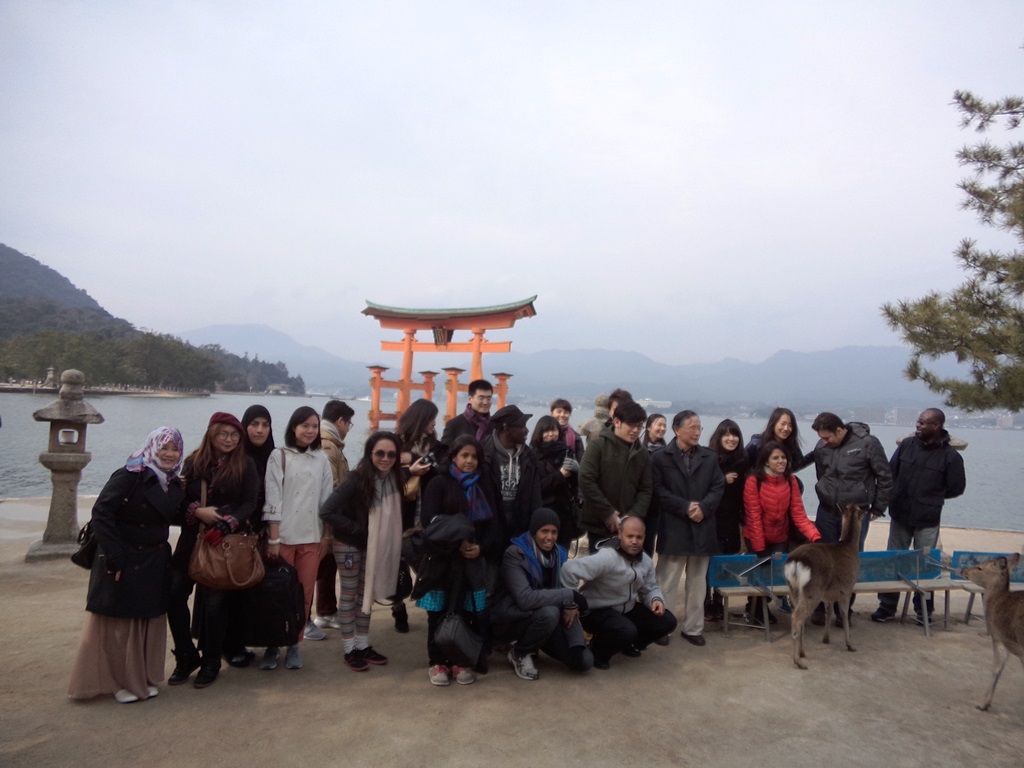 Itsukushima Shrine is dedicated to three Munakata goddesses: Princess Ichikishima, Princess Tagitsu and Princess Tagori. These three goddesses are worshipped as gods of sea, fortune and accomplishment. The O-torii Gate is designated a national cultural treasure, about 16.8 meters in height and weight 60 tons. Daishoin Temple is the headquarters of the Omuro Branch of the Shingon denomination of Buddhism. It is the most distinguished temple of Miyajima as it administered all the rituals of Itsukushima Shrine prior to the Meiji Restoration in 1868.