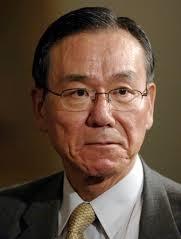 Ambassador Oshima in his one-hour presentation to the participants of a peacebuilding seminar held at Hosei University on May 30, 2015 appraised some important achievements made in the ‘Outcome Document’ of September 2005, on the occasion of the summit meeting commemorating the UN 50th anniversary. They included the establishment of Peace-building Commission (PBC), the Human Rights Council (UNHRC), and the formal launching of new concepts such as ‘Responsibility to Protect’ and ‘Human Security’.

On the long-overdue Security Council reform, Oshima noted that there is general agreement among member states that reform must address two key areas – expansion of the Council’s membership and improvements in its working methods. But progress has been painfully slow despite considerable efforts put into it, and little has been achieved. Obstacles are many and complex, not least the non-cooperative attitudes of the permanent members, who resist their privileges and dominant position weakened by reform, especially their veto rights. The invisible, built-in ‘walls’ that effectively separate the Council’s permanent five from non-permanent members are significant and allow the dominance of the former over the latter, both in the substantive and procedural matters. With such a composition and work methods, the Council can hardly be said, as it is, to be legitimate, democratic and truly representative of today’s world, fit to carry out its responsibility entrusted to it by the international community.

Looking back on past Council reform efforts in the 1990’s, Oshima noted as an important landmark the initiative taken by then General Assembly President Razali of Malaysia, in 1997, seeking an expansion of the membership both in the permanent and non-permanent categories, which however ended in a deadlock. He then drew attention to the High-Level Panel Report and the Secretary-General’s report of 2004 on UN reform, which offered two alternative plans for Council’s membership expansion: Model A, suggesting an enlargement in both permanent and non-permanent categories; Model B, proposing a new type in the non-permanent category by creating several seats in the Council with a term longer than two years and renewable.

The four aspirants (Japan, Germany, India, and Brazil) joined together and formed a coalition (Group of Four, G4) in September 2004, in order to launch an all-out campaign to develop a framework resolution, based on Model A, aiming at a vote in the General Assembly. This was one of the most intensive multilateral diplomatic efforts in recent UN history on Council reform, raising considerably the level of interest and stakes among the UN membership.
As well known, the G4’s efforts fizzled out and the proposed draft resolution had to be dropped for several reasons, among which, the last-minute disarray in the Africa group, the outright opposition of the US against the G4 approach, of China’s against Japan, and the hard-headed counter-campaign deployed by several ‘spoiler’ countries belonging to a group known as ‘Coffee Club’ or ‘Uniting for Consensus’.

What are the lessons to be learned from the 2005 campaign? Should Japan, and the G4, try again and repeat the same sort of campaign exercise to seek for them new permanent seats? Or, some different approach should be explored? Are there any important changes since 2005 in the political landscape in the UN membership which would facilitate overcoming the deadlock? If other options are to be pursued, what are they, and what should be the strategy to achieve concrete results? Is the time factor favorable for Japan, and for the G4, or not? These are some of the key questions that need to be carefully considered and assessed.

Oshima mentioned about one optional idea that came to be informally floated by some third country representatives and individuals in the course of the 2005 campaign in efforts to work out a compromise. The proponents of this idea included the former UN Secretary-General Kofi Annan, who had repeatedly stated his strongly-held belief that ‘there is no reform of the United Nations without a reform of the Security Council’. On his retirement in 2007 he offered an advice to the effect that a system of ‘semi-permanent seats’ could provide a basis for compromise solution.
In this context, Oshima referred to the recent proposal from the so-called “Elders” group, which was announced at the Munich Security Conference held in February 2015, in Germany. The Elders group, comprising several international eminent persons including Kofi Annan, Lakhdar Brahimi, Jimmy Carter, Mary Robinson, etc., advocated four-point proposals in the context of Security Council reform: (1) demanding greater accountability and transparency from the permanent members when they use their veto rights, (2) creating a new membership category in the Security Council with a term longer than two years and re-electable, (3) changing the Security Council’s practice in matters of the election of Secretary-General (i.e. the Council should recommends a plurality of names to the General Assembly for the appointment of Secretary General, instead of just one name as has been the practice), (4) encouraging greater interactions with the civil society. Oshima voiced his positive assessment of the proposals from the Elders, suggesting such a broad-based reform agenda may be able to broaden the support base among the UN membership.

Summarizing the discussion, Oshima compared the seats in the Security Council with airplane seats: currently there are only two categories: ‘first-class’ seats occupied by the five permanent members and ‘economy-class’ seats occupied by ten elected members for a term of two years and non-reelectable. The Elders proposal – and some similar proposals echoed in the UN corridors as ‘intermediate’ or ‘provisional’ solutions – would amount to creating several new ‘business-class’ seats whose term is longer than two years and renewable – in effect Model B-type of solution.

In future negotiations whether the ideas such as ‘business-class’ or ‘semi-permanent’ seats can really ‘sell’ and can produce a broadly acceptable solution among the UN membership, including particularly the permanent members who hold the key to any changes, remains to be seen. But in the absence of any other feasible idea, it seems they are worth trying in order to break out of the gridlock into which the negotiations for Security Council reform have fallen.