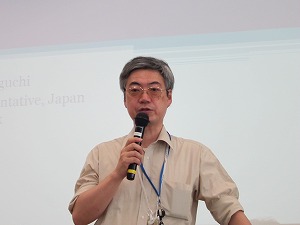 On June 15, Mr. Kazushige Taniguchi, the Special Representative of the World Bank in Japan gave a lecture.
At first, he explained that developing countries including India and China are now contributing to more than half of the global economic growth. This is the new international order different from the times which developed countries such as the G7 led the world economy. While the economic development of developing countries is remarkable, it is also true that there are more than 1 billion people who have no access to electricity. In addition, he stated that millions of children die every year before age 5. One of the major causes is diarrhea that results in dehydration. Therefore, safe water is effective to reduce the child mortality. This means water and electricity can help. And he explained even if it seems to be a problem of one sector (health), there are many cases which need policy interventions of other sectors (infrastructure, energy). He told charitable works are noble but they alone are not able to reach the sustainable solution. About Japan, he cautioned that Japanese population would be decreasing to 48 million by the end of the 21st century.
On the economic side, since the collapse of the bubble, there has been a continued increase in the budget while decrease of tax revenues, resulting in the rapid expansion of burden on the future generations. Such a combination would generate a special challenge for the future of Japan.
(Mai Kato) 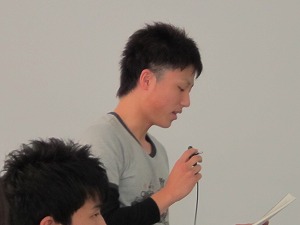 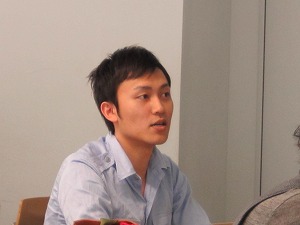