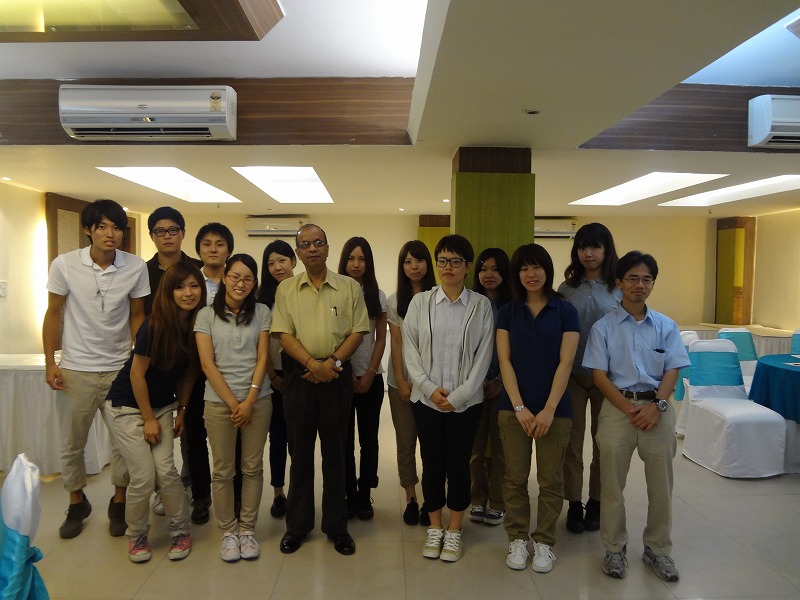 On 27 August, India and Bangladesh study tourgroup met with Dr. Atul Khare who is a Former Under-Secretary-General of the United Nations and also served as a Special Representatives of the UN Secretary – General for Timor-Leste. He firstly explained the problems which India has such as literacy, industrial structure, education, urban problems and so on. He also insisted that not only the relationship with Japan but also with China and Indonesia is very important for India because the economy of these countries has been developing. In addition, he referred to G4. Finally, we had a question-and-answerperiod and then some of student asked questions to Mr.Khare.
(Yuko Honda)