At the meeting of HPC Council held on10 September 2015 at the UN University in Tokyo, Council Chair Hasegawa suggested the need to reflect the recommendations of four key advisory panels and bodies on UN peace operations and post-2015 sustainable development agenda. 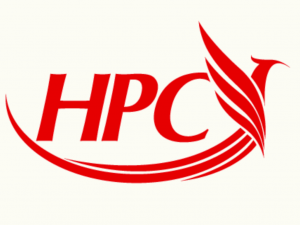 It’s a privilege to welcome you to this meeting of the HPC Council and to share with you my views on the changing needs for human resources development in peacebuilding and how best we can meet these needs as conflict-affected countries continue to lag behind the majority of developing countries in providing basic security and basic needs of their people.

After the end of the Cold War twenty five years ago, we simply thought we could coup with the emergence of intra-state conflict with humanitarian assistance and insistence on human rights. We believed that fairness and equality among racial and ethnic groups and their inclusion in decision making will lead to reduction of violent conflict in conflict-prone countries as much as illiteracy and poverty reduction could be achieved in many developing countries.

UN peacekeeping doctrine was supplemented by new the recognition that for peace to be sustained peace must be built based on the establishment of democratic principles of governance. For the senior peacebuilding mission leaders, it meant simply conclusion of a peace agreement, national dialogue, transitional justice, constitution making, elections and national parliament and other institutions of governance. These are as important as DDR and SSR for peacekeeping mission leaders.

The high level independent panel on UN peace mission chaired by former President José Ramos-Horta called for four essential shifts in the design and delivery of UN peace operations: (1) the primary of politics in designing and delivering peace operations; (2) flexible use of the full spectrum of UN peace operations to respond to changing needs on the ground; (3) a globally and regionally stronger and more inclusive peace and security partnership; (4) more field-focused UN headquarters directives and operations.

To sustain peace, the advisory group of experts re-introduced “an all-encompassing concept” advanced first by Boutros Boutros-Ghali in his the Supplement to An Agenda for Peace in 1995. This approach adopted by the Security Council five years later stipulated that peacebuilding encompassed a wide range of political, development, humanitarian and human rights programmes and mechanisms.

Earlier in 2013, the high level panel on the post-2015 development agenda put sustainable development at the core and transformation of economics for jobs and inclusive growth and not profit maximization. In order to build peace, the panel furthermore called for governments to be honest, accountable and responsive to their people. The panel of eminent persons then pointed out the need for forging a new global spirit of solidarity, cooperation and mutual accountability based on mutual respect and benefit.

Even more earlier in 2000, the Security Council adopted resolution and urged all actors and stakeholders to increase the participation of women and incorporate gender perspectives in all United Nations peace and security efforts by affirming the important role of women in the prevention and resolution of conflicts, peace negotiations, peace-building, peacekeeping, humanitarian response and in post-conflict reconstruction and stresses the importance of their equal participation and full involvement in all efforts for the maintenance and promotion of peace and security.

The perspectives and suggestions of African countries were advanced by the regional workshop held in Cairo in November 2014 that stressed the critical importance of national ownership and national dialogue among government, political parties, civil society and local actors. The Cairo workshop also stressed the need to underpin the peace-security-development nexus and enhance the coherence, coordination and partnerships among national, regional and international actors.

Upon completion of my assignment as the Special Representative of the Secretary-General for Timor-Leste in 2006, I identified eleven specific steps that Japan can take to enhance its contributions to UN peacebuilding operations. I discussed this with Mr. Masahiko Kiya who was then Director of the International Peace Cooperation Office of the Ministry of Foreign Affairs and now Ambassador to South Sudan. Apart from these measures of administrative nature, I also pointed out the need for strengthening the nexus between peace and development, the understanding of mentality and mind-set of national leaders and the commitment for global partnership. These recommendations remain valid even today and should be reflected in the training curricula of the Hiroshima Peacebuilders.