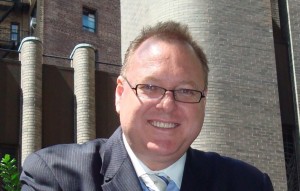 The YouTube file on competency interviewing can be accessed through here.

The YouTube file on holistic career development is here.

Mr. Michael Emery recently joined UNFPA after more than 20 years serving the United Nations, nonprofit and government organizations at international level, and in his home country, Australia. Mr. Emery was Director of the Human Resources Management Division in IOM, Geneva and previously Chief of Recruitment in UNDP, New York from 2006-2010. He served with the UN in various roles from 2000-2005: as Chief, Career Development Unit, DPKO, New York (2003-2005); Chief, International Staff Unit (2002-03); and Chief, Language and Training Unit (2000-2002) based in East Timor. He was also Chief of the Training Management Unit, UNPROFOR/UN in the former Yugoslavia from 1994-1996. Before returning to the UN system in 2000, Michael worked as Deputy Manager, Emergencies, CARE Australia (1999-2000); Coordinator, Vocational Education and Training, Black friars Priory, Australia (1997-1999). He served as Coordinator of Aboriginal Education, Catholic Education Office of South Australia from 1993-1994 following three years in West Africa with UNDP/UNSCOL in Liberia and Guinea from 1990-1992.