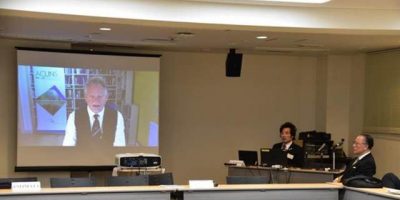 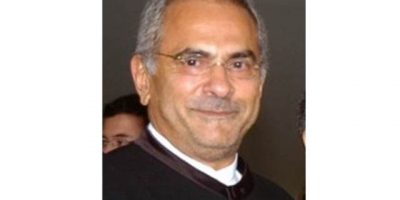 José Manuel Ramos-Horta is an East Timorese politician who was the President of Timor-Leste from 20 May 2007 to 20 May 2012. Previously he was Minister of Foreign Affairs from 2002 to 2006 and Prime Minister from 2006 to 2007. He is a co-recipient of the 1996 Nobel Peace Prize along with Carlos Filipe Ximenes Belo, for working “towards a just and peaceful solution to the conflict in East Timor”. 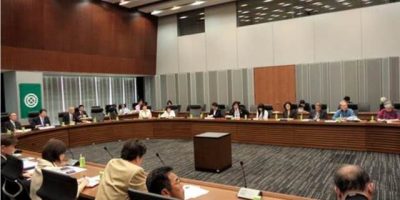 The Japanese Parliamentary Commission for World Federation (JPCWF), composed of bipartisan members of the Japanese Diet, was held on May 15, 2019 in the Conference Room of the House of Councilors. Mr. Seishirō ETO, the chairman of the Parliamentary Commission, gave opening remarks and briefings for the General Assembly, and Ms. Kuniko INOGUCHI, the standing member of the Parliamentary Commission, acted as a moderator. Major political parties were represented by senior members who included Mr. Bunmei IBUKI of the Liberal Democratic Party and former Speaker of the House of Representatives, Mr. Tetsuro FUKUYAMA, Secretary-General of the Constitutional Democratic Party of Japan, Mr. Yuichiro TAMAKI, the Leader of the Democratic Party for the People (DPFP), Mr. Masahiko INOUE, Vice President of the Komeito, Mr. Akira SAKAI, Japanese Communist Party Policy Chairman, and Ms. Mizuho FUKUSHIMA, Social Democratic Party Policy Chairperson. Mr. Masahiko SHIBAYAMA, Minister of Education, Culture, Sports, Science and Technology provided his comments. The Japan Commission on Global Governance (JCG) was then established, and former United Nations Secretary-General’s Special Representative Sukehiro Hasegawa was appointed its chairman. 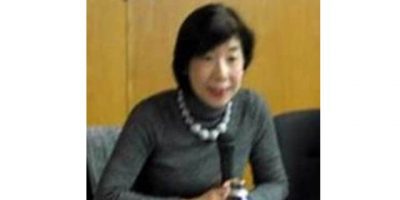 Yamazaki suggests three shifts in the Japanese co-operation approach: (1) provision of advisory policy services to meet emerging needs of middle income countries (MICs); (2) an integrated approach to new MICs which are still Least Developed Countries (LDCs), recognizing that their development gains are still fragile and vulnerable to shocks; and (3) sharing of Japanese experience with countries still in the “demographic bonus” period to prepare for a future graying population, all with an aim to institutionalizing their social policy, laws and practices. 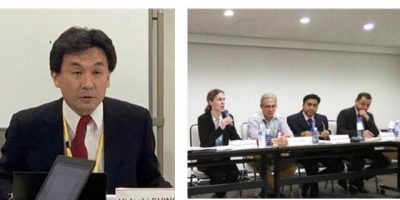 Some participants found positive and encouraging signs while others remained skeptical about the possibility for South Sudan’s President Salva Kiir and his major adversary, the former vice-president and opposition leader Riek Machar and other tribal leaders to translate the agreement reached in September 2018 into the formation of a stable government. A summary report of discussion will follow.