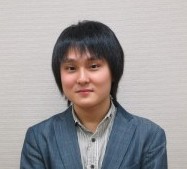 On 1 March 2014, the General Assembly of the Peacebuilding Research Association held at Hosei University adopted its constitution and elected Mr. Yasuki Uchiyama as its new Secretary General. The General Assembly also elected five members of the Board of Directors, Mr. Katsumi Ishizuka, Mr. Satoru Kurosawa, Ms. Chika Saito, Mr. Sukehiro Hasegawa and Mr. Takaaki Mizuno. Professor Sukehiro Hasegawa was voted to continue as the President of the Association.
The General Assembly discussed three issues and decided to hold 3 to 4 seminars in 2014. The next seminar would be held on 12 July 2014. Moreover, the General Assembly decided to hold its annual research conference on 6 December and asked Professor Katsumi Ishizuka, one of the directors, to plan and organize the annual conference.