Kisho Tsuchiya argues “East Timor Problem” was a tragedy caused by imposition of the logic of “national Self-determination”. 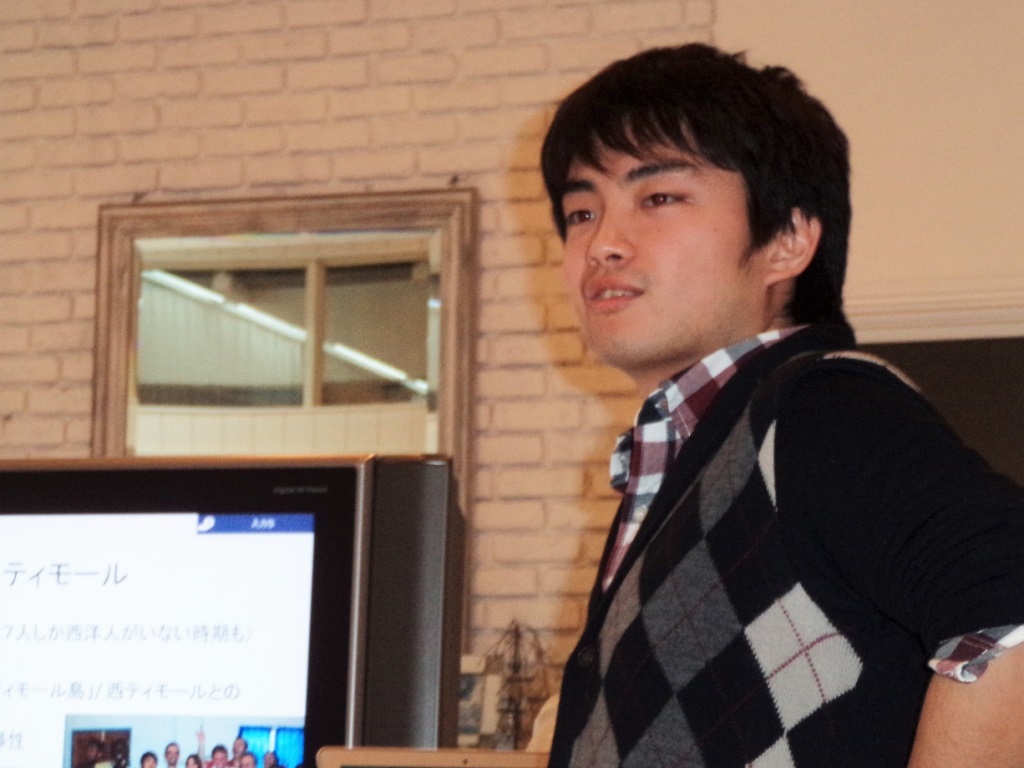 On 21 November 2015, Kisho Tsuchiya, the PhD Candidate of the Department of History at the National University of Singapore (NUS), gave a talk about his on-going research in front of Professor Sukehiro Hasegawa, the former Special Representative of the United Nations in Timor-Leste and alumni of Global Peacebuilding Academy of Hosei University. Kisho was invited to their annual retreat held at Lake Kawaguchi on the foot of Mount Fuji in Yamanashi Prefecture in Japan, and presented his provisional findings from the historical research about imagined origins of the Timorese people and their politics. He explained that the intellectual history about the Timorese people will be more complex than it is known if diverse East & West Timorese, Indonesian, Dutch, Portuguese, and Japanese thoughts and experiences are to be incorporated. He suggested that the “East Timor Problem” in the last quarter of the last century was a tragedy caused by imposition of the logic of “national self-determination” to a “border world” where local identities were so complex and little known to outsiders. He ended his talk by saying that mutuality should always be at the center in national development & international cooperation. Drawing from his own experiences, Prof. Hasegawa commented that the powerful political majority often establishes the “truth” for themselves such as the notion of self-determination which is exercised within the national boundary lines demarcated by the colonial rulers. Both Prof. Hasegawa and Kisho agreed that Timor’s experiences are highly relevant to Okinawa’s positioning in national and international relations.