Former Minister and Prosecutor General of Timor-Leste Ana Pessoa Pinto asserted criminal prosecution should not be the sole focus of transitional justice. Justice has to promote, not disrupt unity. 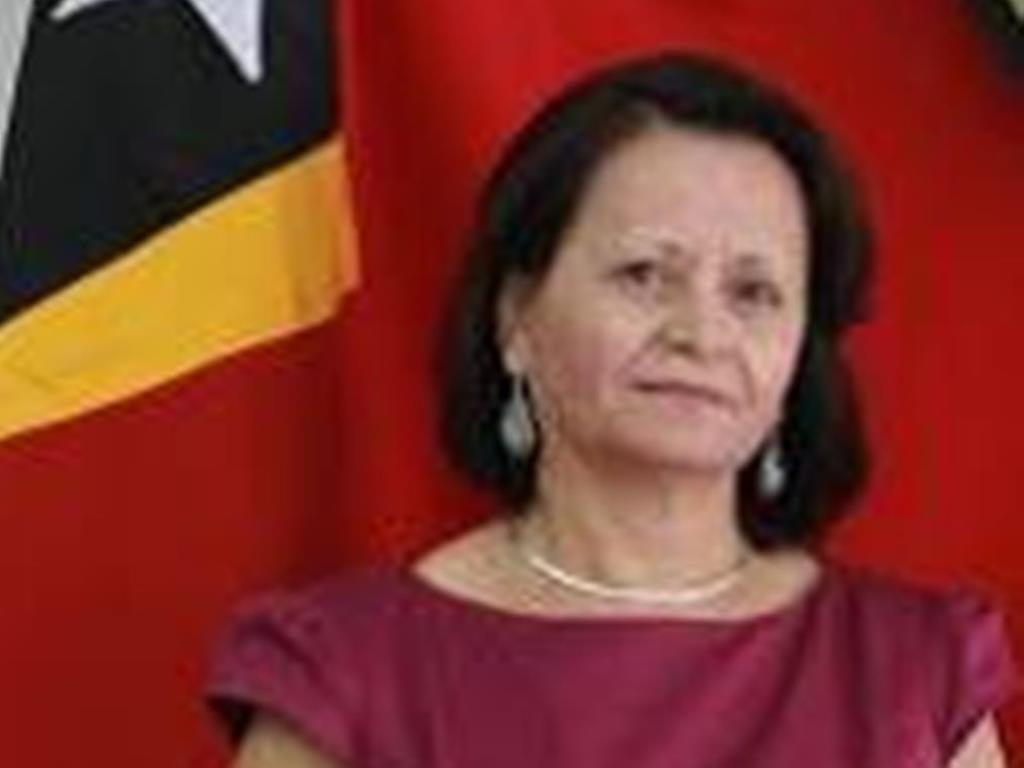 Statement made by Ana Pessoa PintoSenior Advisor to the President, former Prosecutor General and former Minister for State Administration, Timor-Leste

I will talk briefly about transitional justice concept as experienced in Timor-Leste, about CAVR, the Serious Crime Panel, the CVA, Portuguese acronym for Commission for True and Friendship, the Petroleum Fund and the State Budget.

The concept of Transitional justice is suitable, nowadays, to identify the whole policy that normally consists of non-judicial and judicial measures which include, but are not limited to reparations programs, truth commissions, memorization, institutional reforms with or without lustration and criminal prosecutions.

Despite, still persist a tendency of advocating and validating, predominantly, criminal prosecutions associated with the creation and establishment of Special Courts be it named Serious Crime Panel or Ad Hoc Tribunal, to avoid the establishment of an International Court, in the form it was previously known.

So more so, when we have in mind that politics is at the core of the decision to create or not an International Court, depending on the United Nations General Assembly and Security Council rules and procedures, which needless to say are not as democratic, as we all aspired.

I strongly believe that justice ought to bring people together, unify societies rather than increase tension that may escalade into unforeseen disruptive effects particularly, when the building of the Nation is still a work in progress. We rather focus, on the guaranty of an inclusive and sustainable development, while we redress as much as possible, the needs of the victims taking in due consideration, the implications and repercussion to society.

We have to try to provide recognition of the rights of victims, promote civic trust and strengthen the democratic rule of law.

Transitional justice cannot be a ‘special’ kind of justice, administrated by special courts with or without international judges.

It goes without saying that Special Criminal Courts are, in my country, forbidden by the Constitution of the Republic in order to avoid discrimination among citizens (art. 123o, no 2) or meddling of politics in the administration of justice.

As for clemency measures, should the President power to commute sentences be restricted to those found guilt by common criminal courts? Why is it that criminal offenders instrumentalized to kill, who acted as pawns by the hands of higher powers, deserve no mercy? Why must we act in such way? Is it not because we are powerless to bring to justice those the higher powers that where?

Is this Justice? I wonder…… Even in a transition period, shouldn’t we be aspiring for more?

Timor-Leste as gone through very harsh times during its recent History, caught in the middle of the Cold War, rang from interrupted decolonization process, a three month period of civil war, a military invasion and brutal occupation for more than two decades by Indonesia, at the time, a military dictatorship.

The international community agrees that crimes of genocide, torture, systematic rape, as well as other war crimes were rampant during the invasion and the military occupation. Several Resolutions were passed by the UN General Assembly and it’s Security Council, without real consequences and, at a certain point in time, no more proposals for Resolutions were submitted, as the question of Timor-Leste ran the risk to be taken off the Agenda of the UN General Assembly.

Timor-Leste question have to be move to Geneva making our case based primarily on gross human rights violations, rather than focus on our right to self-determination in order, not to allow international amnesia.

We must acknowledge here, the good will and persistence of many, many international friends and organizations, all over the world, that tirelessly support our people’s right to self-determination and independence.

But, it was only when the dictatorship was in the verge of collapse that finally an agreement was reached, in 1999 the Referendum took place and UNTAET was establish to help to pave the way for the restoration of the independence.

UNTAET received a daunting task putting in place a functioning civil administration and a court system, literally from scratch.

The cry for Justice was heard loud and clear, ever present, throughout the process.
It was in the middle of a very difficult situation, when we were not yet able or willing, to recognize that violence had wounded our souls and some of the wounds have not heel yet, that the discussion on Justice began.

Many, wanted to forget about everything, to be let alone, to work and build again our beloved country; some had terrible nightmares, not able to cope with the violence they had endured; others bitterly wanted revenge, for they believe it would bring them a closure; many others were still living in fear and feeling insecure, having for neighbours those, that had previously harass them and destroy their properties.
Everything was painful and confusing, amid the destruction and a massive international presence with dozens of languages being used and different currency circulating – it was like a second invasion – this time, thanks God, friendly.

The CAVR, Portuguese acronym for Commission on Reception, Truth and Reconciliation was agreed and established by UNTAET (UNTAET REG. No 10/2001).

And they have done a tremendous job! The report Chega attests for their great work.
It was a process of collective catharsis, a way of speaking out the fears, freeing the anxieties regarding the future, bringing out to be vanish, what really hurts deep inside, re-conquer hope and joy in a future to be built by every Timorese.

In the work process of the CAVR the participants were able to restore the sense of dignity for the victims, with most of them being brave and great enough to pardon their aggressors and accept them within the community. It was a lengthy and sometimes difficult process , the mandate of the CAVR had to be extended more than once.
Before the establishment of the CAVR, the Serious Crime Panel was created at Dili District Court (UNTAET REG. No 2000/15).

The Serious Crime was received with scepticism from East Timorese side, worried about the frailty of the security situation and most concerned of the urgency to unify the community. Years later, only East Timorese seem to be convicted to lengthy imprisonment sentences, as if we were the military invaders and the main authors of massive gross violations and war crimes committed.

Most of the cases against the military commanders had to be dropped, some trial in absentia took place, the sentences were not implemented and the same goes for the international arrest warrant…… in many cases, it was not possible to issue an indictment, as criminal investigations were very difficult, even more, as time passes by. But, having said that, the establishment of the Serious Crime Panel at Dili District Court was also a unique opportunity to have the first ever, East Timorese judges and Public Prosecutors, trained on international criminal law.

It was very rewarding then, to work with an international Prosecutor who cared about laying the foundation of a proper justice system. And I take this opportunity to thank the Government of Norway and Ms Siri Frigård.

On a later stage, an Ad Hoc Tribunal was created, in Jakarta only to see two East Timorese nationals, then turned Indonesian, be found guilty of crimes and convicted to some year’s imprisonment.

Years after the restoration of the independence, the creation of an International Court was dismissed, during a lengthy process full of pressure, to focus on a legalistic international approach.

In 2005 the True and Friendship Commission – CVA was agreed between the Government of Timor-Leste and Indonesia amid criticism of the UN.

I find it hard to understand why we need to talk about so many concepts of justice.
Is it worthwhile to have a theory of justice if, it’s not for the sake of stability, harmony and inclusive development of a given community, its region and the world?
How useful is to discuss restorative, retributive, formal and informal, national, international, transitional justice …? Why not simply “justice” focusing on the complexity of human reality, seeking to understand it and, aware of human’s limitations, be fair in our judgments.

In 2005 the Petroleum Fund was created by the Government of Timor-Leste with the technical support of Norway. It was established in order to guarantee the proper use of national wealth, making transparency and accountability a must, in order to finance an equitable development.

The State Budget was pro-poor then, with an emphasis on public education and public health to attend the needs of the great majority of our people.
The law was changed…

In 2007 the CAC – Anti-Corruption Commission was created but was not until 2009 that the Public Prosecutors Office were reinforced and a few corruption cases filed and decided by the courts there after.

There is a long way to go, sometimes with setbacks, but as long as we keep the strength and hope of reaching a more humane and fair justice for each and every one, Justice will prevail.

And before closing my remarks, allow me to thank NOREF, Bishop Gunnar Stålsett of Norway and the Norwegian Ministry of Foreign Affairs on this initiative, to commend the good work done by CAVR and revisit important issues of true, reconciliation, impunity, memorization, mercy, dialogue, peace and Justice.

Thank you for your attention.