At a meeting with members of the Diet of Japan, former UN Special Representative Sukehiro Hasegawa suggested a shift in emphasis in the activities of Japan Self-Defense Forces from operational to capacity building training in UN peace operations. 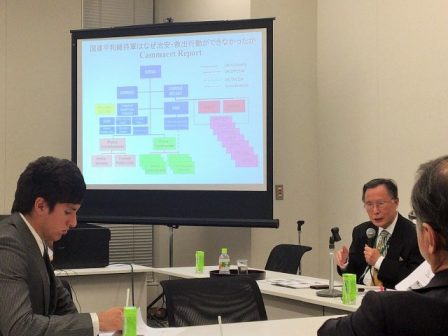 In his presentation to members of the Diet of Japan, Professor Hasegawa explained first the findings of the special investigation carried out by General Patrick Commaert and the Panel of Experts as well as Special Advisor to the Secretary-General on the Prevention of Genocide. He then suggested that Japan can best do to help African countries by expanding the training activities Japan had started already in peacekeeping leadership training, capacity building in logistics, and enhancement in communication facilities. Hasegawa suggested that in South Sudan Japan actively engage in the Joint Operations Centre (JOC), joint planning and preparation for POC with a view to entrusting African UN peacekeeping troops to carry out actual kaketsuke-keigo operations.

Members of the Diet of Japan who participated in the discussion of the security situation in South Sudan are:

Mr. Ichiro Aisawa (the Liberal Democratic Party of JAPAN) President of Japan-AU Parliamentary Friendship League and President of Parliamentary League for the UNHCR, a member of the House of Representatives, Former State Minister for Foreign Affairs

Mr. Seiji Osaka (the Democratic Party) A member of the House of Representatives, Former Parliamentary Vice-Minister for Internal Affairs and Communications

Mr. Yoshihisa Inoue (KOMEITO) Secretary-General of KOMEITO, a member of the House of Representatives

Mr. Masahiko Shibayama (the Liberal Democratic Party of JAPAN) Special Adviser to the Prime Minister Shinzo Abe, a member of the House of Representatives

The special investigation team led by General Patrick Commaert found that the UNMISS Peacekeeping Force did not operate under a unified command, resulting in multiple and sometimes conflicting orders to the four troop contingents from China, Ethiopia, Nepal and India, and ultimately underusing the more than 1,800 infantry troops at UN House. On the civilian side, despite strong efforts from the UNMISS Joint Operations Centre (JOC), there was poor integrated coordination efforts for mission-wide operations before and during the crisis. The culture of reporting and acting in silos that had developed throughout the UNMISS mission inhibited effective coordinated action during a period in which swift, joint action was essential. The JOC and the Security Information Operations Centre (SIOC) were not co-located, as required by UN policy, contributing to a fragmented security response (www.un.org/ Executive Summary on the Special Investigation, 1 November 2016). 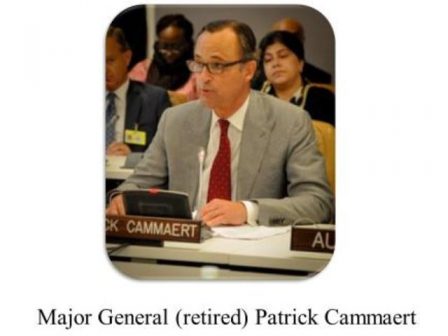 The evidence gathered by the Panel of Experts suggested that the most severe security threats to TGNU and to the implementation of the Agreement are not external but internal to South Sudan, and primarily result from the actions and policies of the two major parties to the Agreement: the Sudan People’s Liberation Movement/Sudan People’s Liberation Army (SPLM/A) in Government, led by the President, Salva Kiir, and SPLM/A in Opposition, led by Riek Machar (S/2016/793 of 19 September 2016). 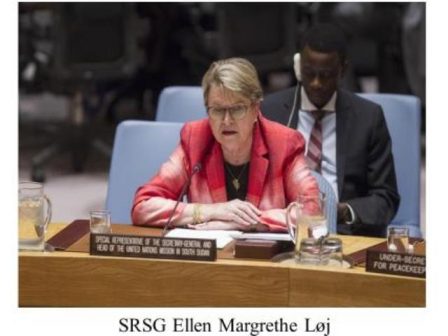 In the Secretary-General`s report to the Security Council, Special Representative of the Secretary-General Ellen Margrethe Løj informed that the security situation continued to be volatile in Juba and its environs since the outbreak of violence in July. The overall security situation continue to deteriorate, most significantly in Greater Equatorias, where Government forces pursued members of SPLM/A in Opposition. SPLA reportedly fought armed opposition groups in Greater Equatoria and Western Bahr el-Ghazal regions. Many of those events involved significant casualties and the targeting of civilians. Insecurity increased also in northern Unity, Upper Nile and eastern Jonglei, where SPLA and SPLA in Opposition forces clashed often as a result of shifting alliances among local commanders. The increasingly heinous acts of violence against civilians in the Equatorias have exacerbated the relations between ethnic communities throughout the country. The rise in ethnic rhetoric and hate speech in October risks increasing incitement and polarization and further compounding the insecurity in the country. (S/2016/950 of 10 November 2016 paragraph 11)

United Nations Special Adviser on the Prevention of Genocide Adama Dieng briefed the press in Juba a few weeks ago on the outcome of his visit to South Sudan. He found renewed violence on a daily basis, and any hope of reconciliation is elusive. Hinting the possibility of mass killings of civilians, he found the possibility for the political conflict to become “an outright ethnic war.” He said, “I must emphasize that genocide is a process. It does not happen overnight. And because it is a process and one that takes time to prepare, it can be prevented. Action can and must be taken now to address some of the factors that could provide fertile ground for genocide. What surfaced over and over in my discussions this week was the presence of long-standing anger, combined with misconceptions and preconceived notions. These need to be addressed if there is to be a chance of peace.” (United Nations Press Release, 11 November 2016)

Having taking note of the developments in South Sudan and the announcement made by the Government of Japan to be engaged in kaketsuke-keigo operations as well as the Japanese public reaction to them, former SRSG Hasegawa proposed a new way of contributing to UN peace operations by making a paradigm shift. Such a paradigm shift should enable the understanding that African countries are interested and willing to carry out the kaketsuke-keigo. The Jieitai can and should help them undertake efficiently and effectively kaketsuke-keigo operations. He thought the Japan Self-Defense Forces (Jieitai) personnel should continue to be engaged in constructing and repairing infrastructure facilities such as roads, bridges and public buildings, but should provide more training to African national and local personnel in operating machinery and equipment. Bearing in mind that African peacekeeping troops are willing to undertake kaketsuke-keigo operaitons if they are directed by their commanders, the Jieitai should take an active role in organizing preparation and training of kaketsuke-keigo operations for African peacekeeping troops. The jieitai personnel should also play an active role in JOC operations.

In Hasegawa’s view, the Government of Japan should maintain its Jieitai personnel in South Sudan bearing in mind that the United Nations welcomed with appreciation the decision made on 15 November 2016 by the GOJ to authorize the kaketsuke-keigo and understood the rescue operation was meant to protect and save civilians in general. The Jieitai should also have active consultation with the Regional Protection Force established by the Security Council of the United Nations on 12 August 2016. Taking into account the nature of conflicts in South Sudan is primarily internal as found by the Panel of Experts, Japan should press for a political solution to the current conflict through the Security Council and UNMISS. The leaders of AU, IGAD and g7+. This should enable the leaders of African countries and those conflict prone countries to find their own solution that is sustainable.