President of the Global Peacebuilding Association, Sukehiro Hasegawa, explained the importance attached by the United Nations Security Council to long-term institution-building, national ownership and accountability as critical to peacebuilding in Africa. 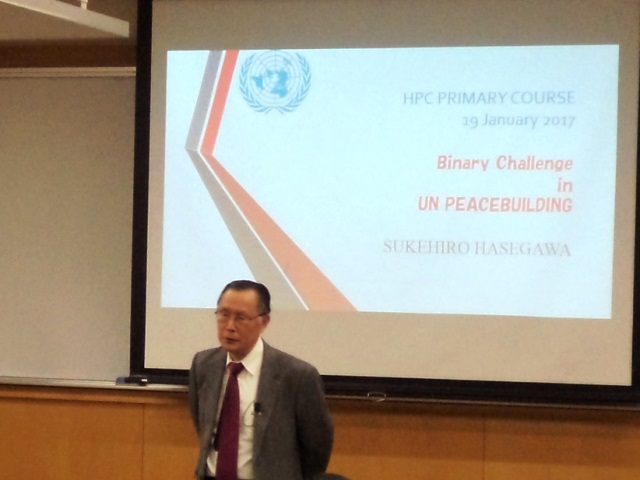 The lecture focused on two facets of challenges that are central to successful peacebuilding: (1) national ownership and leadership in peacebuilding efforts and (2) effective integrated approach to UN peace operations.

Professor Hasegawa explained the outcome of the Security Council special session held on 28 July 2016 on peacebuilding that affirmed the importance of national ownership and leadership as well as long-term institution-building as a critical part of peacebuilding in Africa. The Security Council emphasized the importance of addressing the root causes of conflict, the need for predictable and sustainable financing, and closer cooperation with the African Union and sub-regional organizations. Professor Hasegawa explained that the root causes of conflicts are the mind set and mentality of leaders who exploited the differences of ethnic and tribal groups and their fear and animosity of each other, rather than the differences that existed among them. The Council also affirmed the importance of national ownership and leadership in peacebuilding, with responsibility broadly shared by Governments and all other national stakeholders. It also recognized the critical role of the African Union. Professor Hasegawa clarified that national ownership also reflected the responsibility and accountability to the people of the host countries.

For peacebuilding to succeed, the Security Council recognized also the importance of inclusive governance and closer collaboration among global and regional organizations such as the United Nations and the African Union. The Security Council speakers agreed that institution-building must be a priority and that a coordinated approach was needed to address diverse challenges, from democracy and security to governance, public administration and national reconciliation. 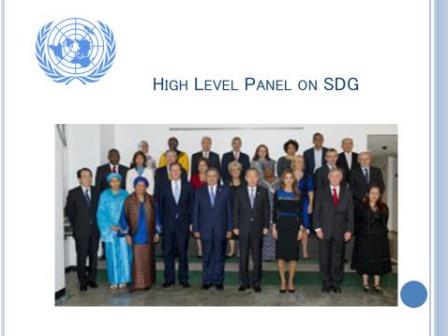 The Sustainable Development Goals, according to Professor Hasegawa, were set by leaders of developing countries, particularly Presidents Susilo Bambang Yudhoyono of Indonesia and Ellen Johnson Sirleaf of Liberia who co-chaired with Prime Minister David Cameron of the United Kingdom the High Level Panel on the Post-2015 Development Agenda. This contrasted with the Millennium Development Goals that had been crafted by staff of OECD/DAC and the United Nations. It is significant that the SDGs are more owned by the leaders of developing countries than the MDGs.

While noting the emphasis placed by the Security Council on national ownership and institution building, Professor Hasegawa pointed out the need for a change in the mind set and mentality of leaders and people in order to consolidate peace and prevent relapse into conflict. 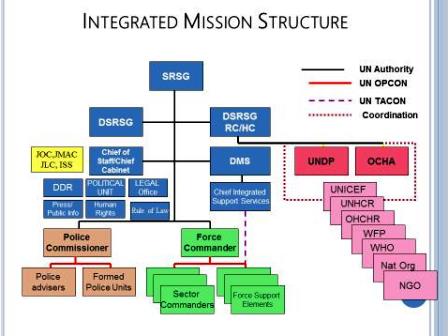 Professor Hasegawa explained that the need for coordinating the activities was found of critical importance to successful peacebuilding. The United Nations has tried to improve the coordination among its various departments entrusted for political, security, economic and social development activities for the last several decades. He cited the efforts made by the UN system in Nepal in 1980`s and explained some progress made in integrating four components, namely personnel, resources, programming and location through the adoption of `delivering as one` approach. While acknowledging the progress made integrating operations of the UN agencies, Hasegawa pointed out the most difficult and critically important task was to coordinate and integrate policies and principles of UN organizations. 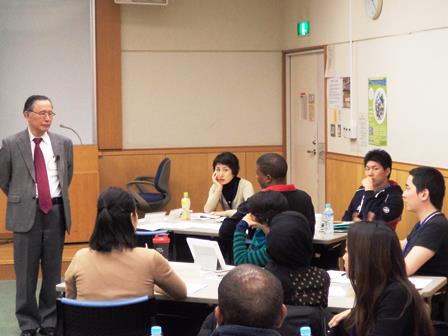 The two sessions were carried out with the active participation of associates who came from not only Japan but 8 other countries, Angola, China, Jordan, Liberia, Pakistan, Sierra Leone, Timor-Leste, Vietnam, and Yemen.