On March 17, 2018, the Global Peacebuilding Association of Japan hosted its 29th seminar-workshop concerning the “Prospect of UN reform” at the University of Tokyo, with its keynote speaker, former Ambassador and Permanent Representative of Japan to the United Nations and Under-Secretary-General of the United Nations, Mr. Kenzo OSHIMA.

At the opening of the workshop, Ambassador Oshima made a presentation of UN reform activities since the Brahimi Report was submitted in 2000. Mr. Yukihiro WADA, Director of UN Policy Division in Ministry of Foreign Affairs of Japan then made his remark on ongoing organizational reforms of the UN system. Following the two presentations, several scholars and practitioners of UN activities made their comments, which led to lively discussion among the participants. 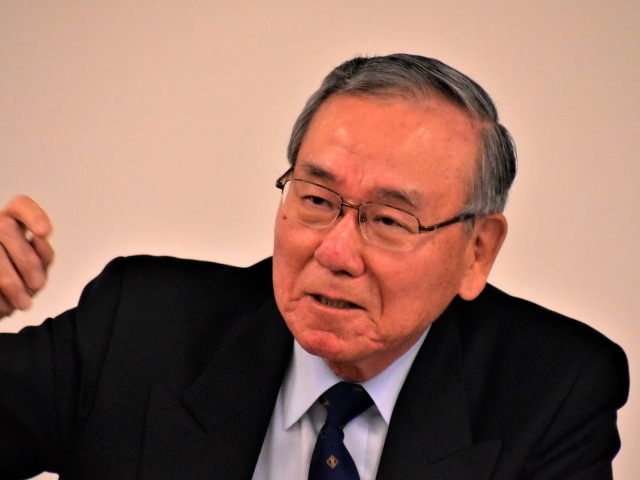 Ambassador Oshima first provided an overview of UN reform history since 2000. Mr. Oshima had been engaged in a wide range of policy formulation and delivery of policies and strategies on UN peace operations as the Permanent Representative of Japan as a senior official of the Ministry of Foreign Affairs and the Permanent Representative of Japan to the United Nations and Chairman of the Security Council in 2006. He was also involved in coordinating humanitarian affairs in armed conflicts as Head of the Office for the Coordination of Humanitarian Affairs (OCHA) by the then Secretary-General Kofi Annan.

According to Mr. Oshima, the “Brahimi Report” submitted by a panel on UN peace operations in 2000 played an important role in reforming the delivery of UN peace operations. This report emphasized the necessity of organizational reform in such areas as peacemaking, peacekeeping, and peacebuilding. From 2001 to 2003, major historical events took place such as the 9/11 terrorist attack in New York and Washington, D.C., the war in Afghanistan, and the invasion of Iraq which was conducted without the authorization of the UN Security Council.

The then Secretary-General Kofi Annan was keen to bring about a change in the UN structure and modality of operations. The reform of Security Council was one of his priorities. It had been addressed through its working group since 1990’s, but it had failed to make any tangible progress. In his reform proposals, Mr. Annan suggested two options Model A and B for the new composition of the Security Council. At that moment, Japan took initiatives and promoted a G4 campaign based on Model B. Mr. Annan also published a report referring to G4’s reports in 50th Anniversary Statement in 2005. However, these attempts did not result in any change due to oppositions of the permanent members of the Security Council and the reform efforts has not since made much progress.

After António Guterres took office in 2017, UN reform has once again come under the global spotlight. The Secretary-General mentioned the UN’s structurally ineffectiveness and bureaucratic problems by depicting the UN in simple but crucial words: “Fragmented structures, Byzantine procedures, Endless red tape.” To realize the long-fostered ambition for UN reform, the leadership of Secretary-General is indispensable. Previously Mr. Guterres was the United Nations High Commissioner for Refugees, but it can be said that leading this complex organization requires even larger-scale leadership. Moreover, in tackling UN reform, it is critical to consider world politics as we see increasing confrontation between the United States and Russia.

Following Ambassador Oshima`s presentation, Mr. Yukihiro Wada, Director of UN Policy Division in Ministry of Foreign Affairs of Japan, explained the ongoing UN reform activities carried out by the present Secretary-General and the position taken by the Government of Japan. 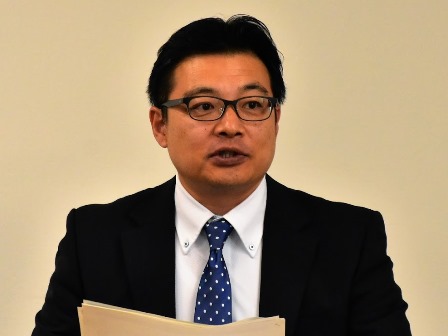 Three discussants gave their comments on the presentations made by Ambassador Oshima and Mr. Wada.

First, Prof. Tadanori INOMATA, the Strategic Advisor of the Nagasaki University International Collaborative Research, mentioned that Japanese people tended to regard any UN reform only for Security Council, but the current SG`s reform aimed at achieving prevention of conflicts. However, the budget is insufficient, thus Japan should contribute to make fund-raising more effective, he added.

Secondly, Ms. Setsuko YAMAZAKI, former UNDP Country Director of Vietnam and Cambodia Offices provided her perspectives from fields. She mentioned the following three points. First, the proposed joint executive boards of NY-based organizations will facilitate reforms on the ground. The challenge would be coordination with specialized agencies. Second, she stressed the importance of leadership as UN Resident Coordinator and the support that they receive from HQ. Third, it is timely to consider reforms for the “Financing for Development” agenda with international financial institutions (IFIs). 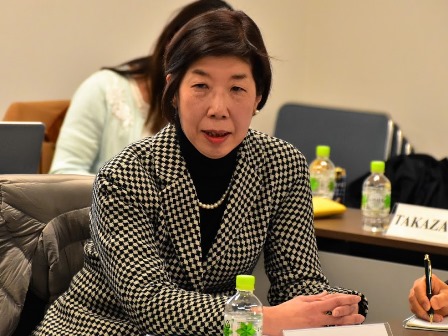 Finally, Mr. Tetsuo KONDO, UNDP Representative in Japan mentioned three points: the adoption process of SDGs, the monitoring and evaluation of SDGs, and the responsibility of members states. First, SDGs is backboned by human security. Second, it is necessary to monitor SDGs statistically. Third, as the UN power had decreased, member states needed to consider their mandates and requirements such as their contributions to the UN and its affiliated agencies. 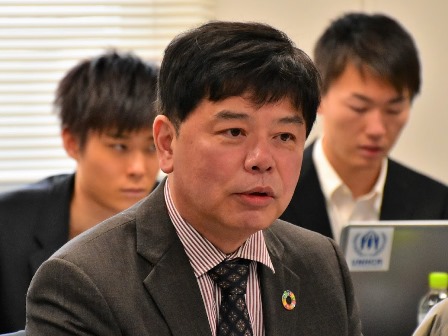 Main points made by participants in ensuing interactive discussions are as follows.

Ambassador Yoshitaka HANADA questioned the relationship between conflict prevention advocated by the UN and the idea of national sovereignty. The idea of sovereignty, which was established in the 17th century was still playing a significant role in the international community. How does Secretary-General Guterres see this condition?

Mr. Takashi GENDA, a former professor at the National Defense Academy, asked how the local governments can participate in the reform of UN. 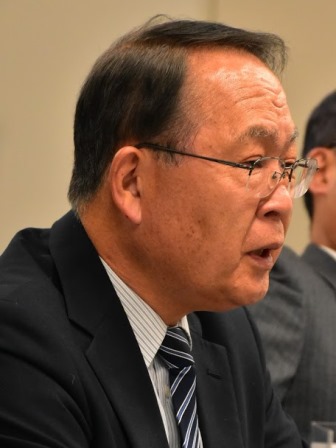 Prof. Katsumi ISHIZUKA of Kyoei University asked if there is any discussion to respond to such dangerous missions as one in Mali as part of the ongoing UN reform efforts. 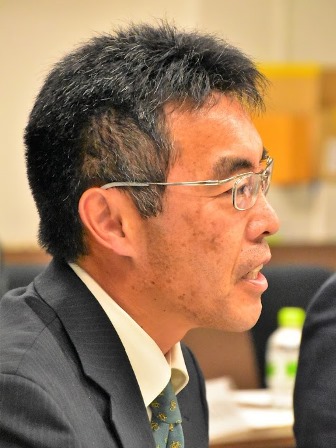 Ms. Mio SATO, the IOM Representative, raised a question from the perspective of the filed. She asked how the UN and other international organizations should operate when the member governments are not working as one group. 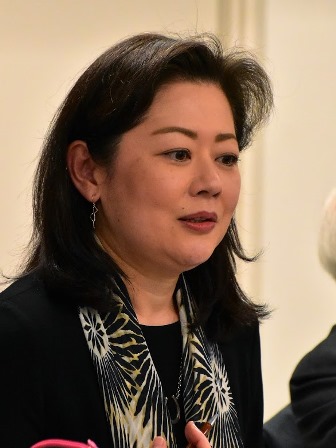 In responding to a question addressed to her, Ms. Yamazaki thought that there were numerous cases of developing countries themselves competing for financial resources from the international community. It was essential to understand what UN was expecting from member states.

Ms. Yumiko Kaneko asked about the ethical code and behavior of UN staff. 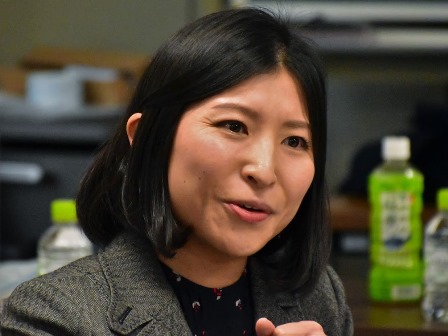 Prof. Taka-aki Mizuno of Kanda University of International Relations referred to the lack of effectiveness of UN that had been pointed out by Mr. Kondo was shared among many people. Member states, especially the P5, was ignoring and destroying the world order which UN had created over the past seven decades. Prof. Mizuno asked when this disharmony among the P5 started and widened. 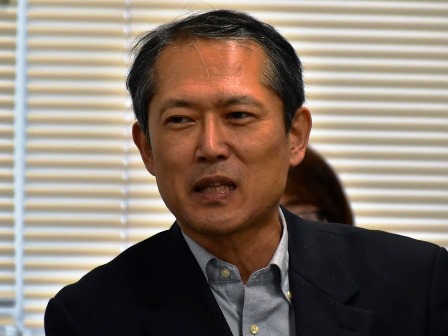 Prof. Naoko Kumagai of the International University of Japan asked about the extent of democratic principle of representation that was required for the reformation of UN Security Council. 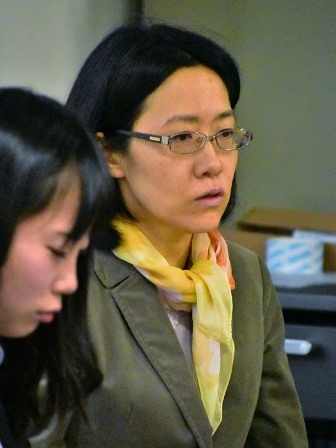 Prof. Shukuko Koyama of Waseda University expressed her concerns about the distance between UN Headquarters and the fields in undertaking conflict prevention works. She recalled her experience with PKO mission operations in Africa and emphasized the importance of the Civil Affairs. 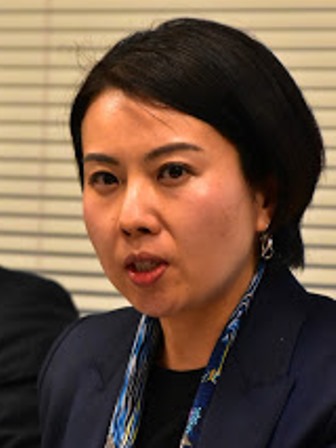 Mr. Ken Inoue, the senior adviser on democratic governance of JICA, revealed his doubt about the position of the Japanese government on human security. The presence of the concept of human security was getting blurred in a discussion of the international community. If Japanese government would like to maintain its leadership in pursuing the idea of human security, it should adopt a new and different approach. He also mentioned that the Japanese public, especially young generation, were not very much interested in international affairs today. Under such circumstances, he wondered how the Japanese can commit themselves to the reformation of the UN. 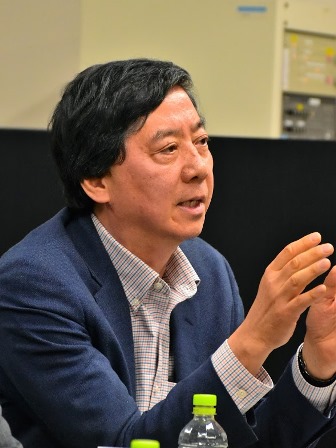 Mr. Kenji Nakazawa, director of Career Development Program of the Society of Researchers for International Development (SRID), mentioned it was also important to ensure that what was previously going well at the fields should be kept by the current reform efforts. 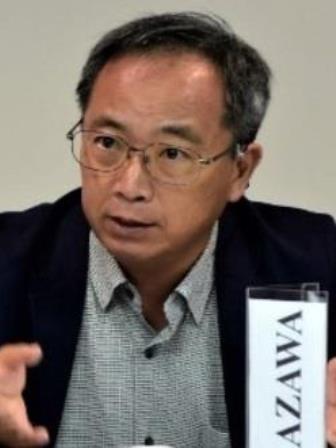 Prof. Ai Kihara-Hunt of the University of Tokyo pointed out that the Security Council was dysfunctional because of the lack of common understanding on human rights. She asked about the position of the Japanese government on regulating the use of veto. 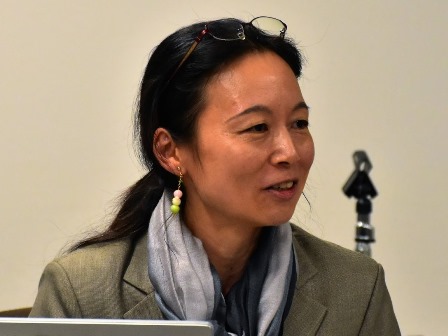 In response to comments and questions raised by the commentators and participants, Ambassador Oshima mainly addressed the challenges of current UN Reform, especially the prevention works. Numerous issues raised by the audience such as sovereignty, disharmony of P5, veto and the prevention works are still actively discussed in the UN as a part of the reform efforts of Secretary-General Guterres. Ambassador Oshima noted that the excellent example of the successful prevention works was the UN International Strategy for Disaster Reduction, and the Japanese government had been making a significant contribution to its formulation and implementation. Also, to prevent mass murders such as the Rwanda Genocide had prioritized prevention works. To achieve more success, all responsible persons at responsible positions needed to sharpen their sense of responsibilities. It is easy to insist on “prevention”. However, it is vital to focus on how to achieve it. Mr. Wada informed the participants that the Government of Japan was taking a position that the UN reform agenda should include the reform of the Security Council particularly the power of P5 members. 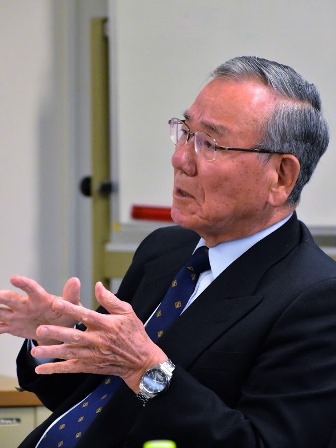 At the end of the workshop, Prof. Hasegawa thanked Ambassador Oshima and Mr. Wada for their insightful presentations and the commentators for their incisive observations. Concerning the comments made by Mr. Inoue and others on human security, Prof. Hasegawa pointed out that the original essence of human security was still valid today as it was 25 years ago. That was the importance “self-reliance” and “self-discipline” of nation states and their leaders. It meant not only independence and autonomy of developing countries but more importantly the self-discipline that needed to be exercised by the powerful states to restrain themselves. Self-reliance and self-discipline are embodied in the initial idea of human security advanced by Mahbub ul Haq in1993-94 and constituted the central core of the overall concept of human development. Human security analysis is an essential part, or partner, of human development thinking. As the concept of human security has lost its attractiveness, Prof. Hasegawa suggested that it be called and advanced as “People First” as the conceptual foundation for Secretary-General Guterres` UN reform efforts.

This summary report was filed by Icchiku Yamada, Yuki Saito and Haruka Mizobata.