My dear friend, Mr. Victor Angelo, took me and my wife to this impressive monument on the edge of the river leading to the Atlantic Ocean. It is dedicated to the 15th to 16th century Age of Discovery when Portuguese explorers set out across the oceans to seek the New World. They took one hundred years before they finally reached Japan in 1543.

It was from this point where the Portuguese ships set sail to all over the world and finally reached Japan in 1543. According to tourist information, the first Portuguese who arrived in Japan were three traders António Mota, Francisco Zeimoto and António Peixoto (also presumably Fernão Mendes Pinto). They arrived at the southern tip of Tanegashima, where they would introduce firearms to the local population.

The monument in Lisbon was designed by José Ângelo Cottinelli Telmo and created by Leopoldo de Almeida in 1939 as a temporary attraction for the Portuguese World Fair of 1940. The monument was dismantled after the exposition but in 1960 was reconstructed, this time as a permanent feature on the water’s edge and under the direction of architect António Pardal Monteiro and engineer Edgar Cardoso. The rededication of the monument coincided with the anniversary of the death of Henry the Navigator. 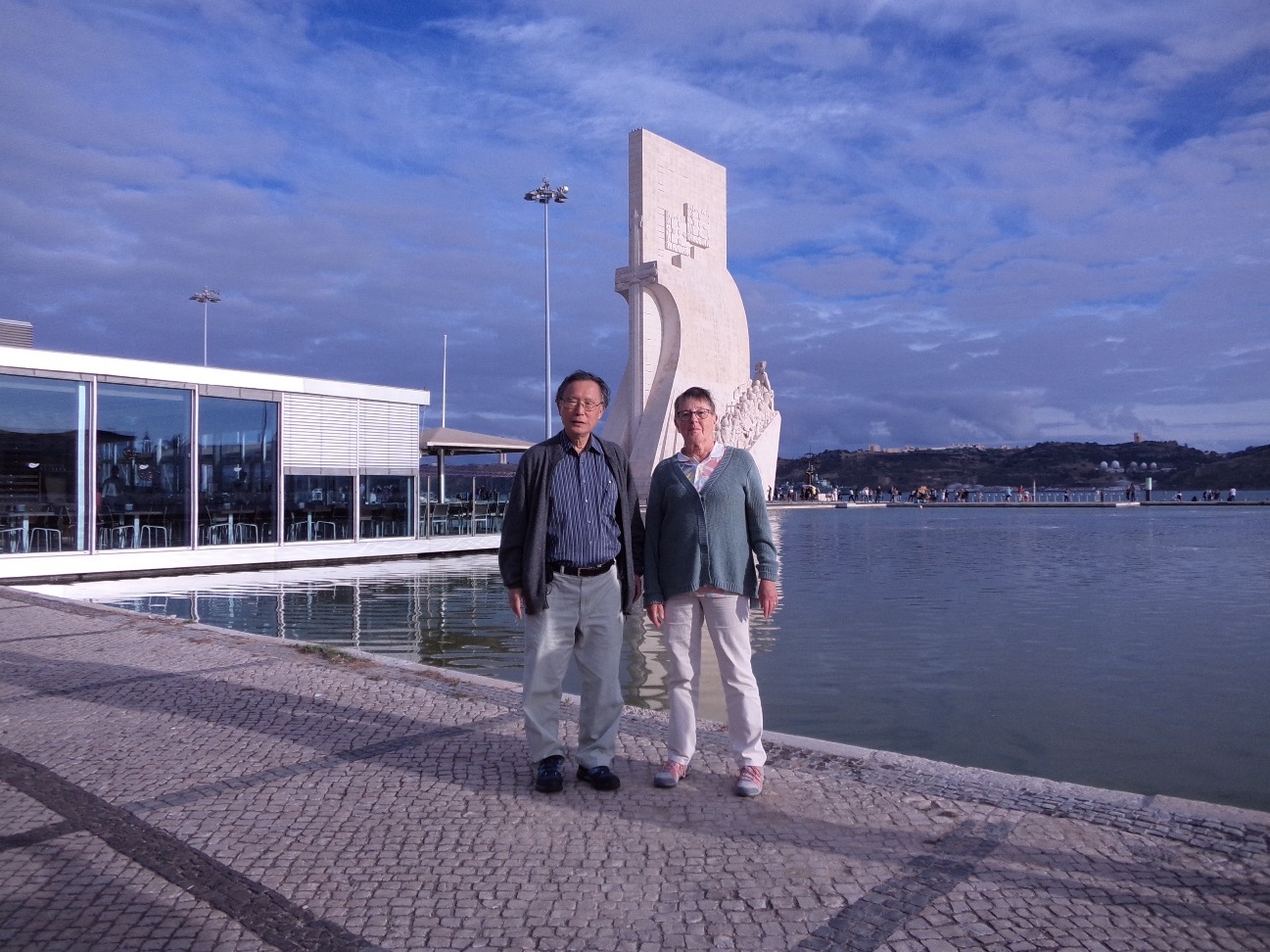 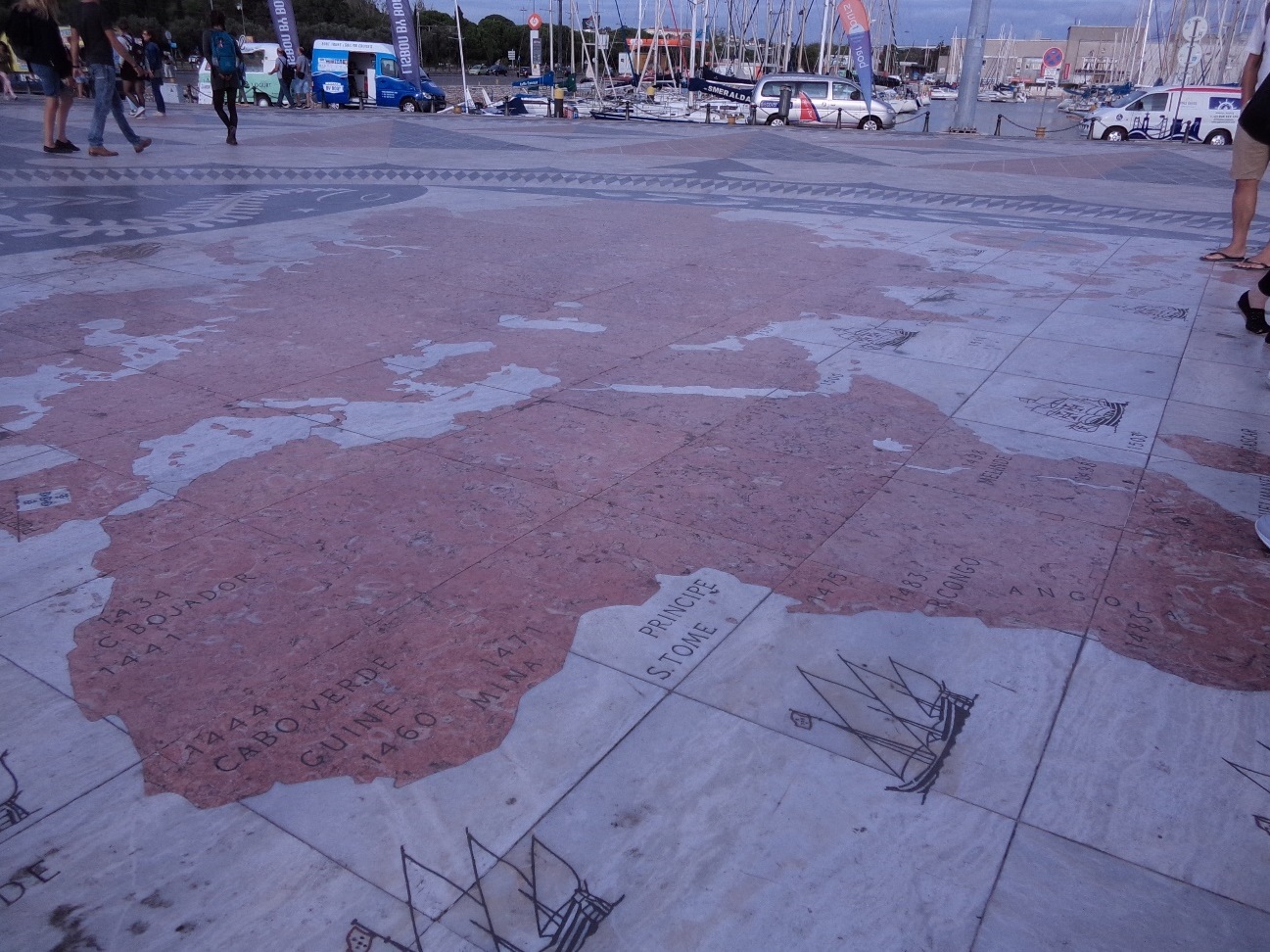 This granite stone map shows when the Portuguese explorers reached. The Portuguese Empire was the earliest and longest lived of the modern European colonial empires. It spanned almost six centuries, from the capture of Ceuta in 1415 to Macau’s return to China in 1999. Portuguese explorers began exploring the coast of Africa in 1419, leveraging the latest developments in navigation, cartography and maritime technology searching for a sea route to the source of the lucrative spice trade. In 1488, Bartolomeu Dias rounded the Cape of Good Hope, and in 1498, Vasco da Gama reached India. In 1500, Pedro Álvares Cabral added Brazil to Portugal’s “discoveries.” As skilled Portuguese sailors explored the coasts and islands of East Asia, and by 1571, outposts connected Lisbon to Nagasaki, Japan. The empire was now global, and a source of great wealth.

Many thanks, Victor and Christine for taking us around in Lisbon and hosting a fabulous dinner.