On the 28 February 2019 Canadian Journalist Judi Rever made a presentation of her book suggesting that systematic killings of Hutus had been carried out by the Rwandan Patriotic Front during and after what is known to the international community as the Rwandan Genocide in 1994. Her claims provoked a vivid debate among the participants of the round table. 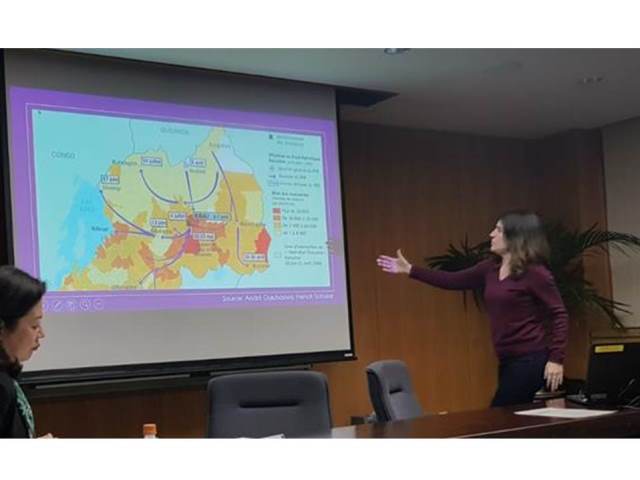 While official websites of international organizations such as the UN has mainly referred to the killings of Tutsi and moderate Hutus when discussing the Rwanda genocide, Ms. Rever calls for a paradigm shift. Based on testimonies of former victims, former RPF members, aid workers and UN officials, she suggests that the killings were bi-directional, and many innocent Hutus were killed as well. Furthermore, Rever accuses the UN and governments of key states such as the US to have helped General Kagame to cover up the mass-killings. The validity of this claims was debated by the participants.

Another major issue of debate was a map which Ms. Rever presented. It suggested that as many as one million people could have been killed by the RPF during and after the Rwandan Genocide while official UN figures only counted 800’000 casualties of mostly Tutsis and moderate Hutus. Ms. Rever explained that this discrepancy resulted from the fact that official figures were limited to the time period of April to June 1994 and mainly counted Tutsi civilians. Her estimation was based on accounts of former RPF soldiers and her own calculations. In addition, the journalist had found during her research that international organizations such as the UN and key states such as the US have been involved in covering up the killings of Hutu civilians and refugees, which resulted in a lower overall number of causalities. She then said that the international community should stop providing Rwanda with assistance.

Professor Tanabe of Tokai University shared the controversial conclusion raised by BBC documentary in 2014 “Rwanda’s Untold Story”. According to it, before the genocide, the estimated population of Tutsi was around 500,000, and out of it, 300,000 survived the massacre. If the total number of victims of the genocide in 1994 are around one million, it indicates that most of the victims were Hutus. It describes that Kagame’s intention was not to stop the genocide but to win the war. If that’s the case, it shows that what the world believe is different from what actually happened.

The journalist`s claim was challenged first by Mr. Ken Inoue, Senior Advisor of JICA Mr. Inoue questioned the efficacy of just criticizing the UN and other entities. He asked what the international community could have done and could do. He thought it was appropriate for JICA to provide development assistance to Rwanda. 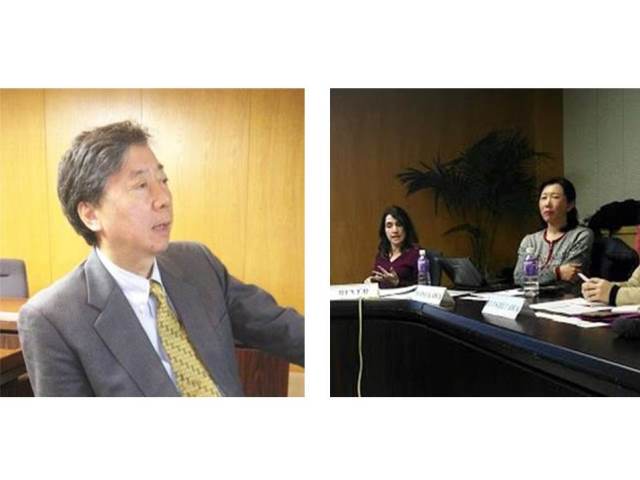 Professor Masako Yonekawa, former Head of Field Office of UNHCR Goma, who had conducted in-depth research in Rwanda and Congo was also very familiar with accounts of refugees in the Great Lakes Region. She said that JICA should stop aid provisions at all costs, as even though it might not be Japan’s interest, it will only feed into a system which harms people. Corruption in the Government is still prevalent. What is key in order to ameliorate the conditions, however, was to get a more profound understanding of the political dynamics. Adding to this point, Ms. Rever also emphasized the necessity of awareness raising in the international community.

Ms. Liechti, a Swiss student at the University of Tokyo inquired on how renewed clashes of violence between individuals that hold on to grievances of the past can be prevented. Ms. Rever responded that official apologies might be key. Professor Hasegawa, however, noted that the victims should not insist on apology in order to achieve reconciliation and cited an example of Japan and the United States aftermath of the second World War. The two countries have achieved friendly relationship as Japan had not insisted on a US apology for dropping atomic bombs in Hiroshima and Nagasaki and killed instantly hundreds of thousand civilians. 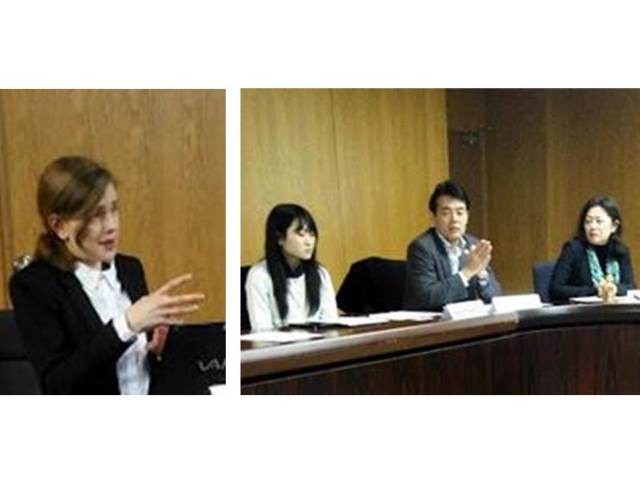 In his concluding remarks, Professor Hasegawa acknowledged that Ms. Rever made a critically important assertion that the RPF had engaged in systematic killings. At the same time, he cautioned not to rely on casual remarks to cite any specific number of Hutus and Tutsis killed without serious accounting. It was not prudent to extrapolate the number without rigorous verification. Hasegawa also mentioned the need to differentiate political assassinations from ethnic cleansing. He was engaged with Kagame, then Vice President, during the period of his assignment as UN Resident Coordinator in 1995-96. Then, the Government of Rwanda under Kagame arrested, instead of killing, thousands of Hutus who had collaborated in killings of Tutsis. As a result, the prison population increased by tenfold from about 20,000 to 200,000 during in two years in Rwanda. This fact contradicted Rever’s claim that Kagame wanted to kill as many Hutus as possible in order to maintain the newly attained peace after the genocide.