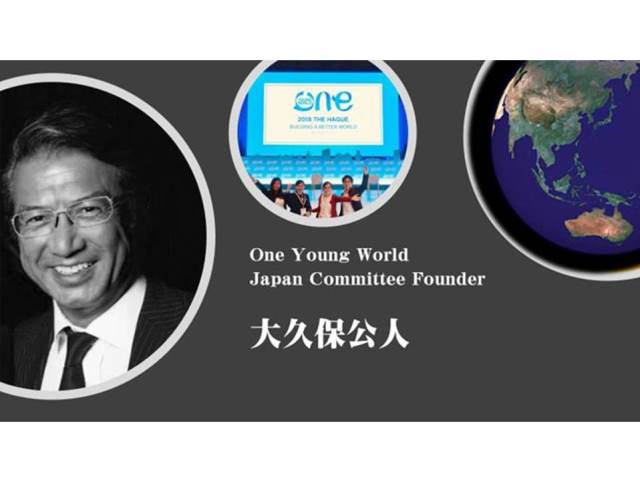 On December 5, 2020, GPAJ held a seminar with Mr. Kimihito Okubo, the Principal and Founder of One Young World Japan Committee (his bio included at the end of this document). The idea of One Young World (OYW) was raised at the World Economic Forum in 2009 and it was founded in 2010. OYW, particularly through its Summit [which is referred to as “Young Davos” and which is also facilitated by “counsellors” like renowned politicians, activists, chief executive officers etc.] aspires to develop global youth leadership for future through jointly addressing and solving global problems and issues.

We exchanged various inspiring perspectives and engaged in active discussions relating to the activities / contributions of young leaders and shared the common goal to empower young leaders and support them in a manner to enable them to make a better world for the future.

1. Seminar Proceeding
After Mr. Masakuni Tanimoto, Secretary General of GPAJ, announced the seminar opening, the seminar proceeded as below.

(1) In Opening Remarks by Mr. Sumihiro Kuyama, Former Assistant Secretary-General of the United Nations, he introduced One Young World to GPAJ, emphasizing, at the same time, the importance of establishing People’s Assembly (under UN General Assembly) which is to be represented especially by Youth.

(2) Explanations regarding One Young World by Mr. Okubo, emphasizing on the One Young World Summit, which will be held in May 2022 in Tokyo, to be joined by 3,000 young leaders represented by 190 countries. One Young World’s promotional video was played.

Professor Sukehiro Hasegawa, President of GPAJ and Former Special Representative of the Secretary-General of the United Nations for Timor-Leste, moderated the discussions throughout this seminar.

Ms. Gamarra summoned the young leaders from all over the world, including Bangladesh, Italy, Japan, Malaysia, Peru, Poland (residing in Tokyo) and USA, who greatly contributed to the discussions in this seminar based on young leaders’ perspectives and aspirations.

2. Outline of Key Points Discussed during Q&A and Discussion

>> GPAJ and One Young World commonly shared the vision and the value that youth needs to be involved in the present problem-solving steps for bringing solutions to a better world for the future.

>> It is important that young leaders directly address global issues and SDGs represent an effective connecting platform for global problem-solving.

>> It is important to identify policies that are inducive to a successful implementation of young leaders’ leadership and institutionalize platforms and opportunities, in which young leaders can carry out their own mission statements and fulfil their potentials to the maximum extent.

>> In the case for One Young World, young leaders tackle the global issues of their choice and expedite activities for solutions, and the senior category of the society (including the private sector) provides financial and technical support for such activities.

>> Various types of collaborations and partnerships in the society would be necessary to build synergies and solidarities under the common vision.