Timorese government officials visited Former Special Representative of the Secretary-General to Timor-Leste Hasegawa and briefed him about the economic and social situation in the country. They stressed the need to develop alternative economy as the country cannot depend on the petroleum resources forever. Reported by Masakuni Tanimoto Secretary-General of the Global Peacebuilding Association of Japan. 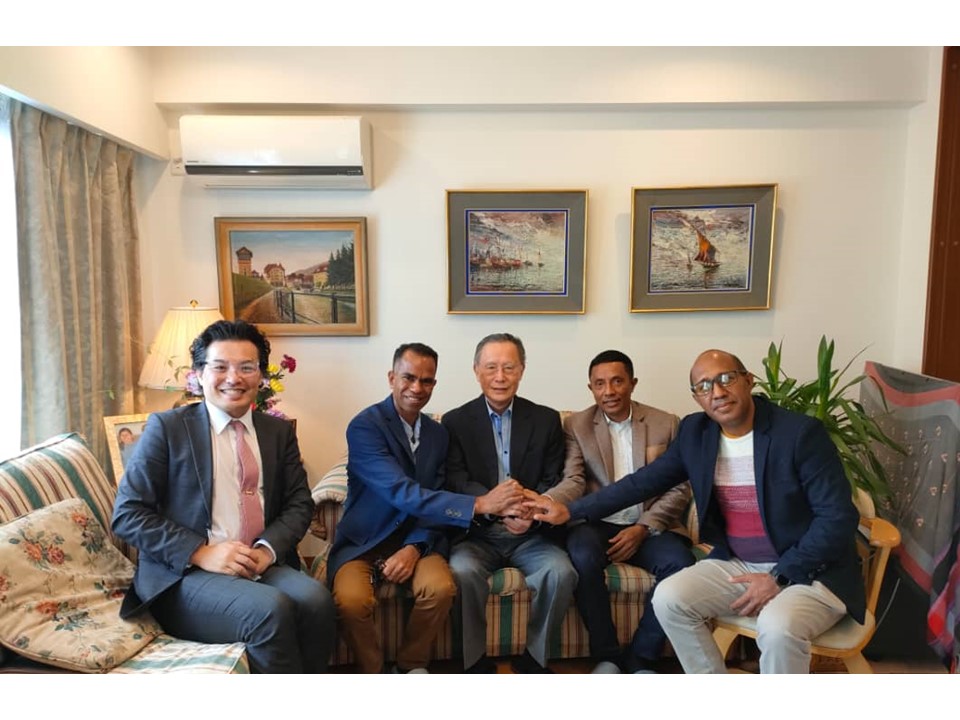 Seen in this photo are from right Mr. Hernani Soares, General Director for Administration and Finance of the Ministry of High Education, Science and Culture, Commissioner Antonio Freitas of the Civil Service Commission and Agostinho Letencio de Deus, Director General of the National Institute of Public Administration (INAP).