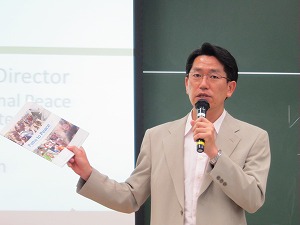 In Part One, as an introduction, he reviewed the historical changes in the nature of world conflicts. Points mentioned were: since mid-1970s and particularly after the end of the Cold War, more intrastate conflicts than interstate conflicts occurred; conflicts often occur in Africa and Asia; various players are involved in recent conflicts; and causes of conflicts have become more complex.

Secondly, he talked about the history and the characteristics of UNPKO. Legal basis, basic functions, and emergence of multi-functional and robust PKO were covered. Also, the nature of UNPKO was discussed in relation to various concepts related to peace, namely, conflict prevention, peacemaking, peace enforcement, peacekeeping, and post-conflict peacebuilding. Then he presented a model structure of UNPKO mission and stated the relationship between Military, Police, and Civilian Sections, as well as coordination between UNPKO and UN Country Team. He further elaborated on how different actors cover various post-conflict tasks and functions of UN Organizations, WB/IMF, NGOs and UNPKO were discussed. He remarked on contribution of personnel by member countries to UNPKO, and stated that contribution of personnel by Japan was not so large, regardless of its high budget contribution to UNPKO. He added that because of the recent expansion both in functions and in size, securing resources has become a serious problem.

Finally in Part Two, spending few minutes, he introduced his background and personal experience in international cooperation, noted some points and encouraged the students.
(Yukihiko Masuda) 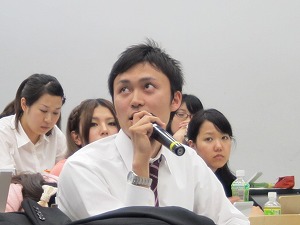 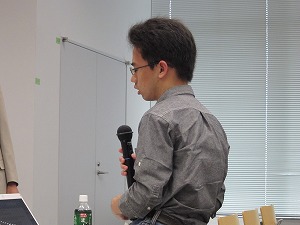