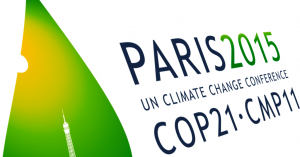 In response to the increasing amount of CO2 around the world, United Nations Framework Convention on Climate Change (UNFCCC) was set in Rio de Janeiro in 1992. This international framework on climate change called for stabilization of greenhouse gas concentrations in the atmosphere, and especially developed countries were required to implement national policies and measures to reduce emissions and mitigate climate change. However, in spite of the ‘Common But Differentiated Responsibilities (CBDR), no specific emission targets were set, and thus, after five years in 1997, the Kyoto Protocol was adopted. This international environmental regime was ratified by 192 countries, except for the United States. Japan and Canada also withdrew from the second commitment period (2013-2020). This protocol mandates developed countries to reduce their overall greenhouse gas emissions by at least 5 percent below 1990 levels, and Japan successfully reduced 6 % of CO2 emissions by implementing domestic policies and buying some credits from developing countries.

Japan publicly claims that the international framework should be fair, effective, and applicable to all parties. Actually, 58% of the global emissions comes from non-Annex I Parties or developing countries, and also the 2013-2020 Kyoto Protocol covers only 14% of the total global emissions. Therefore, Japan calls for a new international framework after 2020 to be adopted by COP21 in 2015 that will bind all the developed and developing countries together. It also currently proposes ‘Intended Nationally Determined Commission (INDC),’ which is a target set by a county’s own decision. This will enable each country to implement feasible targets in line with their energy demand and the governmental budget.

The international community faces a great issue of climate change. With the concerted efforts, the international environmental regime should hold all the governments, private actors and individuals accountable for their action.