On July 4th, 2015 at a seminar held in Tokyo, Professor Masako Yonekawa of Rikkyo University made a detailed briefing about the political factors that impacted humanitarian assistance as she spoke to Japanese students who are participating in the JCK youth forum in Korea in September 2015. 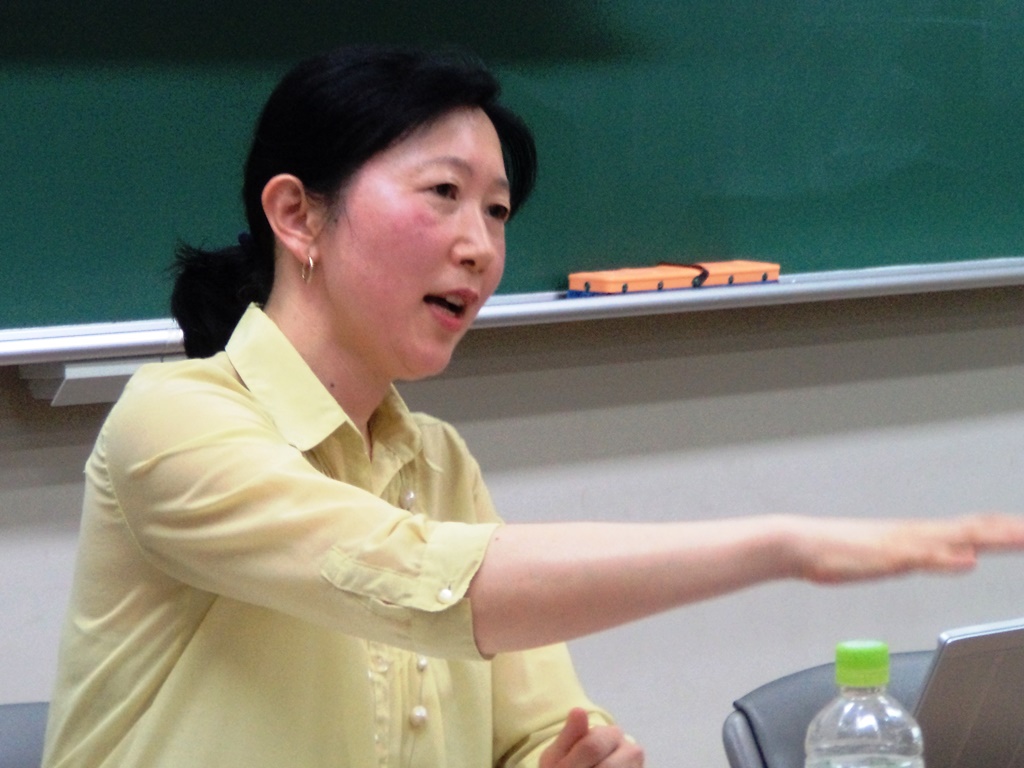 Professor Yonekawa delivered her lecture entitled “Reforming United Nations Humanitarian System for New Global ‘Humanitarian’ Crises”. As of end 2014, there are 60 million people who were forced to displace by different reasons including conflict and persecution. Although humanitarian actors have an objective to save their lives, they may contribute in prolonging conflict and doing more harm than good. As humanitarian agencies expanded in number in 1990s, humanitarian crises raised questions about the neutrality, impartiality of humanitarianism, and humanitarian actors’ Code of Conduct. And despite several initiatives were taken by humanitarian actors, they have been unable for a lengthy period to save lives and to main dignity for three reasons.

First, the political aspect of the nature of humanitarian aid is not widely known. People in general see humanitarian aid as good. However, from another point of view, aid must be regarded as a convenient form of political action. It is used to bolster the actors’ international acknowledgement and political goals because aid enables the extension of ‘state power at a local level’. Thus, aid and aid agencies have been used as ‘bait’ to lure refugees and other beneficiaries.

Second, aid workers’ attitudes may be problematic. As seen in the term ‘hyper-competitive relief market’, aid workers rush to the site of a crisis to attract worldwide attention without accurate information. Also, their attitude can aggravate the crisis situation when aid workers may blindly accept opinions given by local leaders who might be criminals. Furthermore, aid workers often use collective labels for aid recipients such as ‘women and children are vulnerable groups who need special assistance’ although many young men can be as fragile as they do. Such labelling can create unnecessary conflict among the beneficiaries.

Third, humanitarian aid can prolong conflict by humanitarian actors’ reinforcing policy in refugee and IDP camp settings. In order to assist the beneficiaries efficiently, the United Nations has developed the cluster approach, including camp coordination and camp management. However, armed groups also have interest in this camp settings where they can easily loot aid materials to be sold and rearmed themselves. In fact, forced displacement does not take place as a result of conflict but it is rather the primary objective of armed groups, in order to control certain vacant area after displacement takes place.