On August 27, 2015, under the chairmanship of Amr Moussa, former Secretary General of the League of Arab States, the International Advisory Board of the Cairo Center for Conflict Resolution and Peacekeeping in Africa (CCCPA) held its first meeting in Cairo, Egypt. 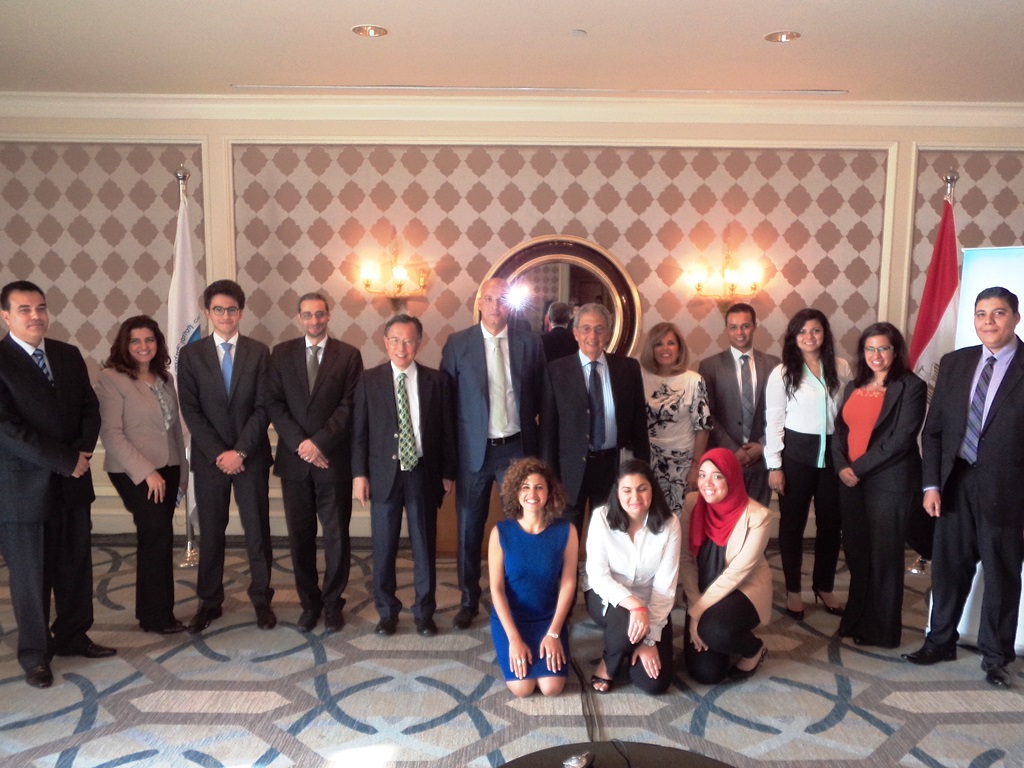 Counselor Ashraf Swelam, Director of CCCPA made a presentation on the training and research activities it had carried out since it was established in 1994. His presentation was followed by an exchange of views by the participants including former Minister of Family and Population Ms. Moushira Khattab and Professor Sukehiro Hasegawa concerning the changing nature of conflicts and newly emerging threats of transnational and ideological nature. They also referred to three reports on UN peace operations.

The International Advisory Board referred to the following four reports on UN peacekeeping and peacebuilding activities.

1. Report of the Independent High Level Panel on UN Peace Operations, Uniting Our Strengths for Peace-Politics, Partnership and People, 16 June 2015

2. Report of the Advisory Group of Experts on Peacebuilding on the 2015 Review of the United Nations Peacebuilding Architecture, The Challenge of Sustaining Peace, 29 June 2015