On 19 October 2015, Dr. Alistair Edgar, Executive Director of the Academic Council on the United Nations System (ACUNS) spoke at the University of Tokyo if the UN was still Fit for Peace and Security Governance. 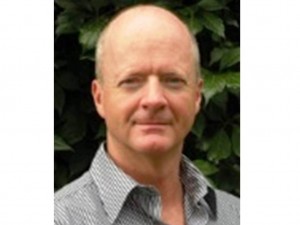 Dr. Alistair Edgar, Executive Director of Academic Council on UN System (ACUNS) and Associate Professor of Wilfrid Laurier University in Canada, visited the University of Tokyo and lectured in the Seminar of Human Security Program on 19 October 2015.

In the first part of the presentation, Dr. Edgar emphasized that he was speaking as an academic scholar – not in his capacity with ACUNS – who can evaluate the UN fairly. He argued that although there are many media allegations that the UN is meaningless and irrelevant, it is crucial for us to have a fair assessment of the work by the United Nations. To have a clear understanding of the United Nations, he categorized three types of the UN. The first UN is the UN Secretariat and UN agencies whose members obtain salaries as UN staff: this he called the “permanent UN”. The second UN, according to Dr. Edgar, is the “political UN,” which includes the roles of UN Security Council, General Assembly, ECOSOC, and other gatherings of Member States which are working for peace and security issues. The third UN is the “normative UN”, which is creating new norms, treaties, and providing broad ideas as guidance in political, security, economic, social, and environmental dimensions.

Dr. Edgar then stressed that the first UN – the staff of UN Secretariat and UN agencies – are working under enormous pressures and expectations that they need to work hard and achieve concrete and immediate results, in a wide range of challenging humanitarian assistance, development assistance, and peace building activities for creating enduring peace. These are some of the most difficult tasks for the human being. But despite the accusations or ‘reports’ of some media critics, their salaries are quite low compared with other professions; the average salaries of UN staff is around 70,000 USD per year, while an attorney working for a law firm in New York City would expect to earn at least 100,000USD year. The entire budget and staffing (permanent, contract, and support staff) of the UN Secretariat in New York – about 5.5 billion USD per year – is comparable to the budget of the New York City Police Department. The budget of UN peacekeeping operations which are deployed to 15 different missions in highly challenging and complex conflicts all over the world is about 8 billion dollars, which equates to just 0.5 % of global military expenditure of all member states. With this relatively very small budget and staff, the UN is expected to make and keep peace in the world. And once the United Nations succeeds in making peace and establishing enduring peace, the media (and Member States) tends to forget these conflicts and provides no coverage on these successes. On the other hand, when the United Nations fails, so many media in the world cover the failures and blame the UN.

Reflecting these situations, Dr. Edgar concluded that it is important to have a fair assessment of the United Nations – not simply to create a ‘straw man’ in order to make predetermined criticisms – and carefully to think about how to use it for peace and security in the world. In many cases, it is the Member States who have failed in making an agreement on how to end the conflicts which then are “dumped” onto the agenda of the United Nations – as clearly shown in Syria. Of course, the “permanent UN” is not without its deficiencies and its failures, both organizational and individual; but addressing these is not helped by unrealistic or irrelevant criticisms. The reform of the UN Security Council, for which the UN General Assembly just adopted an informal “negotiating text” as a basis for the future discussion, might be an important step to improve the functions of the UN on peace and security.

Students, scholars, and citizens who participated in the seminar, made numerous questions to Dr. Edgar who responded to them in a very sincere way; the audience were very happy about discussion. Professor Sukehiro Hasegawa, former Special Representative of Secretary-General in Timor-Leste appreciated Dr. Edgar’s argument on the importance of making a fair assessment of the UN. Professor Daisaku Higashi, associate professor in the University of Tokyo who hosted the meeting, emphasized that there would be important roles in the future for academics to examine not only “failing cases” of the UN peace operations but also the “successful cases” so that it can create practical lessons for future practices of the UN peace operations.