The “denuclearization of DPRK first” approach has brought nothing but stagnation of negotiation for long time. 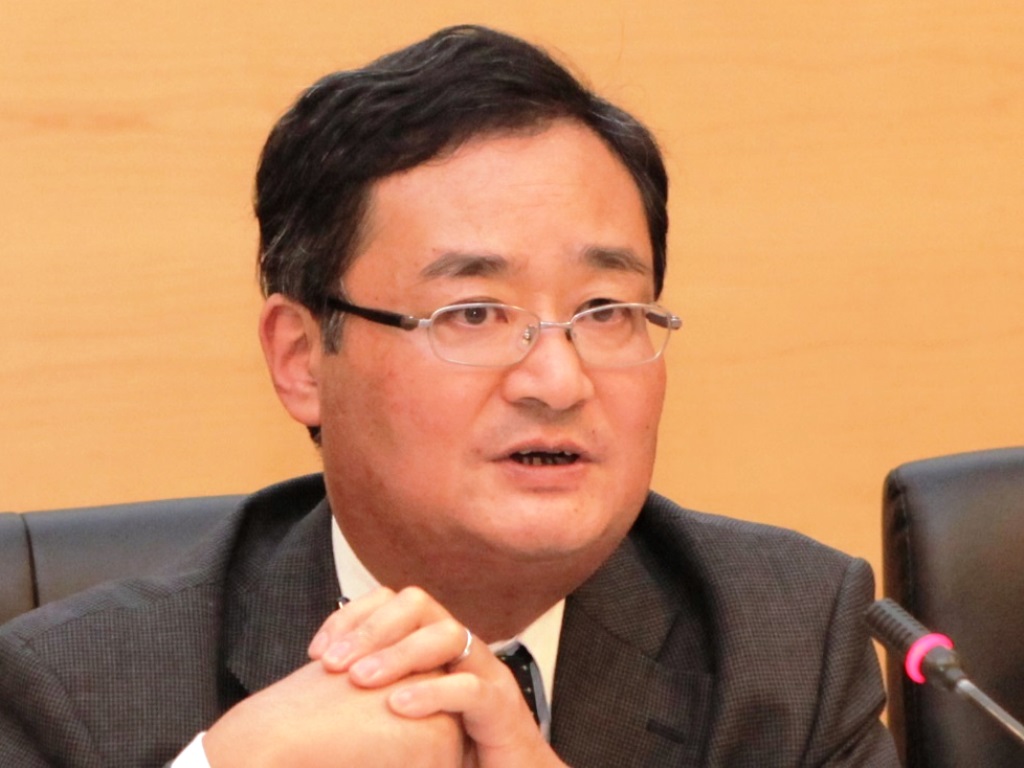 Since DPRK rejected the requests by IAEA and refused to comply with its obligations under NPT, the security situation in Northeast Asia has been deteriorating. DPRK announced its intention to withdraw from NPT in 1993 and, in spite of the “Agreed Framework between the USA and DPRK” in 1994, which was practically cancelled by the Bush Administration, DPRK confirmed its withdrawal from NPT in 2003. Finally, DPRK conducted its first nuclear test in 2006 and defined itself as a nuclear weapon country.

Under such circumstances, former Senior Adviser to President Clinton, Dr. Morton H. Halperin proposed his idea of a “Comprehensive Agreement on Peace and Security in Northeast Asia” in 2011 in order to break the impasse[1]. The Research Center for Nuclear Weapons Abolition, Nagasaki University (RECNA) found Dr. Halperin’s proposal including an idea to establish the Northeast Asia Nuclear Weapon-Free Zone as a part of the plan quite attractive as well as realistic, and started an international research project on the proposal from 2012 to 2015, with participation by Dr. Halperin and researchers from various countries including Dr. SHEN Dingli and Dr. ZHANG Guihong from Fudan University[2].

It is clear that DPRK conducted a clandestine nuclear development program and thus breached its obligation under NPT. Of course DPRK tried to justify it by emphasizing the security threats posed by the USA. I do not want to go into the detailed assessment of the position taken by DPRK here since it is still too controversial. At least, President Clinton tried to negotiate with DPRK and once reached a compromise in 1994. During the negotiation, the USA gave a priority to stop and eventually to end the nuclear program of DPRK. However, the succeeding US president, President Bush changed the attitude toward DPRK and cancelled the once reached compromise with DPRK. In other words, President Bush gave a priority to pursue the responsibility of DPRK for breaching its obligation under the NPT and did not hesitate to put pressure on DPRK instead of engaging with DPRK. As a result, DPRK opted to withdraw from NPT and conduct nuclear tests.

Under such circumstances, Dr. Morton Halperin, who once handled the negotiation with DPRK under President Clinton, proposed a “Comprehensive Approach” to solve the deadlock. The word “Comprehensive” means that the relevant parties shall approach the problem in such a manner not to single out the nuclear problem of DPRK but to review the problem in a comprehensive context of security situation in Northeast Asia. From this point of view, we have formulated the following seven points proposals as a result of three-year international research project[3].

Followings are the summarized points of the proposals listed in “Proposal: A Comprehensive Approach to a Northeast Asia Nuclear Weapon-Free Zone”, p16-p.19;

(1) “Comprehensive Framework Agreement” for the Denuclearization of Northeast Asia

The Comprehensive Framework Agreement shall be concluded as a first step. This Agreement should be a declaratory, rather than rigid and detailed in nature and should include such provisions as, peaceful settlement of the Korean War instead of temporary cease-fire agreement, mutual non-aggression, cooperation in energy sector, establishment of nuclear weapon-free zone and a permanent venue for consultation on regional security in Northeast Asia.

In addition to the ordinary provisions of nuclear weapon-free zone treaties, the NEA-NWFZ treaty shall include such provisions like the prohibition of other weapons of mass destruction and peaceful use of outer space.

(5) Urgency to begin the negotiation

The negotiation shall start promptly in view of the urgency of the situation and considering the meanings of the year 2015, initiatives for peace and denuclearization should start from this year. We have already experienced certain adverse effect on nuclear disarmament due to the failure of the NPT Review Conference in this year of 70th anniversary of the first use of nuclear weapons against cities. In order to keep the momentum for nuclear disarmament, we need some positive development in this field.

The expansion of nuclear weapon-free zones is a great contribution to strengthen the global nuclear disarmament and non-proliferation regime. Especially the impacts of the withdrawal of the DPRK from NPT and failure of a consensus at the 2015 NPT Review Conference, such an initiative of East Asian Region will be a precious contribution to the NPT regime. Also in view of difficulties in promoting the negotiation for Zone Free from Weapons of Mass Destruction in Middle East, realization of NEA-NWFZ will be a great encouragement for the relevant parties.

(7) Role for NGO and civil society

In order to secure the consistency and continuance of the negotiation as well as the implementation of agreements, there shall be some monitoring and follow up mechanism to be operated by an independent body, which will be not influenced by any change of polices in relevant parties. In this point, I personally have some reservations. In East Asia, still I do not think NGOs and civil societies are strong enough to monitor and lead implementation of policies related to important security issues. They may be very helpful in such functions like early warning of possible bleaches of relevant parties, I do not think they are powerful enough to oblige the government to observe the agreements. Because of this reason, I believe it is much better to establish formal institutions to implement the agreements even though it may take more time to formulate formal institutions.

We have publicized the above-mentioned proposal since March 2015. We have also transmitted the copied of the Proposal to the diplomatic missions of relevant countries and the UN. In addition, we also held an open forum as a side event of 2015 NPT Review Conference in UN Headquarters in May, which was attended by about a dozen delegates from the relevant parties including Japan, China and the USA.

So far, we have not yet received any official response from any governments, but many encouragements from NGOs and academic institutions, as expected. Informally, we have received some comments from government staff, mainly diplomats, of relevant states including many critics and little encouragements, which is also an expected response. There are mainly two criticisms, one is that the denuclearization of DPRK should be the prerequisite of all other arrangements and it is not appropriate to make any compromise with DPRK before their denuclearization. The other is that the situation of East Asia region is totally unfavorable for this kind of negotiation and such a proposal is unrealistic, even if it is highly desirable. Needless to say it is more desirable for all the parties that DPRK would give up its nuclear program first. However, this “denuclearization of DPRK first” approach has brought nothing but stagnation of negotiation for long time. And the stagnation of the negotiation has given DPRK time and motivation to pursue its nuclear program a lot further. I believe that now is the time to try different approach to change the situation.

I do not say our proposal is perfect or is the only solution for peace and security of East Asia but I do believe that our proposal should be reviewed as a realistic policy option to overcome the difficulty in this region.