The three UN reports reviewed are:
1. Uniting Our Strength for Peace, Report of the High Level Independent Panel on Peace Operations (A/70/95-S/2015/446)

2. The Challenge of Sustaining Peace, Report of the Advisory Group of Experts on the 2015 Review of the United Nations. Peacebuilding Architecture (A/69/968-S/2015/490)

President CHEN Dongxiao of the Shanghai Institute for International Studies opened the informal Asian reginal consultation meeting. His remarks were followed by a message from the President of UN General Assembly, Ambassador Mogens LYKETOFT. In his message, LYKETOFT mentioned his intention to hold a high level discussion on 10 and 11 in New York to reflect on concrete ways to draw out synergies from UN peace and security reviews and asked for the participants of the Asian consultation meeting their perspectives concerning the challenges faced by the United Nations in several critical areas. These challenges included the need to counter growing extremism and terrorism and the escalation of conflicts that require more effective protection of civilians. He also pointed out the need to enhance the effectiveness of UN peacekeeping and peacebuilding activities as well as prevention and mediation measures. Mr. Liu Zhixian, Vice President and Director-General of UN Association of China highlighted the changed nature of conflicts that were now characterized by civil wars and transnational organized crimes. He referred to four shifts advocated by the High Level Independent Panel on Peace Operations (HIPPO) namely (1) the primacy of politics that must drive the design and implementation of peace operations, (2) the need to use more flexibly UN peace operations to respond to changing needs on the ground, (3) more inclusive peace and security partnership, and (4) more people-centered and field-focused approaches in UN peace operations. 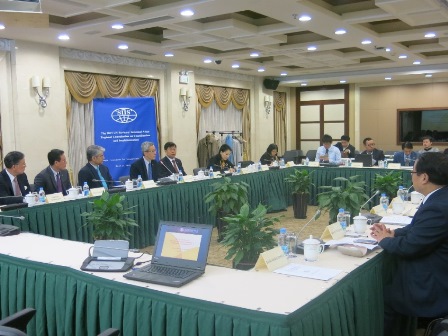 09:30 – 10:45 The 2015 UN Reviews: Retrospect and Prospect Guiding questions: How to ensure more coordination and coherence in implementation under current circumstance of fragmented international system and the UN system? How can we strengthen a people-centered approach in the framework of peace operations? What kind of institutional changes are required to achieve the shift from reaction to prevention? What are the norms and standards that could underpin such preventive approach?

Ambassador Asoke Mukerji, former Permanent Representative of India to the United Nations, pointed out the need for the UN to enhance its legitimacy by reflecting the increased number of members and including more developing countries in principal UN organs particularly the Security Council. He referred to the fact that more than 40 percent of UN peacekeeping troops were provided by Asian countries. Professor Sukehiro Hasegawa, former Special Representative of the UN Secretary-General, noted that the traditional UN peacekeeping and peacebuilding doctrine advocated as the principles of governance democracy, human rights and rule of law in post-conflict societies. While these universal principles and values were essential for sustainable peace and stability of societies, the commitment of national leaders to national unity played a key role in post-conflict recovery and development. 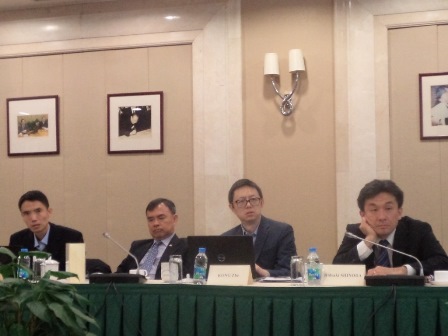 Guiding questions: How can we ensure that the UN family, the international system, and host nations ensure more effectively core protection tasks and address the full range of violations against women in particular? What are the implications for humanitarian, development, human rights and peacebuilding actors including peace operations? What are the implications for the UN in its role of impartial mediator or arbitrator in conflict and post-conflict scenarios? How can we build common understanding of the legal, political and operational requirements for UN and other multilateral operations to contribute effectively to peace and security in contexts where one or more of the combatants uses terrorist tactics or is linked to a transnational terrorist network?

Guiding questions: How can we use peace operations, peacebuilding initiatives and programs on women, peace and security to strengthen inclusive national ownership? How can we ensure that the factors that trigger and perpetuate conflict and the drivers that contribute to peaceful and inclusive societies are identified and analyzed in an integrated manner? How can we promote a greater understanding of the centrality of inclusion, in particular women’s participation and leadership, to ensure success and sustainability of peace efforts? How can the UN help strengthen inclusive state–society relations and engage more effectively with local actors to that effect?

Guiding questions: How can the Peacebuilding Commission and other institutions of the peacebuilding architecture play a more active role in facilitating and strengthening partnerships with IFIs and regional organizations? How can we enhance the level of predictable and sustainable financial support to UN engagement in preventing conflict, keeping and sustaining peace, as well as peacebuilding efforts more generally? What can critical global partners such as international financial institutions offer? How can the private sector and civil society complement UN efforts in preventing violence and sustaining peace? How can the UN system and other multilateral actors help to create an enabling environment for more private sector engagement?