In their presentations, Yamagishi of JICA and Kiraku of NHK explained what had happened with Serbs and Muslims of Srebrenica in their efforts to overcome their animosity and achieve reconciliation.

Ms. Maki Yamagishi of JICA, found as challenges lack of trust towards the government and the population decline due to the emigration and Ms. Sachi Kiraku, NHK reviewed the Serbs and Muslims continue to face difficulty achieving reconciliation 20 years after the genocide.

Introduced by Professor Kurosawa of Kyoritsu Women’s University, Ms. Yamagishi explained the JICA’s rural development project for the confidence-building. The project started in 2006 in aiming to developing the equality and trust among the ethnic groups as the tangible results of peacebuilding efforts through the agricultural activities. The project enabled the community residents to regain the means to support themselves financially, but also it made the harassments each other between the Muslims and the Serbs reduced. Confidence, mutual friendship, sense of pride of themselves and security increased. According to Ms. Yamagishi, the success of the project attributed to the onsite presence of the project expert to ensure swift interventions in the conflicts.

Ms. Yamagishi’s presentation included the review of a documentary in which 2 residents, the Serb and the Muslim, testified the evolution of Srebrenica as the JICA’s project progressed. The challenges, such as the lack of trust towards the government and the population decline due to the emigration were mentioned. In such circumstances, consideration of the ethnic balance was a key to the successful implementation of the project.

Presentation 2 NHK TV documentary “Next for Future, Living in the town of massacre – 20 years for mothers in Srebrenica

Introduced by Professor Higashi of Sophia University, the participants reviewed a TV documentary “Next for Future, Living in the town of massacre – 20 years for mothers in Srebrenica” which was produced by Ms. Sachi Kiraku and aired in NHK in July 2015. This 30 minute documentary demonstrated that even 20 years after the war, the recovery of the bodies and the DNA identification were in progress, and 136 bodies were newly put into the their tombs in 2015. Ms. Kiraku drew the lessons to be considered, including (1) school and educational initiatives to collect the facts of the massacre and to seek for the truth for co-existence of all the concerned ethnic groups, (2) the fact that the massacre 20 years ago is ongoing event, not the past event, (3) the needs to gain the trust of the Muslims towards the Serbs, (4) the Muslims and the Serbs’ complex feeling both as the perpetrators and the victims, and (5) population decline in the area due to the emigration. Mr. Kiraku concluded that the real co-existence by three different ethnicities is still facing an enormous challenge in Bosnia and Herzegovina. 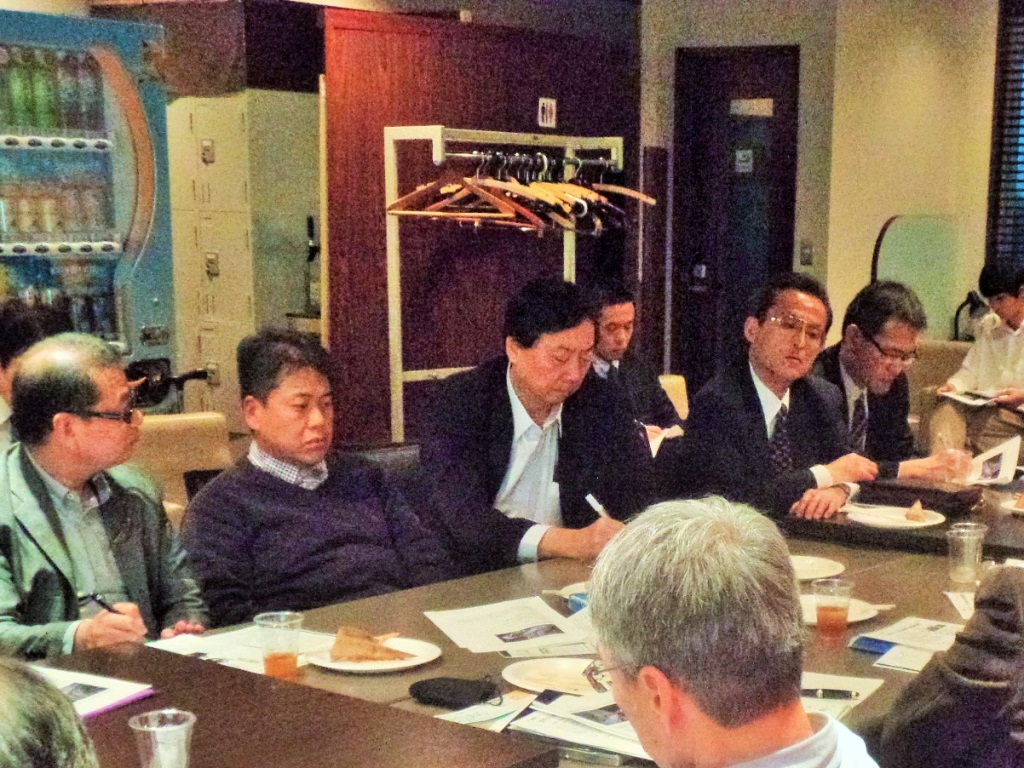 Following the presentations, the study group moved on to the discussion, Ambassador Hanada, Former Japanese Ambassador to East Timor and Professor of National Defense Academy compared Srebrenica with East Timor and South Africa which established the Truth and Reconciliation Commissions (TRC). Mr. Inoue of JICA raised the importance of the political will to deal with the massacre and to seek for co-existence with different ethnic groups. Professor Mizuno of Kanda University of International Studies raised the needs to validate the facts of the massacre, while the international media easily used the term “ethnic cleansing” to describe the massacre of Srebrenica. Professor Sugiyama of Kobe City University of Foreign Studies pointed out the high unemployment rate in Srebrenica as JICA confirmed the emigration to big cities due to the lack of local employment. 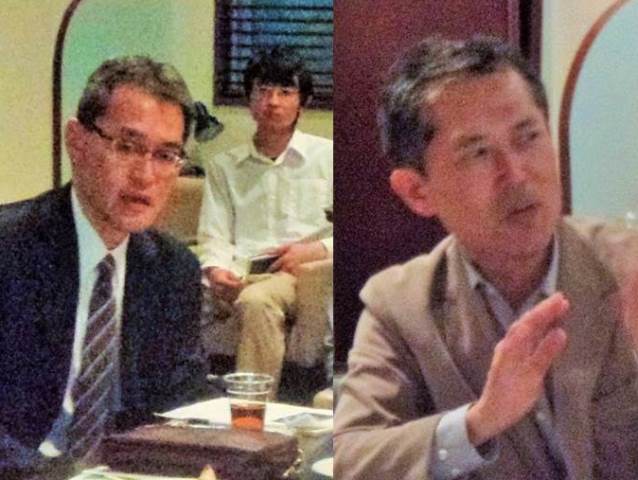 Professor Sakurai of Gakushuin Women’s College asked the information about the achievements of International Criminal Tribunal for the Former Yugoslavia (ICTY) for the Srebrenica massacre and the involvement of the European Union (EU) for the reconciliation and integration process. Professor Higashi emphasized that education is critical to advance reconciliation among different ethnicities in the long run, as well as that visual products such as TV documentaries are so powerful that it may be great to make collaboration between academic scholars and people in media who are interested in peace-building issues. Professor Hasegawa echoed other speakers on the importance of people being well educated and referred to Nelson Mandela`s assertion that education is the most powerful weapon for changing the mindset and mentality of the people. People must be aware of the need to go beyond mere evidence collection as practiced in retributive justice system and to determine the root causes of ethnic conflicts for preventing their recurrence. Professor Hasegawa concluded the discussions by emphasizing the importance of the integration between the education about the history and the fact finding leading to the truth.