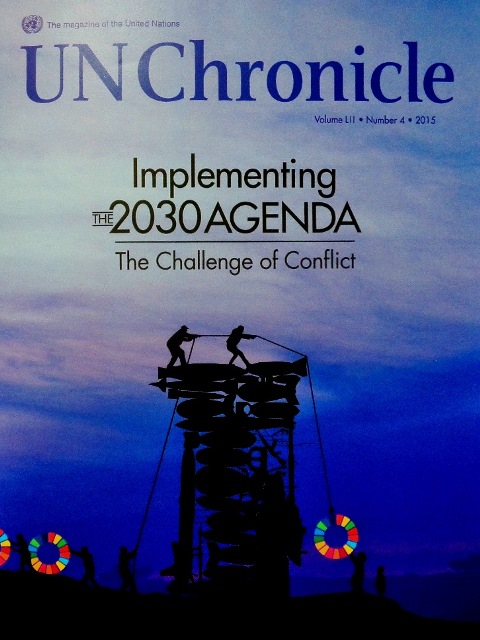 Key Messages
“Post-conflict leadership requires both resolute leadership and the willingness to share and accommodate divergent interests and aspirations.”

“In the immediate aftermath of conflict, the critical task of national leaders is to balance the need for securing political stability if necessary with force and governing their countries by influencing the thought and behavior of opponents as well their followers.”

“The surest way to establish a society based on rule of law is for the rulers to act virtuously and exercising discipline in their personal conduct and behavior more than power and force to strengthen their position.”

“While pursuing one’s own self-interest is not necessarily bad, a person as a leader should enhance the greater good of a community.”

“In conflict-prone and post-conflict countries, the rule of law and other institutional frameworks for democratic governance take time before they are fully developed.”

“What is needed most is an active engagement of national and local leaders who can restore the dignity of local people by adhering to locally adapted universal norms and standards of governance behavior.”

“Post-conflict leadership must have the qualities of disciplined leadership with high moral and ethical standards to restrain their desire to perpetuate their rule.”

“The ultimate task of leaders of post-conflict countries is to prepare for a smooth transition of their authority to their successors.”

“The leaders of post-conflict countries face three major challenges: first, to build peaceful and stable societies that are just and inclusive; second, to build the skilled manpower and capable institutions that are transparent, accountable and effective; and third, to achieve economic and social progress that provides all with equal access to justice, education, health and employment.”

“The mind-set and mentality of the leaders and people of post-conflict countries must change, and the United Nations should do more to help the leaders to achieve this change in their mind-set.”

“The first of the primordial leadership attributes is the leaders` commitment to national interest, identity and unity.”

“The second attribute is their ability to integrate universal ideals and principles of governance into their local community values and customs of governance.”

“Thirdly, their leadership is characterized by their courage and compassion and the ability to communicate and persuade their followers and the people at large of the efficacy of pursuing holistic visions and adapting universal ideal to local ethical norms.”

“The fourth leadership attribute is the ability to balance the need to act on injustices and crimes committed in the past and the merit of pursuing the future.”

“The final and most important attribute is the ability to transform the mindset and mentality of the people in order to achieve sustainable peace and development.”

“The underlying foundation for the five leadership attributes is the moral and ethical ideals that are advocated for centuries in both the East and the West.”

“There is no doubt that institutional capacity building for democratic governance is desirable for sustaining peace and stability in a long run, but in the immediate aftermath of conflict there is a more urgent need to influence and transform national leaders so that they become committed to national unity and interest.”