At a training seminar, organized by the Hiroshima Peacebuilders Center, commissioned by the Ministry of Foreign Affairs of Japan, held in Tokyo on 12 August 2016, Ms. Shoko Noda shared her experiences and outlook on leadership and management competencies as a UN Resident Coordinator in the Maldives. The aim of the training was to enhance the communication/negotiation and leadership/management competencies of the peacebuilding and development professionals and Ms. Noda described the broad range of her responsibilities and other features of her position as a direct representative of the UN Secretary General in the Maldives. 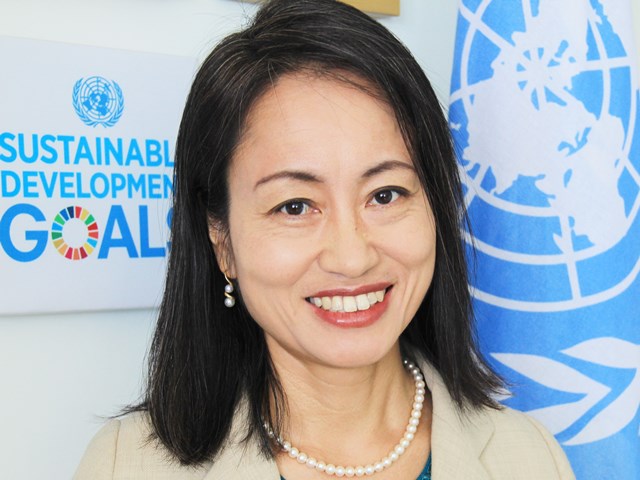 Maldives is a Small Island Developing State (SIDS) with a population of 400,000, sparsely spread across 200 inhabited islands. The country’s developmental transformation, over the last decades, was driven by the growth of its tourism industry, complemented with sustained investments in social sectors that increased access to education, health and social services for the geographically isolated, small populations. As a SIDS, Maldives is however constrained, by its structural characteristics, such as the geographic isolation, small size, limited natural resources and small population to expand and diversify the economy, to build climate resilience and to consolidate its relatively new democracy. 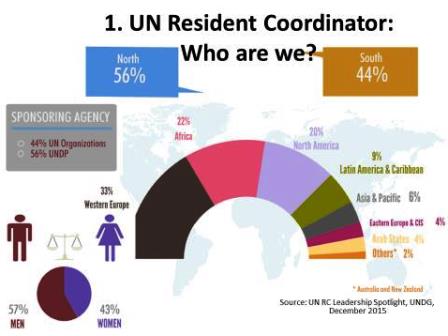 As the UN Resident Coordinator, Ms. Noda coordinates the development activities of the UN system in the Maldives through a platform called UN Development Assistance Framework (UNDAF). She is also a key advocate for the core UN principles, norms, values, and standards, especially concerning human rights. Moreover, as a Designated Official (DO), she is responsible for the safety of all UN staff and dependents in the country. She also leads the UN Country Team, which consists of the heads of UN agencies, and, if required, she will be designated as a Humanitarian Coordinator (HC) to coordinate humanitarian assistance. She also supports national efforts in disaster risk reduction and preparedness. In addition, she oversees UNDP’s programme as UNDP Resident Representative (UNDP RR).

UNDAF is a programmatic framework over a time-span of 5 years and focuses on the development priorities of a country. It contains specific mandates of the participating agencies, global strategic plan, programme cycle and country programme. The UN Sustainable Development Goals (SDGs) are guiding principles for UNDAF. Various stakeholders are involved such as the National Government, CSOs and development partners.

The UN Country Team in the Maldives began the roll-out process for the new UNDAF 2016-2020 in April 2014. There was strong ownership of the government in this process, under the overall leadership of the Ministry of Foreign Affairs as the main partner agency for the UN system in the Maldives. This process was challenged by the lack of development plan of the country, and data and statistical systems that require further strengthening. The UNDAF planning process was subsequently aligned to the election manifesto, sectoral master plans and policies of the current government. At the outset, the government identified and requested UN Maldives’ support in 3 particular areas: Youth and Children; Gender and Governance. Environment and Climate Change was later added as a 4th area of support with strong advocacy from Ms. Noda after she assumed office in October 2014. The UNDAF process was also greatly impacted by the fluid political situation in the country.

A considerable part of Ms. Noda’s work in the Maldives comprises of supporting the ongoing engagement of the UN’s Department of Political Affairs (DPA) to encourage a political dialogue process in the Maldives as a basis for more sustainable democracy and inclusive governance. In this capacity, she coordinates and interacts with multiple national actors such as the Government, political parties, CSOs, as well as diplomatic community represented in Male’ and Colombo (Sri Lanka), and intergovernmental organizations such as the European Union and the Commonwealth. Ms. Noda’s work in this area is supported by a Peace and Development Advisor (PDA) located in the UN RC Office in the Maldives to liaise with UN DPA.

Current human rights issues of concern in the Maldives are the imminent risk of implementing death penalty, limitations of freedom of expression and lack of fair trials. The UN Resident Coordinator addresses them through high-level advocacy, also within the framework provided by Secretary General`s Human Rights Up Front (HRuF) initiative, by streamlining human rights in UNDAF, and through the Universal Periodic Review (UPR) mechanism, as well as through the consultative drafting process of the country’s first National Human Rights Action Plan. Close and regular coordination with the Office of the United Nations High Commissioner for Human Rights (OHCHR) in Geneva is imperative for a consolidated UN stance on these issues on global, regional and national levels. In a country where social media is widely used in both public and private spheres, UN uses social media prudently and effectively to advocate for the core UN principles. 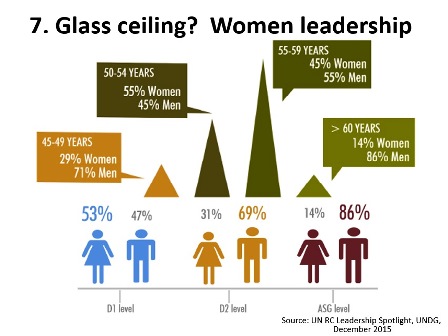 In her presentation, Ms. Noda also explained the “glass ceiling” phenomenon towards women in leadership positions in the UN system, including RC appointments. While on the so-called Director 1 (D1) level, 53 percent of the RCs are currently women, on all higher levels, this ratio is more and more male-dominated. On Director 2 (D2) level, it is currently 69 percent men, and on the following Assistant Secretary-General (ASG) level, it is 86 percent men.

Ms. Noda concluded her contribution by providing her insight into leadership styles and skills of a UN Resident Coordinator. She described the role of the RC being challenging and exciting; demanding excellent leadership, team building, facilitation and negotiation skills, as well as being able to manage conflicting expectations of UN RC, HC, and UNDP RR responsibilities all in one person. In addition to a wealth of experience and leadership capabilities, she emphasized the importance of being humble and flexible. Further, both extraverts and introverts have their advantages in leadership, and it is helpful to be aware of our own leadership style. For Ms. Noda, it is critical to listen extensively to all involved parties, including ordinary local people in remote islands. Showing respect to the local culture will open up smoother communication channels with local counterparts. Building and keeping personal rapport and establishing direct communication lines with the highest level of counterparts, for example through SMS, also greatly facilitates her work. At the age of active social media, leaders should know how to and when to use social media for advocacy work. It is fundamental to keep a healthy work life balance and to regularly reserve time for strategic thinking. Finally, she delegates and empowers team members, thus gives space to colleagues, but stands by them when in trouble.