Professor Yasuhiro Ueki explains the legal issues surrounding the US attack on the Sheyrat Air Base with 59 cruise missiles. 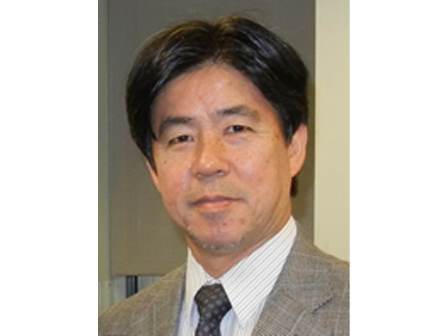 The following is an updated English version of an article contributed to the on-line journal Japan-in-Depth by Professor Yasuhiro Ueki of Sophia University on April 8, 2017. Viewers are invited to provide their comments.

Was the US attack on Syria legal?
By Yasuhiro Ueki, Professor, Sophia University, Tokyo, Japan

Judging that the aerial bombardment with chemical weapons in the Idlib province of Syria on April 4 was an act perpetrated by the Syrian government, the United States, two days later, attacked the Sheyrat Air Base in Syria with 59 Tomahawk cruise missiles.

A debate is underway whether this attack is legal or not under international law.

The use of force is permitted under international law in three circumstances: in individual self-defense, in collective self-defense, and in enforcement action under Chapter 7 of the United Nations Charter. The United States justified its use of force this time to deter further use and potential proliferation of banned chemical weapons by Syria. In his letter to US Congress on April 8, President Trump also indicated that he had acted “in the vital national security and foreign policy interests of the United States”. As the chemical weapons were used against civilians, the US action was also intended to avert “a worsening of the region’s current humanitarian catastrophe”. It therefore can also be considered a humanitarian intervention.

Can the US justification be supported in self-defense argument? It is dubious, as the Syrian action was not targeted at the United States. However, allowing the use of banned chemical weapons with impunity could potentially destabilize the international regime banning chemical weapons, which could then threaten the national security of not only the United States but also of others. This is a matter of serious concern to the international community.

The legality of humanitarian intervention is upheld under the concept of “Responsibility to Protect,” which was endorsed in the Outcome Document adopted by the World Summit in 2005. Such intervention is permitted to deal with war crimes, crimes against humanity, genocide and ethnic cleansing. This concept was first applied to Libya in 2011 when the Security Council, by specifically referring to the “Responsibility to Protect” in its resolution, authorized humanitarian intervention by the international community.

The US attack this time was not based on a Security Council resolution. Those who oppose such intervention called the US action illegal under international law. Russia, which supports the Assad regime, even called it an “act of aggression”. On the other hand, most of the Western countries, including Japan, has expressed their political support to the US action. They see it necessary as the use of chemical weapons constitutes a violation of international obligations and further use of banned chemical weapons should be deterred. Furthermore, Syria violated its own obligations emanating from the Chemical Weapons Convention, which it had signed and ratified. The United States also noted that Russia, which guaranteed that no more chemical weapons existed in Syria, was either complicit or incompetent by failing in its responsibilities emanating from the 2013 agreement.

Syria had acceded to the Chemical Weapons Convention and agreed to eliminate its chemical weapons in 2013 in order to avoid US air strikes. The Convention prohibits not only development, production, storage and use, but also obliges the parties to destroy all their stockpiles. The chemical weapons which Syria had possessed were eliminated, following the Syrian declaration, by the United Nations, the Organization for the Prohibition of Chemical Weapons (OPCW) in collaboration with the United States and other countries. Russia was a guarantor of the agreement. Still, there were suspicions that the Syrian declaration might not have been full. There have since been reports of use of chlorine. Chlorine is a chemical also used to cleanse water for drinking. This time around, the suspicion is that sarin was used. Sarin is far more potent chemical, producing asphyxiating and nerve-damaging gas.

According to the Chemical Weapons Convention, when serious violations occur, the Conference of Parties to the Convention may refer the case to the United Nations General Assembly and the Security Council. This is in line with customary international law. When international treaties are violated, the Security Council becomes a means of last resort. However, as Russia holds a veto power in the Council, it cannot be expected in the current case that the Council will come to any agreement to suppress the use of chemical weapons in Syria.

The use of force without first obtaining authorization from the Security Council, except in self-defense, is considered illegal. However, there has been a precedent when military intervention was justified and went ahead without Security Council authorization. That was the NATO air strike against the Federal Republic of Yugoslavia (now Serbia) back in 1999 when Yugoslavia suppressed the Albanian Kosovars in Kosovo, a province of Yugoslavia at that time. The NATO action was justified due to the prospect of no action in the Security Council due to the threat of Russian veto and to the urgent need for humanitarian protection of those oppressed. The NATO action was seen as an exceptional measure, and later more or less accepted as justifiable. In the current case, the United States has viewed its action as measured and proportional in response to the banned use of chemical weapons.

International law is upheld when sovereign States observe it. It can also be interpreted differently in the context of international politics. In the present world where there exists no world government, how to protect international norms depends ultimately on who can enforce them and on the dynamics of world politics.