Former Admiral and Professor of the National Defense Academy Takashi Genda explained the DPRK relies mostly in the development of nuclear and missile weapons for achieving the parity with the United States, its ultimate enemy, based on the Mutual Assurance for Destruction (MAD). 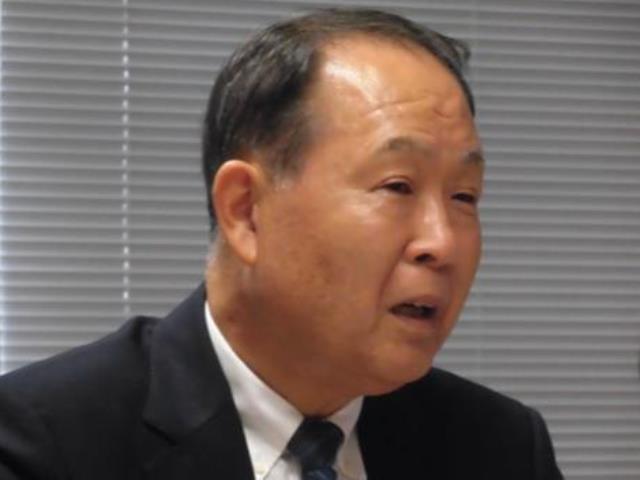 The following is a summary record of the presentation made by Mr. Takashi Genda, former Professor at the National Defence Academy of at the 25th seminar by the Global Peacebuilding Association of Japan at the University of Tokyo on 30 September. 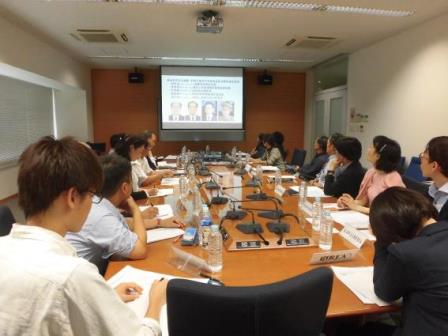 Prof. Genda assessed the level of threat posed by North Korea from a technical viewpoint. He pointed out that DPRK’s GNP is estimated at 40 billion dollars or about the same as that of the Ibaraki prefecture of Japan, growing 5-7% per year. Kim Jong Un, the 33-year old head of the State governs his country through fear. The country’s 1.9 million-strong military has an additional 970,000 stand-by reserved personnel, which constitutes a large burden on the economy. Because of the limit in its conventional weapons, the DPRK relies mostly in the development of nuclear and missile weapons for achieving the parity with the United States, its ultimate enemy, based on the Mutual Assurance for Destruction (MAD). The US is nervous about a potential attack against its territory.

Intercepting nuclear warheads are highly technical, and that gives the offensive side an enormous advantage. It is hard to be intercepted. The difficulty of having any substantive US-North Korea negotiation lies in the weak diplomatic channel. Learning from the Japanese attack on Pearl Harbor in 1941, the US has, in general, been careful in pushing North Korea to the edge. Any US decision to attack North Korea will first been detected by a sudden drop in the stock market. Also, any withdrawal of 200,000 Americans who are currently in South Korea would be taken as a sign of the US’s decision for a military action. There are also about 50,000 Japanese currently in South Korea.

It is important to recognize that strategically, North Korea constitutes a buffer zone between China and South Korea, as military extension of the United States.

Having considered all these elements, it is virtually a beginning of the Cold War. The US may pursue a containment policy, which means that the US will wait until the North Korea collapses on its own, but it would require a patient approach by the United States, while the current US President has neither political understanding nor diplomatic skills required for such a policy. 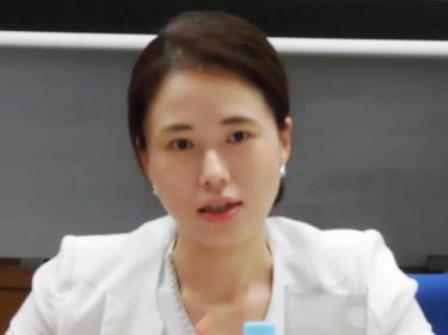 Following Professor Genda’s presentation, Prof. Kim commented that it is not necessary for North Korea to have advanced nuclear weapons if the purpose is to recover economy and maintain the State system, but nuclear and ballistic missiles would suffice for his own purpose. North Korea is intending to follow China’s path, i.e. to use advanced nuclear capability to better negotiate its status with the US.

South Korea’s economic aid to the North cannot bring about the latter’s denuclearization. If the aim of North Korea is to incapacitate South Korea, it is achieving the aim to a certain extent. South Korean people are divided on the deployment of Terminal High Altitude Area Defense (THAAD) as its relationship with China has worsened and the future of its alliance with the US is uncertain. As many as 60 percent of South Korean people agree with nuclear armament, but that would face China and Japan’s objection, possibly leading to Japan’s nuclear armament, and thus is not a real option.

South Korea’s option is to have a firmer alliance with the US and Japan, which would make a strong foundation to negotiate with China. The tension between Japan and Korea on historical issues should not prevent the two countries to have a strong alliance on this front. 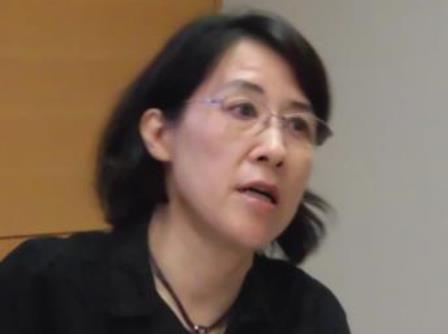 Dr. Mun commented that in North Korea, the market is flourishing. According to her field research, many kinds of goods are flowing from China, and are available if people can afford them. She posed a question to the speaker whether the US and China are considering peaceful means to resolve the tension.

Prof. Genda responded that Japan had already completed assessment on the merits of its nuclear armament in the 1960s, resulting in the current position of non-possession. He confirmed that North Korea’s economy as a State is different from the existence of extensive black market. There may be some movement from within. Dealing from outside requires great political wisdom.

In a discussion session that followed the presentation, several GPAJ members and participants made their comments and asked questions. 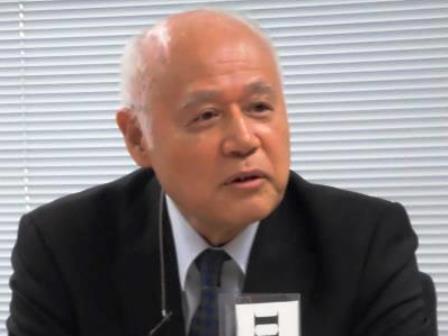 Prof. Tadanori Inomata of Nagasaki University posed a question whether te current Japanese Prime Minister was perceived by the North Korean leadership as someone to negotiate with. Prof. Genda responded that Mr. Abe took Japan-US alliance as a non-negotiable foundation. South Korea had a more lenient policy. Professor Genda then exchanged views with Prof. Yoshitaka Hanada, former Ambassador to Timor-Leste about the technical aspect of missile interception and any training carried out in Japan. 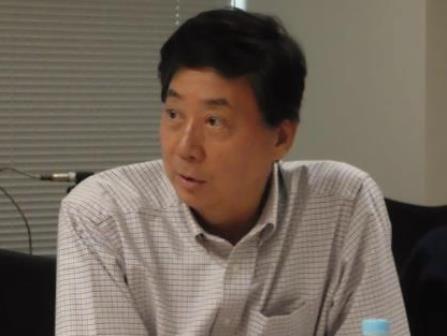 Mr. Ken Inoue of Japan International Cooperation Agency (JICA) asked whether there was a possibility that the US make the preemptive attack, and what damage Japan would do in such a case. He also commented that USA and Japan were insisting tougher sanctions against DPRK, while Russia and China were supporting continuation of dialogues, but the tough sanctions had lead Japan’s attack on Pearl Harbor and the appeasement policy at the Munich meeting had lead Hitler’s invasion, therefore, in either way, situation appears pessimistic. Prof. Genda answered that all depended on what the US president was thinking. Possible attack by North Korea would be against South Korea. The worst scenario would be that Japan gets hit by a nuclear weapon, but that it was not clear where it would come from. Long operations would cause large casualties, so, any offensive would be short. 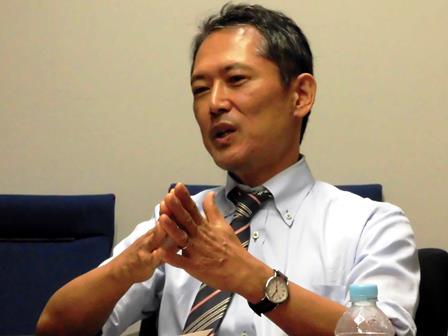 Prof. Takaaki Mizuno of Kanda University of International Studies mentioned that North Korea was using nuclear weapons as a card for negotiation so that it would make a good deal with the US. Possibly looking at Libya and Iraq, North Korea considers it necessary to have nuclear weapons for its existence. Japan and South Korea are de facto the frontline of the United States, and at this stage no decoupling was possible. Japan’s Aegis capability is a crucial part for the US. It is impossible to have Japan or South Korea to only protect itself. Within a few years, there could be a comprehensive deal. Mizuno asked whether it was better to have all combined, and whether there was any possibility that Japan becomes the first target before North Korea attacks the US. Prof. Genda replied that there were only few options, and all depend on national leaders. Japan had a firm civilian control system and would not be able to make the preemptive attack.

Prof. Kim stated that South Korea is firm in its consideration that there is no armed conflict in the peninsula. She asked if the US may attack North Korea from its side. Prof. Genda answered all US operations would involve Japan, and its unilateral attack without Japan’s involvement would be impossible.

Prof. Satoru Kurosawa of Kyoritsu Women’s University asked potential scenario of collapse of North Korea. Prof. Genda answered that two Koreas have too different economic statuses that they could not unite easily like West and East Germany. For South Korea, it is better that the North existed at this present moment. Therefore, establishing a democratic regime in the North after its collapse and reunification in 10 to 15 years would be pragmatic. 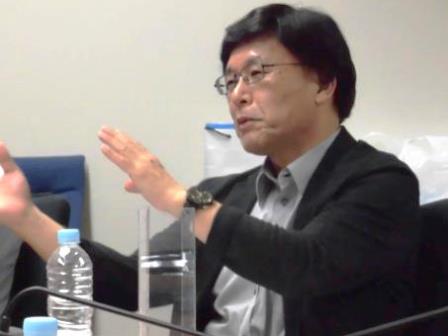 Prof. Mizuno referred to the UN force in Korea: the only UN force in history. He asked how that may be used in this situation.

Prof. Hasegawa, President of the Global Peacebuilding Association of Japan (GPAJ), noted that the psychological state of national leaders has a large influence on international politics. Once leaders use propaganda for a certain period of time, they start believing in it. He then asked for a reason Mr. Abe had dissolved the Diet at a time many people felt threatened by a possible outbreak of war between the UN and North Korea. 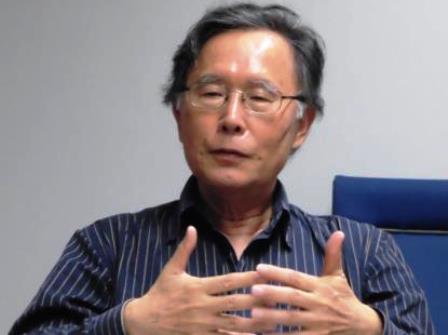