NHK reported that Finland maintained its top position for the second consecutive year in the 2019 edition of the World Happiness Ranking and that Japan was downgraded 4 ranks to 58th. “Happiness” reflects a subjective feeling of people, and it does not reflect Japan’s such a low status in happiness. Japan should question the intention of the producer of the indicator. It is inappropriate use of indicators or the theme. The indicator “development” seems more appropriate than “happiness” of a nation. 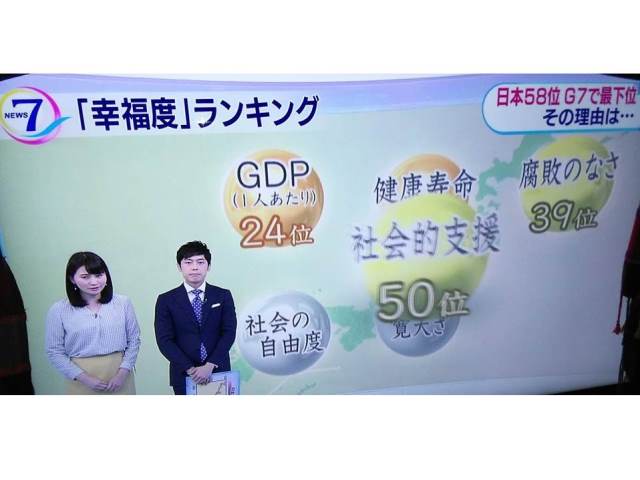