In the Thematic Session 3, under the chairmanship of Ambassador Takahiro SHINYO, Dr. Shahr-Yar Mahmoud Sharei, Executive Director of the Center for UN Constitutional Research (CUNCR) will discuss the San Francisco Promise and Article 109 for the UN Charter view, while Professor Zhang Guihong, Director of Center for UN Studies at Fudan University in Shanghai will call for replacement of the Trusteeship Council by the Human Rights Council and Professor Vesselin Popovski of Jindal University in India will propose upgrading of the Peacebuilding Commission. 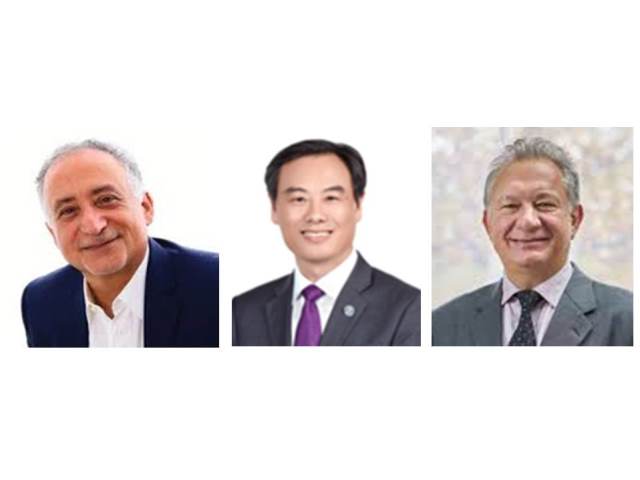 The Charter of the United Nations
1. Background information
Since the United Nations Charter was promulgated in June 1945, the United Nations started its mission in 1946. The Charter forged in San Francisco envisaged a new global organization aimed at securing lasting peace and security, but its viability depended on how it could adapt and respond to the changing requirements of the global community. Preceding to the adoption of the UN Charter, major powers the United States and Great Britain on one hand and the Soviet Union on the other negotiated hard but were not able to agree to the important question of voting procedure at the previous rounds of negotiations, including Dumbarton Oaks, by 1944, but it was finalized in the Crimean Conference in 1945, known as the Yalta Formula. Despite objection of many states, the Yalta formula and the veto power of major powers remained unchanged. But it was only in San Francisco where idealism asserted itself to prevail the outcome of the conference where the Charter of the United Nations was adopted as an amalgam of realist assertions of great powers and idealist aspiration of small powers for world peace and progress. Bearing in mind the imperfect nature of the Charter, the founding nation states of the United Nations agreed to review the Charter “at a date and place to be fixed by a two-thirds votes of the General Assembly and a vote of nine members of the Security Council” (Article 109).

2. Purpose of the Thematic Session
The purpose of this thematic session is first to ascertain the vision held by the member states of the roles of the United Nations in a global community and second to determine how the UN structure should be re-constituted.

3. Issues for Discussion
Specific issues for critical discussion and examination includes the following.

4. Modality of Session Management
This thematic session will be managed by Professor Takahiro Shinyo who will act as the moderator. Mr. S.M. Sharei, Executive Director of the Center for United Nations Constitutional Research will first make his presentation on the implication of San Francisco promise for reviewing the Charter through the provision of Article 109. His presentation will last for 15-20 minutes. He will be followed by other presenters and discussants who will be given 8-10 minutes each. After the initial presentations and discussions among the panelists, the floor will be open for discussion of the issues that are identified in above 3 and raised by presenters and discussants. 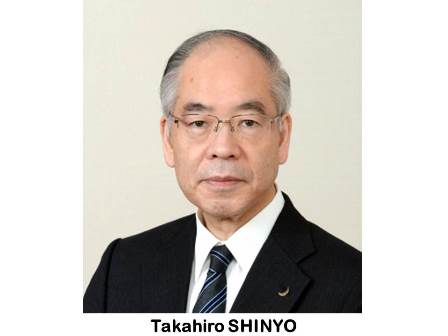 Professor SHINYO is President of Japan Association for United Nations Studies. He is graduated from the School of Law, Osaka University in 1972. He studied also at University of Göttingen in Germany. After joining the Japanese Ministry of Foreign Affairs, his first post overseas was at the Embassy of Japan in Switzerland. He subsequently held several diplomatic posts before he became Deputy Director-General of the European Affairs Bureau and Director-General of the Global Issues Department. In 2006, he became Ambassador and Deputy Permanent Representative of Japan to the United Nations in New York. Then, from 2008 to February 2012, he served as the Japanese Ambassador to Germany. He is currently Professor and Dean of the Integrated Center for UN and Foreign Affairs Studies of Kwansei Gakuin University. 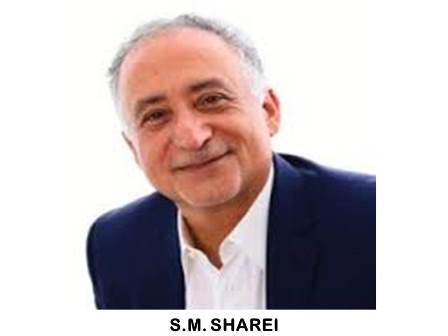 Dr. Shahr-Yar Mahmoud Sharei, whose specialization is public international law and the UN Charter, is the founding Executive Director of the Center for United Nations Constitutional Research (CUNCR). Under the stewardship of Dr. Sharei, CUNCR has embarked on research and seminar programs focusing on Global Governance Laboratory. Programs have commenced on “Climate Justice Governance” series, UN and Security Council reform, by upholding the “San Francisco Promise” and the rediscovery of the legality and potentials of Article 109 UN Charter review conference. The latter was also the title of a workgroup funded by Global Challenges Foundation of Sweden on UN Charter review. Further, CUNCR has initiated “How to Assemble Parliamentary Assemblies” series on institutional capacity building and cooperation amongst regional parliamentary assemblies (IPIs), towards expanded competency and people’s participation in regional and global governance. Mr. Sharei is a member of ACUNS. 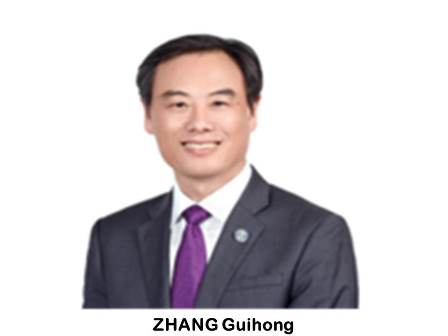 Professor ZHANG Guihong is Director of Center for United Nations Studies at Fudan University in Shanghai. He is also Vice President and Secretary General of Shanghai UN Research Association. His major areas of research include UN-related issues, Sino-U.S.-Indian relations, International Organizations, and Asia-Pacific security. He is the author of the book entitled Strong UN, Better World, and the editor-in-chief of “Fudan UN Studies Series”. Professor ZHANG was a visiting scholar at the Henry L. Stimson Centre (2002-2003), Monterey Institute of International Studies, University of Georgia (2008), and University of Washington (2010), USA, and ASIA Fellow at Jawaharlal Nehru University as well as Institute for Defense Studies and Analyses (2004-2005), India. He obtained a Ph.D from Fudan University in 2003.

Considering the last trust territory (Palau) became independence and joined the UN in 1994, while the human rights has been one of the three pillars of the UN, it is time to take action to reform the composition of the main pillars of the United Nations. Professor Zhang Guihong proposes to replace the Trusteeship Council by the Human Rights Council and upgrade the latter from a subordinate body under the UNGA to one of six principal organs of the UN. The UN Charter, Chapter 11, 12 and 13 in particular, needs to be amended accordingly. 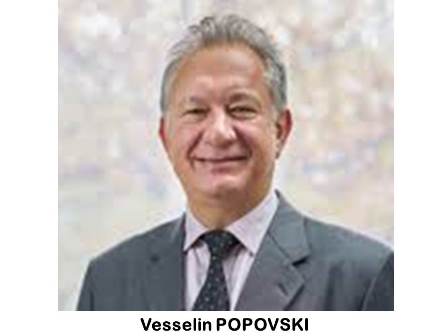 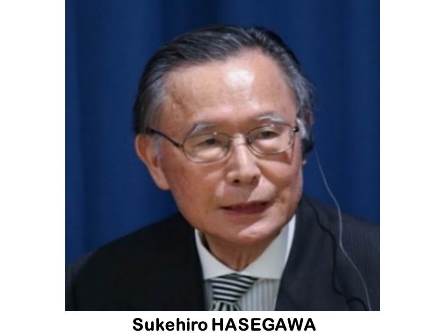 Dr. Sukehiro Hasegawa is President of the Global Peacebuilding Association of Japan; Director for Academic Exchange of the UN Association of Japan; Director of the Tokyo Office of the Academic Council on the UN System (ACUNS); Chair of the Hiroshima Peacebuilders Center Council, Chair of Japan Council for Global Governance, advisory body for members of the Diet of Japan. Hasegawa served the United Nations for 37 years from 1969 to 2006 and held senior positions in UNDP and UN peacekeeping and peacebuilding missions. He was Special Representative of the Secretary-General of the United Nations for Timor-Leste from 2004 to 2006.
Rapporteur: 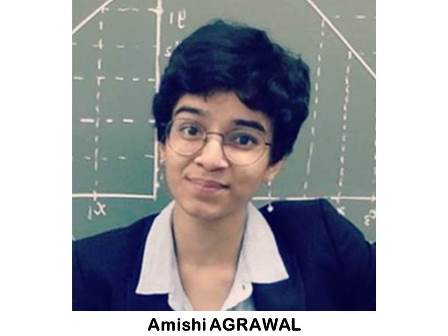 Ms. Amishi Agrawal is an international student at the University of Tokyo, Japan. Currently a sophomore, she is pursuing an undergraduate degree with a major in East Asian studies. She is most passionate about science-policy interfaces such as environmental studies and bioethics, and finds Economics, Law and Policy as the most effective tools to approach them. Also an avid reader and writer, she is exploring effective research and public communication strategies alongside and through college for now. She has experience in designing and managing student-led projects for waste management, LGBTQIA+ rights and gender equality. As a hobby she volunteers with Sofar Sounds – a global music events organization.