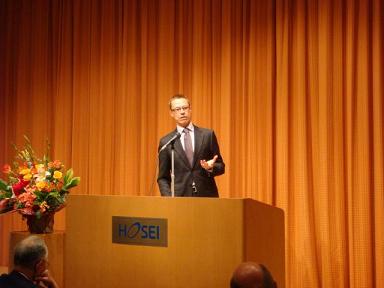 The years 2009 and 2010 are the period of transforamtion, as the unipolar world had ended and a multipolar world has emerged foｒ global governance. The European Union has emerged as a superpower with the biggest economy. The 35-member EU had achieved prosperity, stability and security. The influence of Asian countries in the world has increased with China, Japan and Korea acting as models. Asia is the source of future growth. The idea for an East Asian Community is an innovative one. Japan can play the role of a bridge builder. The European Union will strengthen its relationship with Asia.