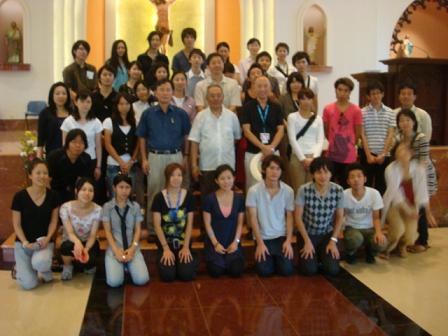 The UN study tour to Timor-Leste started on Sunday, September 5, with a visit to the Cathedral of Dili immediately after the arrival. Father Jose Antonio Da Costa, Vicar-General and the Parish Priest of the Cathedral of Dili received the group and explained how the Cathedral was renovated in 2008/2009. The Diocese of Dili was established seventy years ago as the Roman Catholic Diocese of Díli from the Roman Catholic Diocese of Macau. The Church was maintained and left free to continue its religious practices during the Indonesian occupation. It remains the main religion of Timor-Leste, although the people are free to practice any religion.
(Yuho Nakagawa)