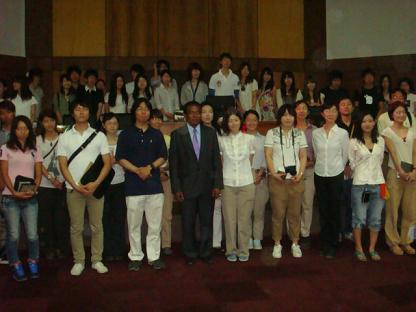 Fernando Lasama de Araujo, President of the Timo-Leste National Parliament, held a meeting with a group of more than 40 Japanese study tour participants at his parliament office on September 7. He briefed the visitors on how the composition of the Parliament and how the business was conducted. In response to a question about the frequent changes in the Prime Minister of Japan in recent years, Mr. Lasama said “the State would have collapsed if it had happened in Timor-Leste. It is noteworthy that Japan has a strong foundation for democracy so that the government can continue even under such a condition.”