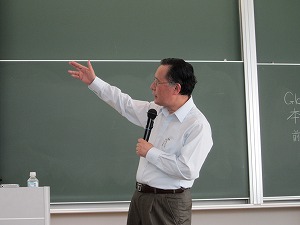 At the beginning of the class, Mr. Yukio Yamazaki, Mr. Shintaro Otuka came and introduced themselves. We looked at how global governance development. There are “Realism”, ”Liberalism”, ”Neo-Marxism”, ”Constructivism”, and “Functionalism”.

We started from Realism. Realism has three basic points. First, foreign policy is governed by objective laws. Secondly, the states are primarily motivated by the desire for military and economic power and security. At the last, it is anarchy , it means power politics. We have to recognize about realist approach. Key actor is international system, and sovereign states. We view of the individual about power-seeking, selfish, and antagonistic, and also view of the state about seek power, unitary actor with a defined national interest.
Realist thought basically three components. There are Classical Realism, Neo-Classical Realism, and Neo-Realism. Classical Realism concerns two things. Machiavelli’s theory is “Nation state leaders pursue national interest and adapt to the changing political power configurations”. Hobbes said “”Power decides things”.
Rousseau’s theory is about anarchy. Morgenhaus who wrote the book “politics among nations” is Neo-Classical Realist. He says international law is created by human nature; international politics is governed by power and interest. They are who Realism has four thought. 1. Security of state remains the supreme goal in a world of anarchy. 2. Self-interest and power are the primary motive of human and State behavior. 3. People and nations continue to act in order to maximize their own self-interest. Responsibility of leaders is to safeguard the power and security of state. Rousseau says there is no human nature; anarchy- fear, jealousy, suspicion and insecurity. Morgenthau says in this politics among nations, international laws are created by human nature; international politics is governed by power and interest. He says “Politics is governed by objective laws with roots in human nature”, “The concept of interest in terms of power which infuses rational order”, “Power is to control to man over man. Not fixed once and for all”, “Universal moral principles nation is not synonymous with the moral laws that govern the universe” and “Autonomy of the political sphere and the power of nation”. “Political realism is based on a pluralistic conception of human nature.” “Political man is a beast with no moral restraints.” Then, he also says the statesman must think in terms of the national interest; conceive as power among other powers. The popular mind, unaware of the statesman’s thinking, reasons more often than not in the simple moralistic and legalistic terms of absolute good and absolute evil.”
One of the popular Neo-Realist is Kenneth Waltz. He wrote the “theory of international politics”. He says that everyone says there is anarchy, but if you look at carefully, even this anarchy, society has systems. We have to recognize states maximize security and there is an international system. He says bio polar system is most stable system because unit polar system is no one checks.
There are three common principle of school of Realism. First one is called “statist” which state is the main actor and its sovereignty supreme. Secondly, their goal is survival; state security is its principal interest. Last one is self-help. Security is achieved only by self-help because of the international structure like North Korea. So, anarchy is not chaos. Population and size of territory, resources, economic strength, military capability, and competence are important to fight. “Nation State’ action can be explained by the pressures exerted on them by the international competition, which limits and constraints their choices.”

Liberalism is a theory that both within states and good governance between states and peoples world wide. And people as well as the states can improve their conditions and expand freedom through democracy.
There are two Liberal Philosophers who advocated these theory: Hugo Grotius and Emanuel Kant. Emanuel Kant’s idea is “while the prince and the head of state would declare war, if left to people, there will be no more war for them to go”
For Liberalism, there is a notion that state must have government that exercise sovereignty over People and Territory. A system of state is that a society of states with common interests and common values to be found by a common set of rules in their relations. Nation states and other actors to recognize common norms, rules and interests.
And there are main points of Liberalism: Cooperation, collaboration, interaction for common good and mutual interests. Increased independent.
Neo-Liberalism’s idea is that all citizens are equal before courts, have equal rights to education, free press, religious toleration. (Aimi Ezawa) 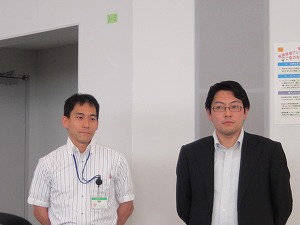