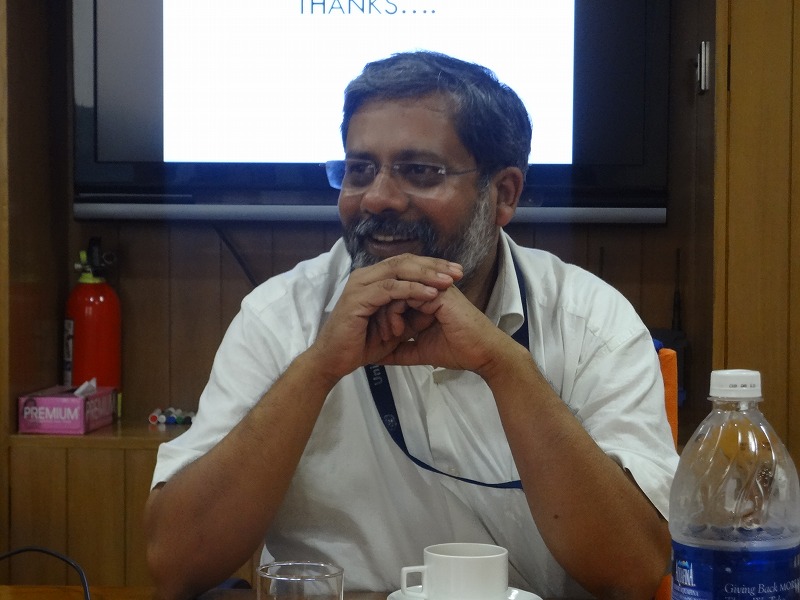 On 28th August, the India and Bangladesh study tour group visited UNFPA New Delhi office in India, and met with Mr. Venkatesh Srinivasan, the assistant of representative, Dr. Dinesh Agarwal, a programme officer, and Mr.Rajat Ray, the programme officer communications. First, they introduced the outline of their work in India. Second, they explained Social Economic and Health Status in India. They pointed out that India has a second largest population in the world, and economic growth is fast. But it causes some problems such as the gaps; unemployment between rural and urban areas, social and gender. Third, they closed the briefing by introducing their close partnership with Indian government and other members of UN country team. (Minako Ishikawa)