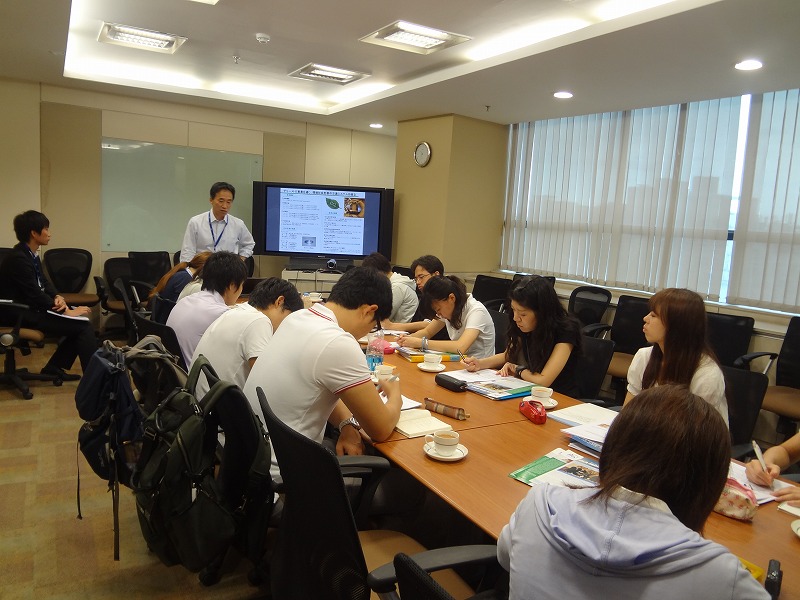 On 29th August, the India and Bangladesh study tour group visited JICA in India, and had an informative lecture by Mr. Ejima, who is the head of the Indian office. At the beginning of the lecture, he informed that Japan has invested the most money for India to support development. Then, he introduced JICA’s programmes in India minutely. JICA has some field projects on such as infrastructure, environment and education. Finally he noted that Japan has invested much money and supported the area which India needs only because Japan believes the government of India has ability to manage it effectively. After his presentation, he responded some questions by the students.(Yui Narikawa)