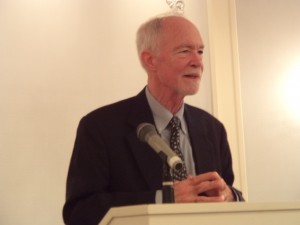 The Rector of the UN University, David Malone, addressed the issues surrounding the United Nations and East Asia before the former practitioners and scholars from Japan, China and South Korea who gathered in Kyoto on December 12 for their annual seminar on the UN system.