During the workshop held from 6 to 8 August 2015 in Tokyo, the JCK students reviewed NHK reports on why and how Japan engaged in the acts of war in Asia and the Pacific during the 1930’s and the 1940’s. 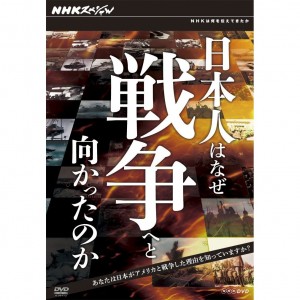 In the 1920s, “the reform of the Army” became the key issue within the Ministry of Army. The reform attempt was started by Issekikai (一夕会) which consisted of about 40 elite officers within the Army. The group consisted of young officers instead of old soldiers. The competition started among the officers within and between two groups, the Kodoha group (皇道派) who worked outside of Japan in such places as China, Southeast Asia and the Toseiha group (統制派) who were mainly based at the Army headquarters and gave instructions to the field from Tokyo. The goals for both groups were different. The Kodoha was seeking to expand the area under the command of the Army by moving on to Tianjin from Manchuria (Jilin province) via Liaoning province. On the other hand, Toseiha realized the necessity of maintaining international stability in diplomacy. Differences of views and opinions resulted in conflict among the leaders and groups, which became out of control resulting in the expansion of acts of war. The officers attached much importance to maintaining the interest of the Army and their own groups. In addition, the Government of Japan did not make resolute decisions and adopted vague decisions on consensus basis that let the field commanders proceed according to their own interpretations and preferences.

This NHK video explains how the media behaved during the war time, and newspaper and radio became a big driving force to rationalize and promote the acts of war.

Although the media’s freedom of speech was said to be respected by the Japanese Government authorities, the situation was more complex. The eagerness of newspapers to publish events led them to chase and report on any movement of Japanese armed forces particularly after the Manchurian incident. Newspapers reported eagerly ‘Manchuria is of the utmost importance for Japan’ to rationalize the existence and conduct of the Kwantung Army (Japanese armed forces in Manchukuo). The Army invaded Manchuria in spite of lack of any clear instruction of the Japanese Government. Once the invasion started, newspapers justified and supported what the Kwantung Army did.

Newspapers and the radio were the only way for the ordinary people of Japan to know what was happening in battlefields. Increases in newspaper circulations resulted in rapid growth in the publishers’ revenues as news articles attracted people whose relatives had been enlisted to the military. Moreover, there was a competition among newspaper companies requiring them to report stories as soon as possible to win their competition with other companies. Through the process, the newspapers companies molded ‘public opinions’ by becoming a big supporter of the war.

The Japanese Army dominated the Government of Japan, which left the publishing companies no power to resist. In addition to censorship that occurred, there were two additional implications about the media. Firstly, there was a strong connection between the Japanese Government and the media. First, Prime Minister Konoe was also in charge of Nihon Hoso Kyokai (NHK), so that he was able to control mass media. Secondly, NHK had learned how to send strong messages to the people based on what Hitler was doing in Europe. Radio was the best way to incite its audience, and Prime Minister Konoe used the tool to mobilize the people in support of the Government.

To conclude, we would like to mention three lessons from the NHK reports. First, we should not start war, since it is difficult to identify and make any specific individuals who start or accelerate any acts of war; in this case, the NHK report picked up the media as a major contributor. Secondly, we also need to keep in mind that freedom of speech is important; otherwise, we get only one-sided opinions. In addition, the media participated as the one of the main supporters for Japan to go to war. The media also went out to form public opinions after the war broke out and continued. They justified what they were doing by maintaining their motivation as the news reporting increased the social and national vocation.

The first reason appears that the top leaders were not coordinating well in their decision-making process among various ministries within the Government of Japan concerning the negotiation with the U.S. and the expansion of its military power. In 1940, the ABCD encirclement (American, British, Chinese, and Dutch) and the oil embargoes imposed by the United States, affected Japan severely as 96 percent of oil consumed by Japan was brought from those four countries. This situation left Japan two options. One was for Japan to make a compromise with the U.S. Another was to let the Army and the Navy to expand respectively northward to the northern part of China and southward to Southeast Asia to secure resources. However, the Japanese government leaders in Tokyo were not able to make clear and crucial decisions, and postponed them. While a letter for negotiation was sent to the U.S., the preparation for military actions for Japan`s expansion was also carried out simultaneously.

The Army started the acts of northward invasion by interpreting the order for their convenience. The top leaders found it onerous and burdensome to stop the preparation for war. This burden always stopped the top leaders from choosing the negotiation with the U.S. The last incident that pushed Japan into war was the demand contained in the Hull note for Japan to retreat from China. This condition was far from acceptable for Japan. In the end, the top leaders decided to wage a war against the United States.

In the summary of the video, the whole reason for this war was the psychology of top leaders, who were not able to make their own decisions. The power was equally allocated to each member of the cabinet, and they ended up putting the responsibility onto each other, avoiding deciding on their own.