On September 16, 2015, the JCK Youth Forum held a cultural night show. The Japanese students excelled in their performance of traditional songs and dances. 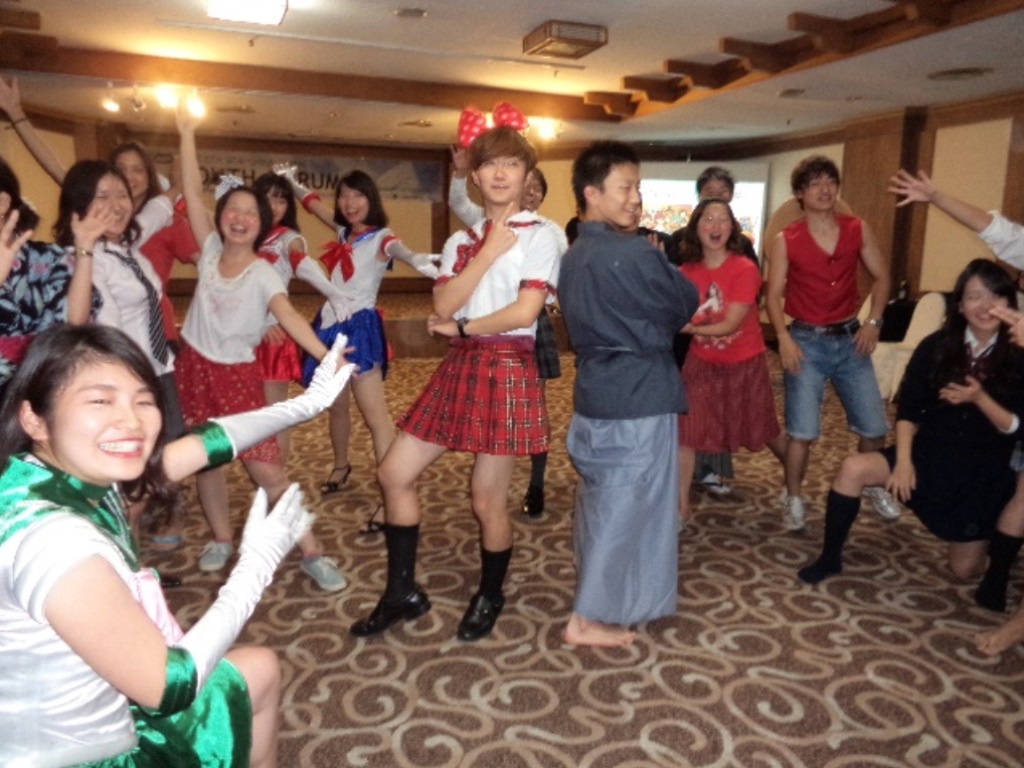 Report by Ayaka Mae of Wakayama Universitywho participated in the Cultural Night event held at the JCK Youth Forumin Gyeongju on September 16, 2015

At the end of the JCK Youth Forum, the students held a big fun cultural night event that they longed for. They performed their countries’ traditional and contemporary dances and sung song.

This year, the Korean students performed popular dances and charmed the audience, especially boys! The Japanese students first sung a song, ‘Hana wa saku’ (Flowers Will Bloom) which had been produced by NHK. The song held special meaning as it commemorated the Great East Japan Earthquake of 2011. That song brought much charity donation for the victims of the 3.11 earthquake. Then, the Japanese students performed a lively dance called “Yo-kai Taiso” which came from the animation, “Yo-kai-Watch”. The second dance was called “So-ran Bushi,” one of the most well-known traditional songs depicting the lives of fishermen.

The Chinese students performed a popular dance and a Japanese song ‘Tokinonagareni miwo makase’ by Teresa Teng who is one of the most popular Asian singers in the 21st century to bridge Japan and other Asian countries’ gaps. We also sung the song praying for improved relations between China and Japan.

In our great community we shared art thru dance and music and we re-affirmed the possibility of connecting our minds and hearts in music and dance.