In April 2016 issue of the UN Chronicle Magazine, former SRSG Hasegawa asserts, the critical task for national leaders is to secure political stability and national unity by influencing the thought and behavior of opponents.

The following is an expect of the article that appeared in the April 2016 issue ofUN Chronicle, Vol.LII No.42015
Post-Conflict LeadershipKey to Building Sustainable Peace and Development

Today, the United Nations supports over 16 peacekeeping and 11 special political and peacebuilding missions.1 Many of the countries that receive support from the United Nations are members of the g7+ group of 20 fragile States that are trying to overcome instability and move out of the conflict trap and poverty.2 Yet, many of these countries have leaders who hold on to power and wealth at the expense of national unity and welfare. My own engagement with leaders of conflict-prone countries revealed that post-conflict recovery and development depend on national leaders more than institutions with which the people may not be familiar. 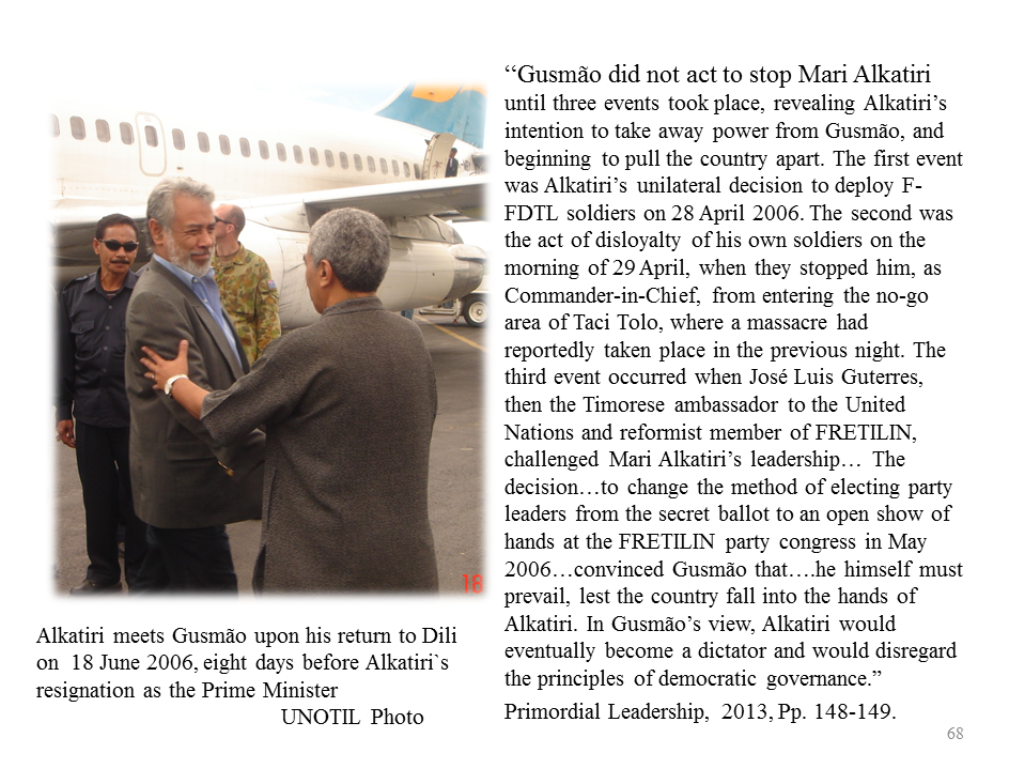 To realize sustainable peace and stability in post-conflict countries, the United Nations has basically accepted and followed the political and moral philosophy developed by John Rawls in 1971.3 Liberal democracy and the rule of law, along with the protection of human rights, became pillars for governance. Constitutions have been written and state institutions of governance established to achieve fairness in society. There is no doubt that institutional capacity-building for democratic governance is desirable for sustaining peace and stability in the long run, but in the immediate aftermath of conflict there is a more urgent need to influence and transform national leaders so that they become committed to national unity and interest. 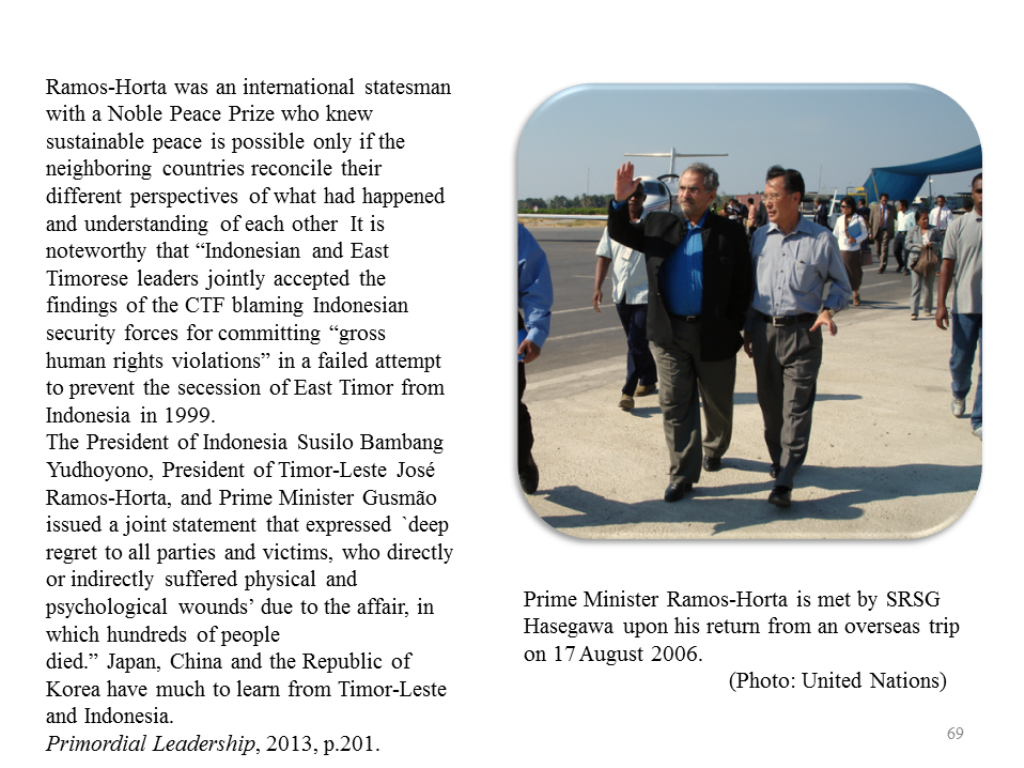 *The detailed explanation of how national leaders acted to preserve national unity and prevented their country from relapsing into armed conflict in spite of their rivalry and animosity is provided in Hasegawa, Sukehiro (2013), Primordial Leadership, UN University Press, Tokyo.