At JCK Youth Forum, Professor Hasegawa referred to Kissinger and TV Paul’s views on changing of the world order and the need to accommodate rising powers peacefully. 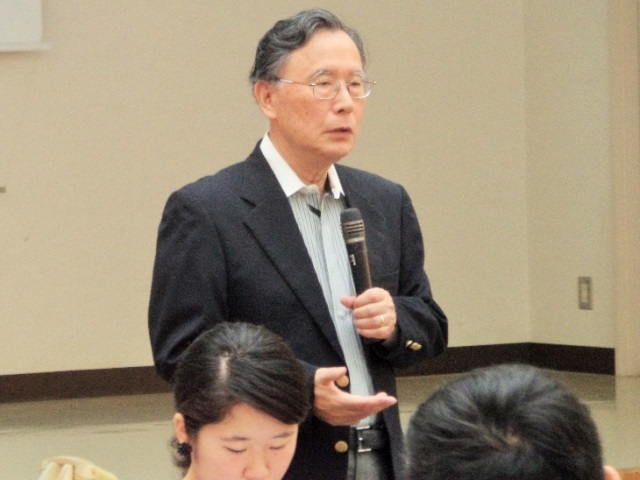 Fukuoka JCK Youth Forum28 August 2016Summary of a lecture on
Peaceful Change of the World Order through Accommodation of Each Other
Sukehiro Hasegawa,Former Special Representative of the United Nations for Timor-Lesteand Director of UN Association of Japan for Academic Exchange and Cooperation 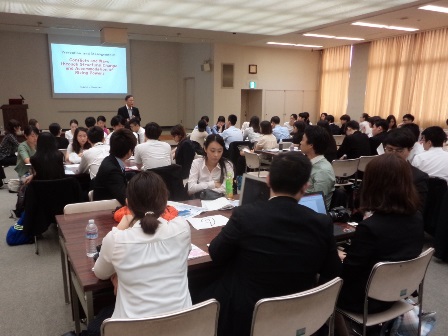 Yesterday, we had an opportunity to examine the causes of five major wars and conflicts that took place since the Second World War started.

These wars reflected the never ending human desire for power and wealth. They also showed religious, ideological, racial and national factors that played critical role in engaging armed conflicts and wars. People have been engaged in killing others for such psychological factors as hate and fear. Major wars have been fought also for change in the international system and world order. 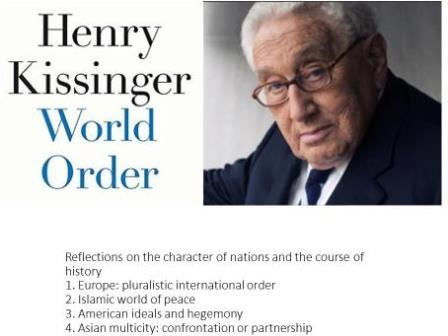 In his book, World Order, published in 2015, Kissinger presents the ultimate challenge for the twenty-first century. The challenge is how to build a shared international order in a world of divergent historical perspectives and full of violent conflict, ideological extremism and proliferating technology of mass destruction. According to Kissinger, there were four groups exercising critical roles in the contemporary world.

1. China which has risen as the second largest economy and regards itself at the pinnacle of a global cultural hierarchy;
2. Europe which sees itself as a group of civilized sovereign nation states with faith in fundamental human rights, in the dignity and worth of the human being, in the equal rights of men and women;
3. Islam which regards itself the world`s sole legitimate political unit destined to expand indefinitely until the world is brought into harmony by religious principles;.
4. The United States which emerged after WWII as the most dominant power and has played the world’s “police man” convinced of the universal applicability of democratic principles of governance but no longer willing to play the role of global security guarantor.

In the history of world civilizations, the world order has changed through violent conflicts and wars more often than peaceful means. During the last century, two world wars were fought and millions of people died. At the end of World War II, the United Nations was created “to save succeeding generations from the scourge of war, which twice in our lifetime has brought untold sorrow to mankind,”(Preamble of the UN Charter) and “to maintain international peace and security,” by removing threats to peace and taking collectively preventive measures (Article 1 of the UN Charter).

In East Asia, there is a need to address the challenges for maintaining peace and stability and create an international (regional) system that will accommodate each other and become a group that can influence countries of other regions and can help the world to maintain its peace. For this purpose, the JCK Youth Forum participants should address the following issues and possibilities.

1. China’s economy will be larger than that of the United States in 20 years if not earlier. As many other nation states have done historically, China may use its military as well as economic power to influence other countries;
2. The United States in alliance with Japan and Republic of Korea may do all they can to resist any change in the existing order in East Asia and use whatever means available to keep the status quo;
3. China, Japan and Republic Korea may learn to accommodate each other and cooperate more not only economically but also politically in spite of differences in their understanding of what has happened in the past among them and what is important;
4. By resolving problems that exist among them and identifying paths to more economic, social, and cultural cooperation, China, Japan and Republic of Korea may strengthen their relationship of mutual trust and confidence;
5. Once the relationship of trust and confidence is developed, the three Northeast Asian countries may form an East Asian community or association similar to the European Union and the ASEAN; and
6. Ultimately, China, Japan and Korea will no doubt learn to work closely together in the United Nations and other global fora to bring about changes in a way global crises are addressed so that global peace and stability can be better sustained.

In my (Hasegawa’s) view, there will never be the end of armed conflicts and wars between countries if they continue to remain the Hobbesian world of anarchy and compete in the Westphalian system of sovereign nation states. There is a need to commit ourselves to the principles of global governance by strengthening the United Nations` role to maintain peace and security. As William McNeil notes in his treatise on the history of wars in the Pursuit of Power, the mankind will continue to make use of weapons available for destruction of enemies. It is a major challenge posed by the availability of nuclear weapons that are capable of annihilating the human beings as a whole. 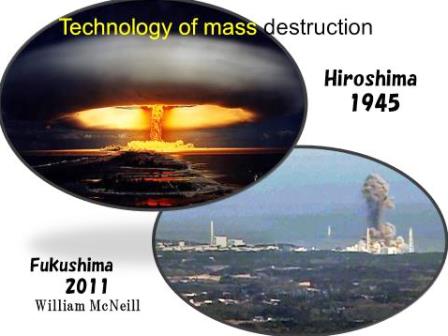 To find the way to prevent and resolve armed conflicts, we should learn from the teachings of Sun Tzu, Dorgen Zenji and Albert Einstein. Sun Tzu pointed out the need for us to know our competitors and partners as much as ourselves. 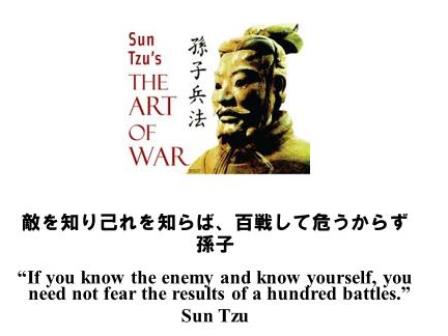 Dogen Zenji, a Buddhist monk, advised that meditation is peace and actualization of wisdom, the ultimate truth of the oneness of all things. In other words, we need to observe developments not in pieces but as a whole.

Furthermore, as Einstein said, we need to exercise our imagination in order to find solutions to problems. 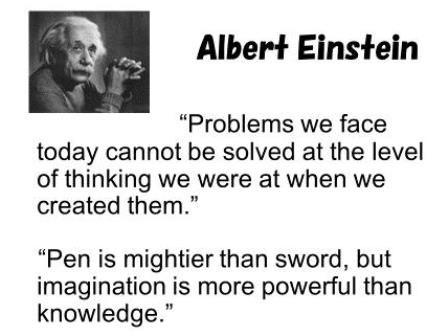