GPAJ President Hasegawa presented his concept of a communitarian autonomous peace at the meeting of CCCPA International Advisory Board held in Cairo, Egypt, on April 10, 2017.

Referring to the recommendations of the High Level Panel on UN Peace Operations submitted by its Chair, former President José Ramos-Horta, Professor Hasegawa explained that the primacy of politics in peacebuilding requires a new conceptual approach. Such a new approach should be communitarian and autonomous rather than heteronomous in its approach. 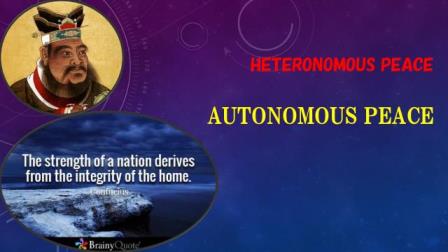 To achieve autonomous peace, the leaders of conflict-prone and post-conflict society should commit themselves to community rather than personal interest. As Confucius said, the strength of a nation derives from the integrity of the home or community. Integrity of a nation state can be sustained only if its leaders are free from fear of losing their power and wealth. They should be helped to realize that freedom from power and wealth brings integrity. The leaders need also be free from past and be more motivated for future. They should be able to transform their mind-set to commit themselves to community and national interest as the Japanese did when they were confronted by the Americans and other foreigners in the middle of 19th century and had to transform the country from the Tokugawa Shogun to the Meiji Era. Africans should stop talking about the colonial past and move forward for future.