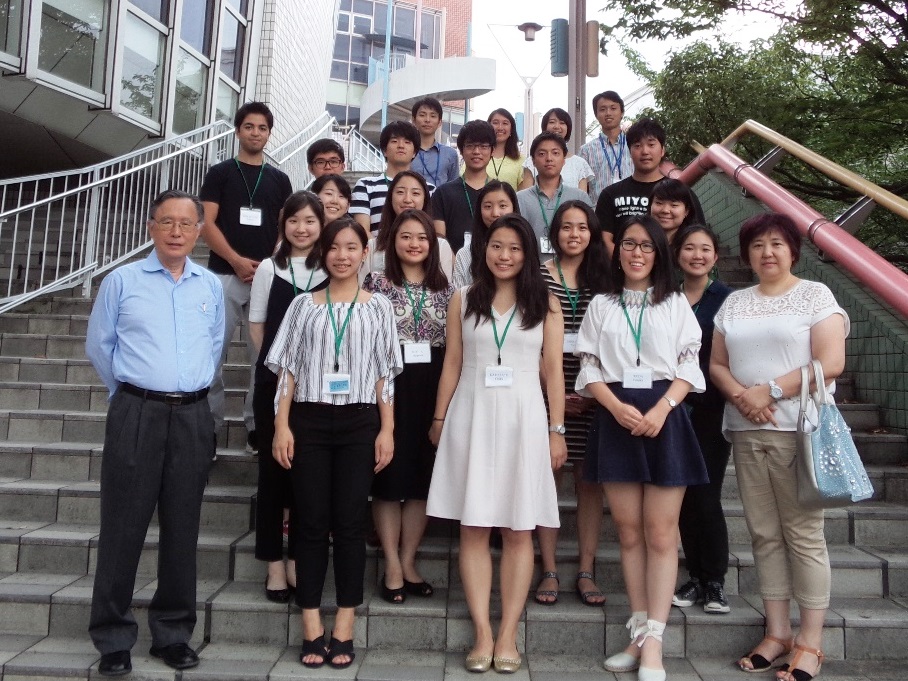 The purpose of the preparatory camp was to enable the JCK Youth Forum particiants to gain a deeper understanding of the issues between Japan, China and Korea such as but
not limited to matters such as historical issues, sustainable development and territorial issues. The participants were coached on critical thinking and approach in order to question why these issues are so complex and difficult to solve, and look at issues from different perspectives. The camp program was designed to induce the participants to nurture problem solving minds so that they can think about and suggest solutions to challenging problems specifically related to matters concerning Japan, China and Korea. The participants were to learn about the Model UN process by learnfing how international-style Model United Nations works, using “Preventing Armed Conflicts and Refugee Crises” as the topic for discussion from global perspectives.

The preparatory camp program was prepared and conducted by a team of secretariat staff consisting of Secretariat staff: YOKOSE Tenu of Keio University, SHIGENO Masami of Soka University, TAKINO Shunta of University of Oxford, KINOSHITA Wataru of Tokyo University, KIYA Andrew Taro of International Christian University, KUDO Mitsuki of the University of Nagasaki, and a volunteer staff KOBAYASHI Kurena of Sophia University who participated last year under the guidance of Professor Sukehiro Hasegawa, Director for Academic Exchange of the UN Association of Japan. 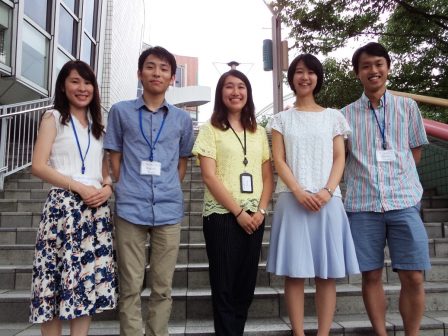 In the first day, 3rd August, the participants introduced each other and engaged in discussion with Professor LEE John Won of Waseda University, and Professor Sukehiro Hasegawa about the issues pertaining Japan and Korea. Professor Ai Kihara-Hunt made an introductory presentation on the United Nations system, and Professor Hasegawa on United Nations peacekeeping and peacebuilding as well as culture of peace. Next day, Ms. Zenobia Chan from China who worked for the World Bank and UNDP Beijing office spoke about the importance attached by China to the historical and territorial issues. 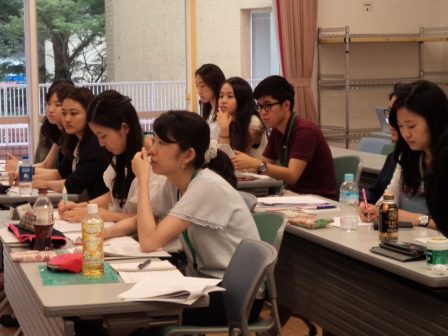 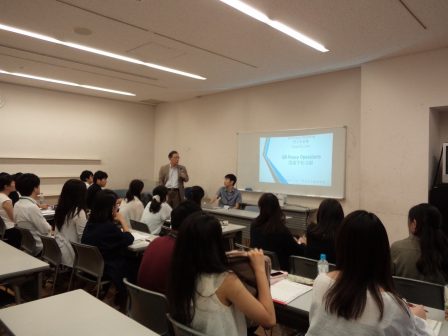 In the evening of the first day, Ms. Misato Nagakawa, the Secretary General at the JCK Youth Forum in Sapporo held in 2014 was joined by Sho Tsuyuki, the leader of the Japanese participants in the Xian Youth Forum in 2015 in explaining the significance of their participation in their professional and social life after graduation from universities. For the first 20 minutes, Ms. Nagakawa shared how the experience at JCK changed her life since the 1st session of JCK back in 2010. She chose to study at the Graduate School of Public Policy, CAMPUS Asia program, the University of Tokyo, after her undergraduate study, and has been actively involving in multiple activities related to the youth empowerment of East Asia. JCK also changed Mr. Tsuyuki’s life course. While actively involving in various activities, he decided to study in Beijing for several months to understand the Sino-Japanese relationship more.

On the first and second days, 3rd and 4th August, the JCK students held group discussions concerning the challenges facing Japan, China and Korea and how they can improve the relationship among the three countries. 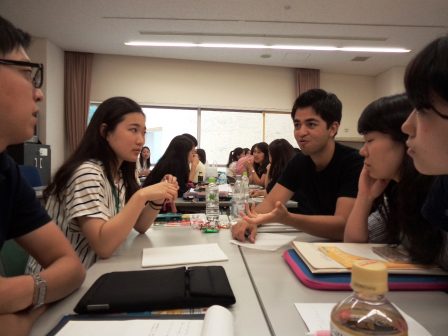 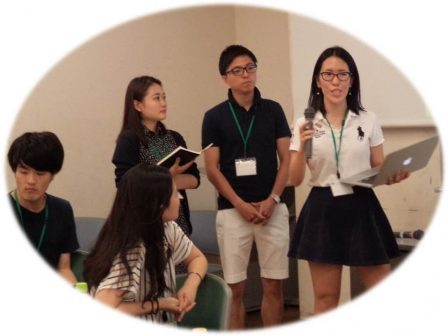 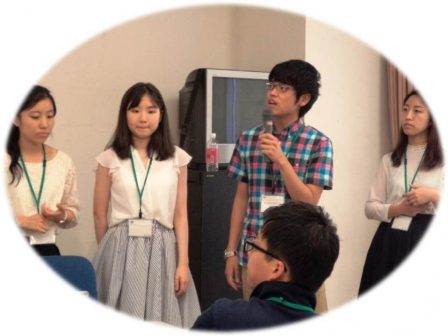 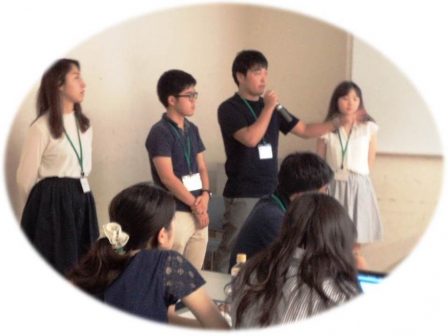 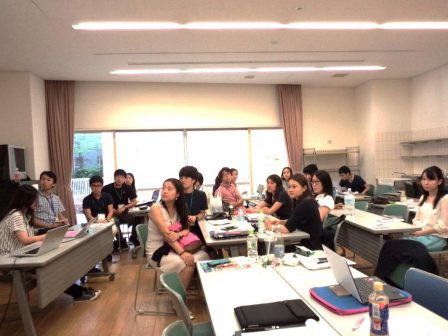 On the second day, 4th August, Mr. Yamaguchi, Deputy Director of the Global Issues Division of the Ministry of Foreign Affairs and Ms. Zenobia Chan who had work experience about SDGs in UNDP Beijing office explained what Japan and China are doing to achieve the Sustainable Development Goals (SDGs). 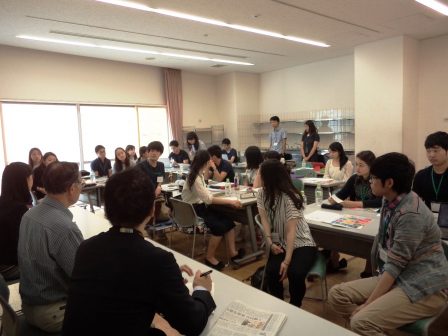 On the second and third days, Mr. Kinoshita and Mr. Takino explained to the participants the rules of procedure including the key terms, general rules, rules governing debate. The explanation covered the scope and mandate of the committee for discussion of such a topic as “Preventing Armed Conflict and Refugee Crises”, which will be the topic for the 8th JCK Youth Forum in Beijing, China. The participants simulated the First Committee of the United Nations General Assembly (also known as Disarmament and International Security).

Before the departure of some participants, they had dinner together at the Olympic Memorial Youth Center on 5th August. 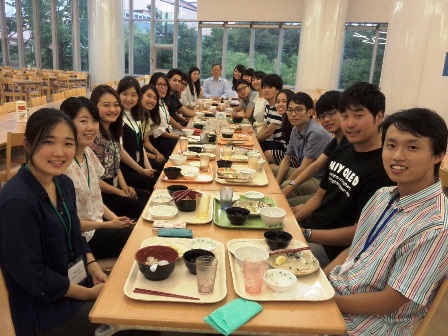 20 Japanese students will head to Beijing, China to participate in Model UN sessions and symposium discussions with their counterparts from China and Republic of Korea from 29th August to 3rd September. In the MUN, they will carry out simulation of the United Nations General Assembly sessions on the topic of prevention of armed conflicts and refugee crisis. In symposium, they will engage in discussion with Chinese and Korean students on how Japan, China and Korea can cooperate in the implementation of SDGs, foster culture of peace and development, and enhance UN peacekeeping and peacebuilding activities.